Some great news from Big Big Train today about an upcoming biography of the band by Grant Moon. More from the band:

Kingmaker Publishing is delighted to announce the publication of the biography of Big Big Train. Written by music journalist Grant Moon, Big Big Train – Between The Lines: The Story Of A Rock Bandwill be published on 16th June 2022.

Big Big Train – Between The Lines documents the entire career of Big Big Train to date. From the band’s humble beginnings in Bournemouth on the UK’s south coast and its slow progress through the 1990s, Classic Rock and Prog magazine writer Grant Moon then covers Big Big Train’s endurance through the 2000s before charting the arrival into the band of drummer Nick D’Virgilio in 2007 and their breakthrough with 2009 album The Underfall Yard, their first with vocalist, songwriter and multi-instrumentalist David Longdon.

The book goes on to explore the band’s steady rise to greater commercial and critical success during the 2010s, including their return to live performance in 2015 and triumphant headline show at the Night Of The Prog festival at Loreley, Germany in July 2018.

Big Big Train – Between The Lines concludes by bringing the band’s story fully up to date, detailing last year’s Common Ground and this year’s Welcome To The Planet albums and how the band have persisted despite numerous challenges including the turmoil of the Covid-19 pandemic.

The book was written primarily in 2020 and 2021 and completed early in 2022 to take account of David Longdon’s tragic death in November last year. Moon interviewed over 30 musicians and other individuals connected with Big Big Train and their story. These included Tony Banks of Genesis, who provides significant insight into David Longdon’s audition to replace Phil Collins in Genesis.

Big Big Train – Between The Lines will be published as a ca. 270-page, coffee table-style hardback book, with over 180 photographs and illustrations documenting the band’s career and the early lives of band members, many of which have never been previously published.

The book is available for pre-order now from Burning Shed via https://burningshed.com/store/kingmaker. All pre-orders will be signed and individually numbered by Big Big Train founder Gregory Spawton and author Grant Moon.

Thank you for your support 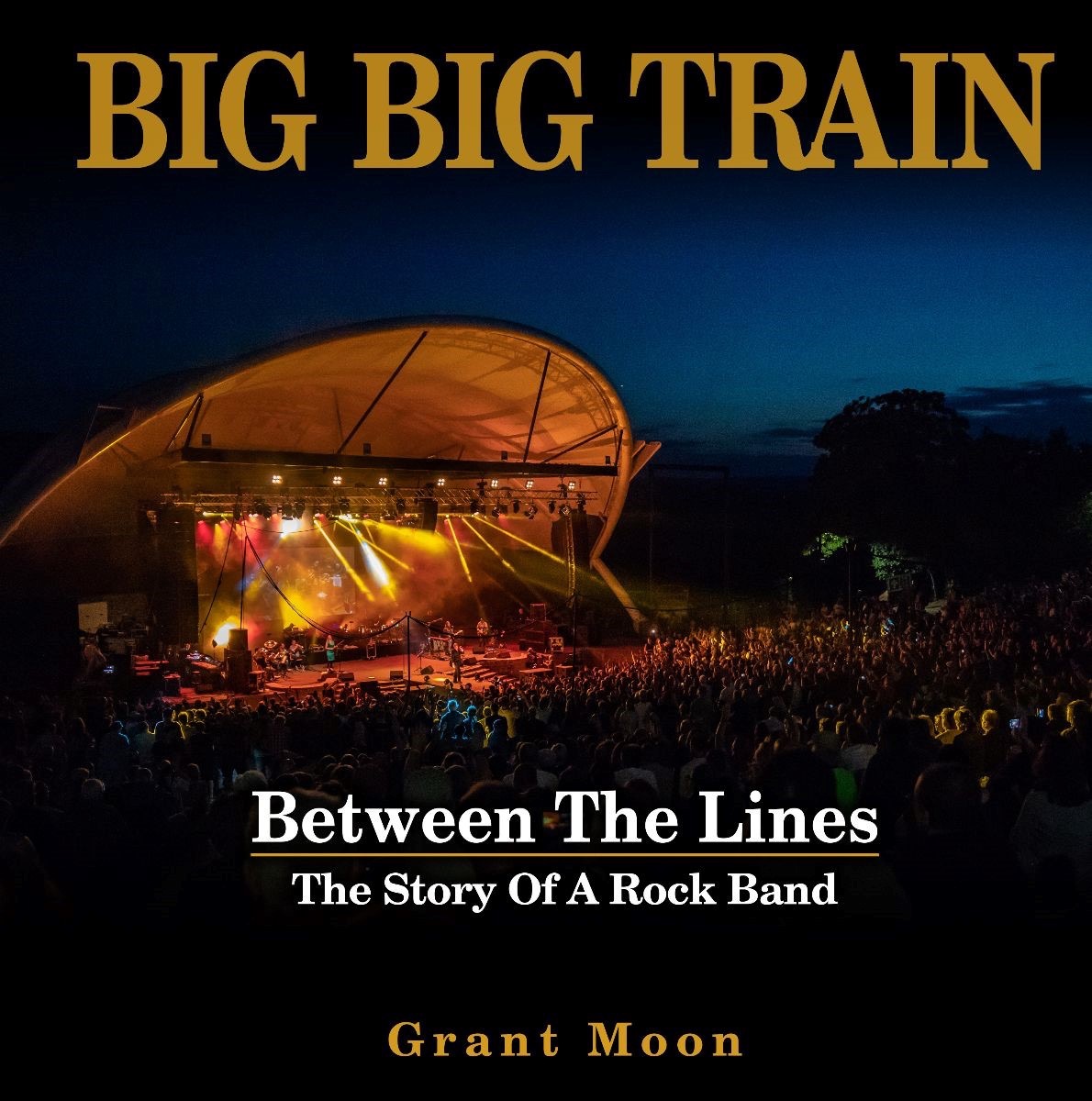