In the era of Napoleon, the Prussian diplomat Klemens Wenzel Furst von Metternich coined the phrase, “When France sneezes, the whole of Europe catches a cold.”  Like all good clichés, it’s been re-purposed endlessly since the 1800s.  Which leads to today’s question: when the music industry of 2020 catches COVID-19, what does the progressive music scene come down with?

In the last few weeks, the toll of the current pandemic has been steadily mounting, with the postponement or cancellation of tours by Yes, Steve Hackett, Tool and Big Big Train (plus this year’s Cruise to the Edge) at the tip of the iceberg.

The tale of Leonardo Pavkovic, impresario of MoonJune Records and MoonJune Music (Bookings and Management) is all too grimly typical; since the outbreak of coronavirus, eight MoonJune-booked tours have been cancelled at a loss of about $250,000 to the artists, with many more tours now in jeopardy.  MoonJune artists Stick Men lost 8 of 9 concerts in Asia, plus their US spring tour; touch guitarist Markus Reuter resorted to GoFundMe in order to make up for the loss of six months’ income.

So where’s the good news?

For one thing, the plight of progressive musicians has resonated strongly with their fans. Reuter’s GoFundMe goal was met in just over a day; Pavkovic has had a newly positive response to MoonJune’s digital subscription program and discount offers. (Full disclosure: I’m a digital subscriber and I love it!)  And now Bandcamp is getting into the act:

To raise even more awareness around the pandemic’s impact on musicians everywhere, we’re waiving our revenue share on sales this Friday, March 20 (from midnight to midnight Pacific Time), and rallying the Bandcamp community to put much needed money directly into artists’ pockets.

So (if your situation allows it), who can you support via downloads, CDs, LPs and merch bought on Bandcamp this Friday?  Well, you could start with four fine new albums I’ve reviewed this year:

Then move on to other artists well loved on this blog:

Best of all, the music keeps on giving.  Leonardo Pavkovic is already sharing details about his next MoonJune albums: a live set from Stick Men’s only uncancelled Asian concert, plus an album of improvisational duets by Markus Reuter and pianist Gary Husband recorded during down time in Tokyo.  And jazz-rock master John McLaughlin has made his most recent album (Is That So with vocalist Shankar Mahadevan and tabla player Zakir Hussain) available as a free download.

Whither the music industry in time of pandemic?  As with everything else, it’s way too soon to tell.  But, if all of the above is any indication, progressive music — due to the indefatigable, awe-inspiring musicians who make it — will survive.

2019 was a breakout year for Fernando Perdomo.  As one of the first-call Los Angeles sessioneers assembled for the music documentary Echo in the Canyon, he’s been seen and heard on screens large and small around the world, backing up modern pop icons like Jakob Dylan, Beck, and Fiona Apple with his bracing guitar work and unmistakable stage presence.

Thankfully, Perdomo (who first surfaced in these precincts as Dave Kerzner’s lead guitarist and production sidekick) still loves his old-school prog rock, as the latest installment in his series of instrumental Out to Sea albums attests.  While the original Out to Sea focused on tributes to his musical heroes and OtS 2 served up dazzling miniatures of dizzying rhythmic and sonic variety, Out to Sea 3: The Storm turns out to be that delight of prog fans everywhere — a concept album!

After a theme song that pushes out from acoustic shores into the electric surf, “Wonder” showcases Perdomo’s inexhaustible gift for melody and his slick multi-instrumental chops. These two tracks are majestic cruises over the bounding main, with wave on wave of soaring guitar, shimmering keyboards, and loosely grooving drums, all played by Fernando himself.   “Cycles” features more tasty electric soloing over a simple, hypnotic bass lick; then Perdomo’s acoustic guitar gently weeps as “The Storm” hits:

From there on, the music and the implied storyline just keep getting wilder, as Perdomo throws himself into the deep.  “The Great Known” swings in 7/4, with a Beatlesque bridge sandwiched in the middle; “Frenzy” dives into exhilarating power riffage; “The Tambourines of Malmo” keep time to asymmetrical surf music, with a Latin American side trip tossed in.  The spindly wah-wah funk of “The UFO Club” slams hard into “Doom Is Often Loud” (which, with Morse code riffing, ominous Mellotron pads and a slinky John Bonham groove, totally delivers on its title’s promise), which in turn sets up the skewed chromatic waltz of “The Crab”.  Is the story all just a nightmare or a landlubber’s yarn, as the beautiful, mostly acoustic closer “Dawn” implies?  No matter what you conclude, the musical voyage Perdomo takes his listeners on here is a worthwhile trip — heady, hearty, heavy and tons of fun.

If you’ve enjoyed the previous Out to Sea albums, you’ll find OtS3: The Storm a worthy successor — indeed, a fitting conclusion to the story so far; if you haven’t heard them, I think it’s the perfect introduction to the series.  Either way, Fernando Perdomo’s widescreen compositional vision and instrumental prowess are on full display here, and the results are completely delightful.

Out to Sea 3 is released March 6; downloads and CDs are now available to preorder on Bandcamp. 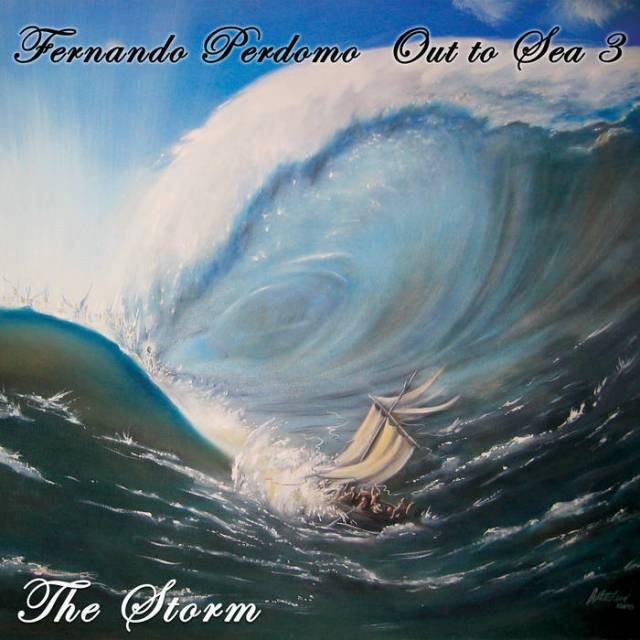 More new music, live albums, reissues (regular, deluxe & super-deluxe) and even books about music heading our way between now and Christmas?  Yep.  Following up on my previous post, it’s another exhaustive sampling of promised progressive goodies — along with other personal priorities — below.  Click on the titles for pre-order links — whenever possible, you’ll wind up at the online store that gets as much money as possible directly to the creators.

Andrew Keeling, Musical Guide to In the Court of the Crimson King, 10/50 Edition: composer/musicologist/online diarist Keeling’s revision of his 2009 book (the first of a series acclaimed by King Crimson’s Robert Fripp).

Marillion with Friends from the Orchestra: 9 Marillion classics re-recorded by the full band, the string quartet In Praise of Folly, flautist Emma Halnan and French horn player Sam Morris.  Available on CD.

King Crimson, In the Court of the Crimson King (50th Anniversary Edition): featuring brand new stereo and surround mixes in 24/96 resolution by Steven Wilson.  Available in 3 CD + BluRay or  2 LP versions.  (Note that the new mixes will also be included in the Complete 1969  CD/DVD/BluRay box set, which has been delayed until 2020.)

Van Morrison, Three Chords and the Truth: 14 new songs from Van the Man, available in digital, CD or LP versions.

END_OF_DOCUMENT_TOKEN_TO_BE_REPLACED

Dave Kerzner’s In Continuum has unveiled “Crash Landing,” which features Steve Hackett of Genesis fame, and also Jon Davison of Yes, who sings on it with Kerzner.

What new music, live albums, and reissues (deluxe and otherwise) are heading our way between now and Black Friday?  Check out the exhaustive (and possibly exhausting) sampling of promised progressive goodies — along with a few other personal priorities — below.  Pre-order links are for CDs or combo packages; vinyl editions are frequently available from the same website. 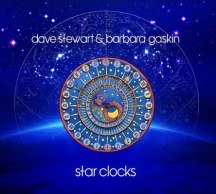 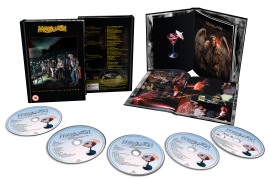 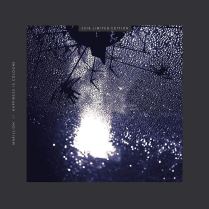 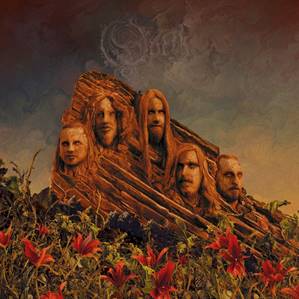 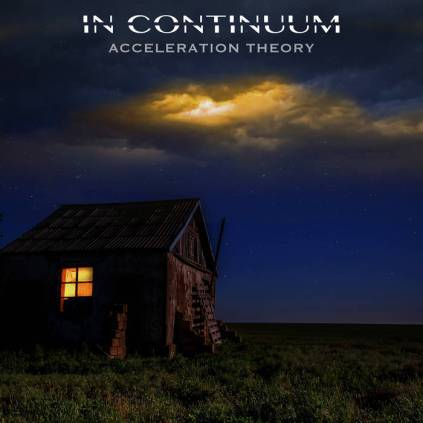 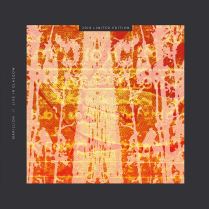 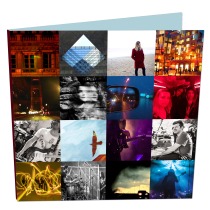 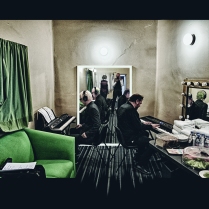 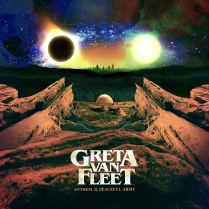 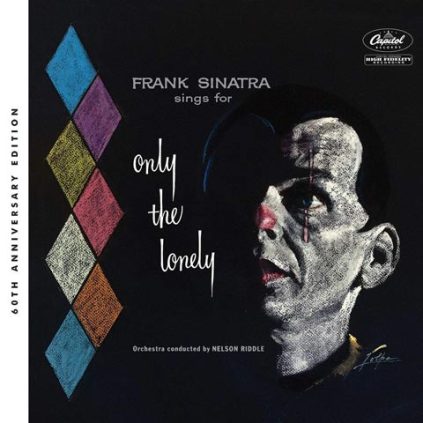 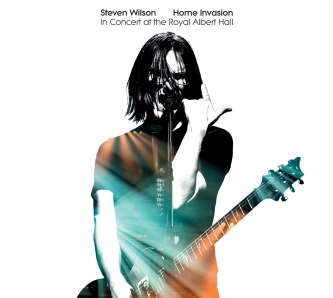 Received this excellent news from Dave today.  Very excited for Dave and all involved.  He’s on fire.  Run, Dave, run!–BB

END_OF_DOCUMENT_TOKEN_TO_BE_REPLACED 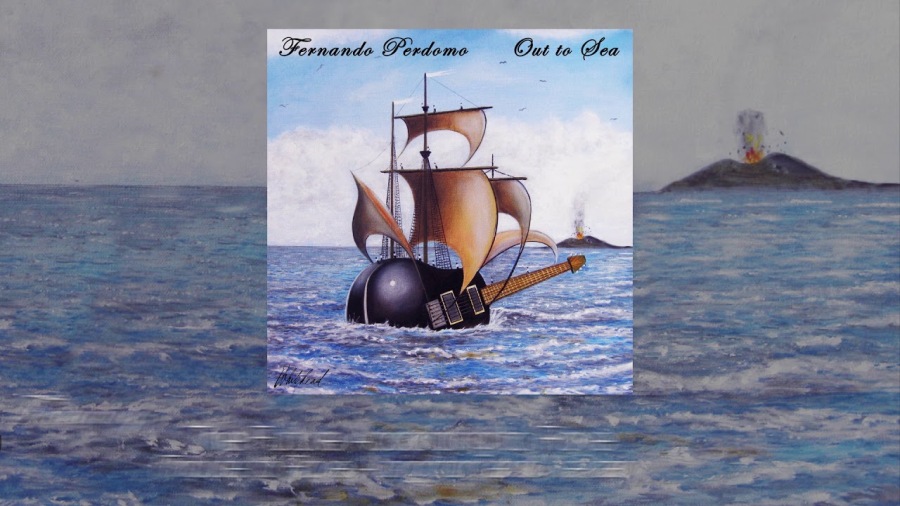 One look at his online presence and you know this: Fernando Perdomo lives, breathes and loves music.  His Facebook feed is chock full of great stuff he’s heard or created (including his vibrant contributions to Dave Kerzner’s work), and the discography on his Bandcamp page offers a musical feast ranging from power pop to abstract experiments.

But as Perdomo writes in the liner notes of his one-man instrumental album Out to Sea, “I discovered the magical sounds of Progressive Rock in 6th grade and became obsessed … This record is a tribute to the sounds that made me the musician and person I am today.”  It’s quite a journey, and a stellar tribute indeed.

Opening track “The Architect (Tribute to Peter Banks)” sets Perdomo’s course: a funky vamp, tasty octave licks and harmonized lines, rhythmic breakdowns a la early Yes and chunky, endlessly inventive leads.  Wide open vistas loom on the horizon, with one nifty moment leading straight into the next.  You can’t tell what’s coming, but soon you just relax and enjoy — because you’re sure it’ll be great.