END_OF_DOCUMENT_TOKEN_TO_BE_REPLACED

Having previously (in the last couple days) shared my 20 “Honorable Mentions” and the first half of my TOP TWENTY ( numbers 20 through 11) I come now to the pay-off.  The following ten albums are, obviously my favorite discs, but also I submit, The Best 10 Progressive Albums of 2017.  Making no apologies for my penchant of melody over rhythm, of consonance over dissonance, I have selected ten works that are heavily laden with beauty and harmony rather than experimentation and edginess (hey! while my friends were listening to the Rolling Stones I was chilling to The Moody Blues)

10)  COMEDY OF ERRORS/House of the Mind 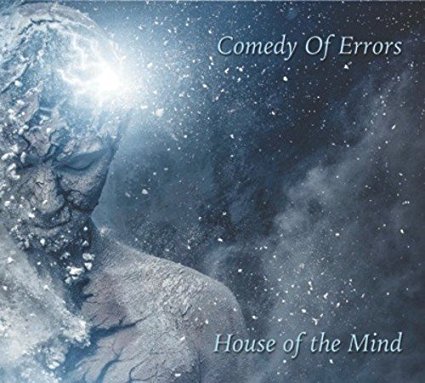 After their great 2015 release SPIRIT, this Glasgow band returns with their crowning achievement.  HOUSE OF THE MIND surpasses their prior releases with a mixture of large-scale symphonic fervor and slower and delicate textured emotionalism. The band is tight and Joe Cairney’s vocals are a real highlight. My favorite tracks are the two longer songs ‘House of the Mind’ and ‘Wandering Jacomus.’  Some of the best new prog is coming from Scotland and Comedy of Errors is perhaps the best of the best.  A+

END_OF_DOCUMENT_TOKEN_TO_BE_REPLACED

Drifting Sun have made another leap forward with their latest album, Twilight. With their last two albums both reviewed favorably here at Progarchy, that is no light praise. A UK based studio project, Drifting Sun has re-emerged over the last few years from their initial formation in the early 1990s to produce high-quality music worthy of any progressive rock fan’s collection.

The lineup has remained relatively stable since their last album, 2016’s Safe Asylum, with only one member changing: Mathieu Spaeter replaces Dan Storey on guitars. Other members include founder and keyboardist Pat Sanders, vocalist Peter Falconer, bassist Manu Michael, and drummer Will Jones. All of these guys are at the top of their game. Throughout the album I found myself thoroughly enjoying the musical complexity of drums, guitars, keyboards, and bass. New guitarist Spaeter adds a classic touch of rock brilliance to the band’s overall sound. Furthermore, Peter Falconer has a fantastic voice with a remarkable range. At times smooth and others times rough, his voice matches the music perfectly.

END_OF_DOCUMENT_TOKEN_TO_BE_REPLACED 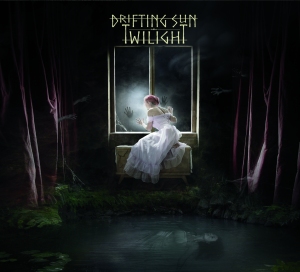 This is to announce that the new Drifting Sun is now officially available to purchase as a pre-order from our official web and from our Bandcamp page, see details below.

For those who haven’t received the news of the release yet, the album will be offered as a 4-panel Digipak with a 12-page booklet insert.,

A free sampler track is now available for download from our Bandcamp page (URL below), and our new single ‘Eternal Cycle’ comes free with every order of Twilight.
​
We hope you will enjoy listening to the album as much as we have had fun making it!

My first impression upon listening to the very beginning of this album was 1980s sci-fi drama. Then I looked at the track list, and I quickly picked up on the Alice in Wonderland theme. The album art also reinforces the mystery and fantasy of the music, and it adds to the mystique of Drifting Sun.

The English band dates back to the early 1990s, when keyboardist Pat Sanders moved from France to England. After forming a band, Drifting Sun released a couple of albums, but they put the project on pause after 1999’s On the Rebound. In 2015, Sanders decided to revive the band with Trip the Life Fantastic. The band is now composed of Peter Falconer (vocals), Dan Storey (guitars) Pat Sanders (keyboards), Manu Michael (bass), and Will Jones (drums).

Falconer’s vocals set a high bar for this band. His voice is smooth, warm, and mysterious. The band lives up to his voice masterfully. The guitar is clear, with layered keyboards, supporting bass, and drums full of chops. The production is also quite good. In short, Safe Asylum is what you would expect from a progressive rock album in 2016.

END_OF_DOCUMENT_TOKEN_TO_BE_REPLACED

A Review of Drifting Sun, Trip the Life Fantastic (2015).

This is the best word to describe Drifting Sun’s 2015 release, Trip the Life Fantastic.  From its opening note to its final one, Drifting Sun’s album brings a sense of drama and theater to rock.  There’s a Queen, Ordinary Psycho, and Muse feel to the drama, but Drifting Sun are too interesting to be derivative.  Respectful of the past, for sure.  Derivative, no.

The prominence of the grand piano helps define the drama of their sound, but so does the lead singer’s voice.  Peter Falconer (what a great name!) possesses a warm and captivating voice.  It’s not necessarily a beautiful voice, but it is a compelling one, one that effectively invites the listener to become a part of the story.

In addition to Queen and Muse, already mentioned, I’m also reminded of mid-70s Supertramp and mid-80s Tears for Fears when I listen to Falconer’s vocals.  When I listen to the variety and flow of the album, I’m reminded of Fragile from Yes.

Based in the U.K., Drifting Sun has been in existence for almost twenty years, but Trip the Life Fantastic features a brand-new line up of musicians with only the keyboardist, Pat Sanders, remaining from earlier incarnations of the band.  It’s rather clear—even from the most cursory listen—that each musician in this band takes his craft very seriously.

If I had any complaint about the album—and, believe me, it’s a minor one—it would be that some of the keyboard sounds, especially when imitating strings, sound a bit forced.  The band is at its best when it simply plays piano, guitar, bass, and drums.  There’s such a raw honesty to the album that the employment of synthesizer seems out of place.  Perhaps, however, this is merely a production, engineering, and mastering issue rather than a song-writing one.  And, the synths only appear a few times on the album.  It is, thankfully, the grand piano that predominates.

Indeed, one of the things I most appreciate is the lack of irony in the album.  Though these guys are singing about wizards, witches, and other unworldly and other-worldly things, they do so with grand seriousness.  This is quite a nice contrast to our post-modern world which tends to wink “knowingly” at all such things.

Drifting Sun is a fine band, and it’s a band that bears much watching.  It will be interesting to see how it develops from here.  Kudos to them for the achievement of Trip the Life Fantastic.