As always seems to be the case, there’s tons of great music coming out between now and Black Friday, November 27. Below, the merest sampling of upcoming releases in prog and other genres below, with purchase links to Progarchy’s favorite online store Burning Shed unless otherwise noted.

John Petrucci, Terminal Velocity: the Dream Theater guitarist reunites with Mike Portnoy on drums for his second solo set of instrumentals. Plus Dave LaRue of the Dixie Dregs and Flying Colors on bass. Expect lotsa notes! Available on CD or 2 LP from Sound Mind Records/The Orchard.

The Pineapple Thief, Versions of the Truth: Hot on the heels of their first US tour, Bruce Soord and Gavin Harrison helm TPT’s latest collection of brooding, stylized alt/art rock, honing in on the post-truth society’s impact on people and relationships. Available on CD, BluRay (with bonus track plus alternate, hi-res and surround mixes), LP or boxset (2 CDs/DVD/BluRay) – plus there’s a t-shirt!

Rikard Sjöblom’s Gungfly, Alone Together: Sjöblom spearheads a thoroughly groovy collection on vocals, guitar and organ, with Petter and Rasmus Diamant jumping in on drums and bass. Heartfelt portraits of daily life and love that yield extended, organic instrumental jams and exude optimism in the midst of ongoing isolation. Available on CD and LP (black or deep blood red vinyl).

END_OF_DOCUMENT_TOKEN_TO_BE_REPLACED

What new music, live albums, and reissues (deluxe and otherwise) are heading our way between now and Black Friday?  Check out the exhaustive (and possibly exhausting) sampling of promised progressive goodies — along with a few other personal priorities — below.  Pre-order links are for CDs or combo packages; vinyl editions are frequently available from the same website. 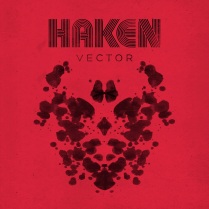 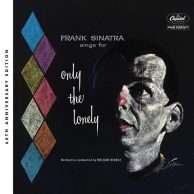 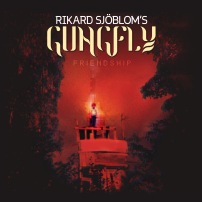 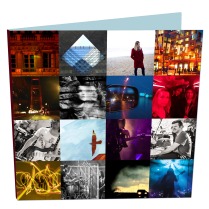 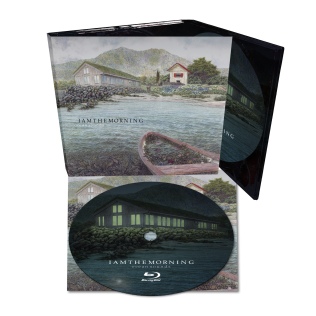 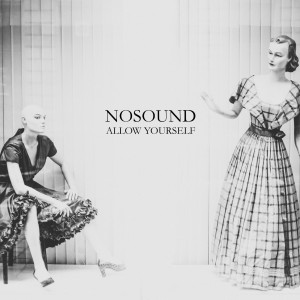 It’s been 30 years since the release of Marillion’s Clutching at Straws, the band’s fourth album and their final recording with the legendary frontman Fish. For many, this also makes it the last true Marillion album. Although the band may have continued, to both critical and commercial success with Steve Hogarth at the helm, they never truly recaptured the poetic grandeur and lyrical luxuriance of those days under Derek W. Dick aka Fish.

“I am a writer who can sing, rather than a singer who can write,” explains Fish, who will retire from the industry next year after a final album and tour. “I was also an arsehole and my ego was out of control at that time.”

“That time” was the sudden pop star status that the success of their third album, a number one album no less, had brought the band, which included Top of the Pops appearances for the hit singles, “Kayleigh” and “Lavender”. It was the excess of these experiences, along with the problems it brought to his own private life, that Fish channeled into Clutching at Straws.

We get a taste of life on the road with “Hotel Hobbies” and “Sugar Mice”, Fish’s ego unleashed in “Incommunicado”, and even a track that Fish describes as his resignation letter to the band in “That Time of the Night”. There is melancholy, there is melodrama and there is more than a touch of self-pity; perhaps even self-loathing in the half a dozen or so songs of the original release.

Clutching at Straws was an altogether different beast from the mercurial third album, with its haunting lyrics and sweeping melodies flowing seamlessly from one to the next. Clutching at Straws was a collection of distinct songs with a much darker, heavier theme, which exposed the problems within the band and foreshadowed their breakup the following year.

Nicknamed Fish because he apparently drank like one, it’s hard not to read autobiographically into the sad central character of “Torch”; propping up the bar, failing in his marriage and family life and insisting on “Just for the Record” that he’s going to put it down and turn his life around.

There are echoes of the poetry of the third album in tracks like “Sugar Mice” and the way the brilliantly observed “Warm Wet Circles” mourns the loss of the age of innocence, but even these tracks are bittersweet.

For all the bolshy bravado of “Slainte Mhath” and his dreaming big of “adverts for American Express cards, talk shows on prime time TV, a villa in France, my own cocktail bar”, the bitterness of hollow fame is laid bare for all to see. When the final track pronounces the band to be “terminal cases that keep talking medicine, pretending the end isn’t quite that near”, it’s clear that despite there being a four-second track listed as “Happy Ending”, there is nothing like that on the horizon for Marillion and Fish.

Unlike the previous album, we won’t be waking up to find that it was all just a bad dream. This time, the nightmare is all too real: the band of brothers split asunder by the arrival of fame and fortune.

It may have been Fish’s personal favorite of his four Marillion outings, and it may have been voted number 37 on the Rolling Stone’s 50 Greatest Prog Rock Albums of All Time, but in the end, they were always just clutching at straws.

A few months later, in a row over the way the band was being handled, Fish gave them an ultimatum to choose between their manager and him. They chose the manager. And the rest, sadly, is history. 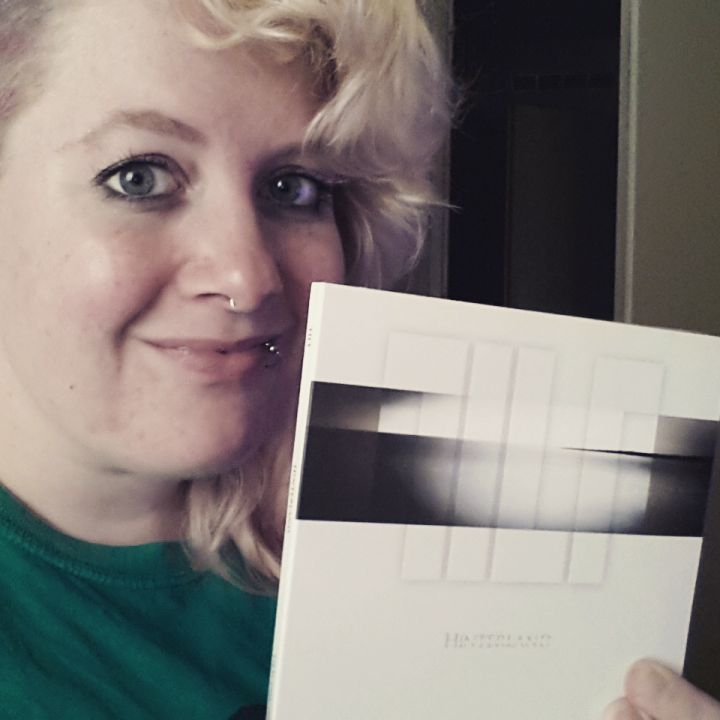 In early May, I received an email from a certain guy named Steve Vantsis. He asked if I was interested in reviewing his album that was going to be released in late June. Not knowing who Steve was, I was interested in this album he was talking about. I should be ashamed, because I didn’t know that Steve is the bassist of Fish’s band! Stupid me! … Anyway, let’s talk about the album! END_OF_DOCUMENT_TOKEN_TO_BE_REPLACED

As a lover of Progressive Music for many years now – from the days when I simply knew it as ‘good music’ back in my school days in the 1970s – I have been delighted to see the recent resurgence of the genre. This has been in no small measure down to the efforts of groups like the Classic Rock Society, who have been striving to keep the flame burning, particularly during the dark days when ‘Prog’ was considered by many to be a word not spoken aloud. This striving, though, happened (sadly) under my radar for a large number of years, but I recently came across them, and was delighted to discover that they functioned in my own neck-of-the-woods in South Yorkshire.

Once I’d made this discovery, I ventured out to a few of their gigs in the humble surroundings of the Wesley Centre in Matlby, near Rotherham – interestingly for me the site of a former Methodist Chapel – and when I heard that their awards night was on the horizon I decided to go along (taking my younger son with me, as a fellow traveller). These are my personal reflections on the event.

The venue – the Montgomery Hall in Wath-upon-Dearne – is similar to the Wesley Centre in lay-out, though it has a larger capacity and a larger stage, which proved helpful for the evening’s entertainment. We began with a short solo set from the brilliant Andy Tillison, who coped seamlessly with a keyboard malfunction shortly before the off which left him having to rely on someone else’s equipment for his performance. There didn’t appear to be any problems caused, and Andy gave us around 20 minutes of magic – one man and his keyboards performing without the aid of backing tracks, loops or a safety net and giving us stunning renditions of ‘GPS Culture’ and ‘Perdu Dans Paris’. As a recent ‘convert’ to his work, particularly with The Tangent, I found it sublime and wonderful.

The ‘business’ of the evening was the awards themselves, and after suitable lubrication with ‘Big Big Train’ beer, on sale at the bar, we settled down to find out who had topped the polls at the end of what many have called a classic year for Prog. The awards were presented this year by none other than Fish, who brought his own laconic wit to the proceedings. The awards went to:

Amusing incident of the night has to go to Steve Hackett, who having picked up the Best Bassist award on Lee Pomeroy’s behalf, disappeared and was nowhere to be found when his own award was announced. He did eventually return, but we were deprived of what would, I’m sure, have been a great acceptance speech!

The business done, we returned to the music, with a 2-hour performance, with numerous singers and a full band as well as visual images and a virtual choir, of Clive Nolan’s epic rock opera, ‘Alchemy’. This was not a piece with which I was familiar, but it carried you along with a good narrative, well-told and performed: I shall no doubt return to it in the future.

So, five hours after arriving, we set off back home, thrilled by a great evening of rock in the fabulous company of fellow fans and ‘passengers’. Three highlights for me: seeing Andy Tillison perform – an absolute treat; meeting Dave, David & Danny from Big Big Train – real, genuine guys who seem at times quite bemused by their much-deserved recent accolades; and seeing my young son, James, ask Steve Hackett if he would take a photo of James with Fish (he’d already got one with Steve when he came to Sheffield last year!)

All in all, a wonderful night, and a fitting celebration of another classic year for lovers of Progressive Rock!