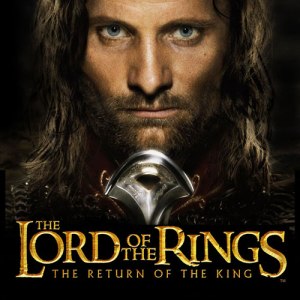 Yes, I know this is a “progressive rock” website, but please allow me this opportunity to share with you my wonderful experience last Thursday at Ravinia, in Highland Park, IL. And besides, Tolkien is beloved in the prog world anyways, just look at Led Zeppelin IV. The more I listen to that album, the more I think the whole thing is about Middle Earth, except for the first two songs. I digress… already.

For the past few years, the amazingly talented Chicago Symphony Orchestra (CSO) has performed Howard Shore’s musical score to the Lord of the Rings live along with a showing of the movies. The last two years were The Fellowship of the Ring and The Two Towers. This year was The Return of the King, which I had the great pleasure to attend. Just the idea of an orchestra playing a movie score live with the movie is astounding, but to do Howard Shore’s Lord of the Rings score live?! Incredible.

The conductor was the talented Ludwig Wicki, the first person to conduct a live performance of the Lord of the Rings trilogy. A native of Lucerne, Switzerland, Wicki spent time studying his trade in Bern, Dresden, and Pescara, Italy. Since forming the 21st Century Symphony Orchestra in 1999, he has spent much of his time performing live film music. Needless to say, he is a master of his craft.

The CSO is probably one of the top 10 orchestras in the world. They are simply fantastic. I saw them perform George Gershwin’s Rhapsody in Blue, along with other shorter symphonic pieces, a few weeks ago at Ravinia, and it was breathtaking. Their ability to play the LotR soundtrack with the movie was nothing short of magnificent. I listen to the complete soundtracks from those movies on a regular basis, and the CSO was every bit as good as the original soundtrack. In some respects, it was even better. There are certain scenes in the movie where the music blends into the background, but when it was played live, the music in general was much louder. It brings a great deal of emotion to the forefront.

Not only did the CSO perform the score live, but The Lakeside Singers and the Chicago Chorale sang the choral pieces to the movie. They were every bit as good as the choirs used in the score. Most astounding was the lovely miss Kaitlyn Lusk, a soprano who soloed for the required pieces. Her performance of the credits song, Into the West, was, in my opinion, better than Annie Lennox’s original recording. She never once missed a note throughout the night, and this was a long movie, and those are high parts to sing. Well done miss Lusk. (She’s so good, she was invited by Howard Shore himself to sing Into the West in 2005 as a part of his Grammy honors.)

Another cool part of the evening was my opportunity to meet Doug Adams, a Chicago native. He is known far and wide for his book, The Music of the Lord of the Rings Films. He was invited by Howard Shore, during the recording of the original scores, to document the process of creating the scores and recording them. He has also written the liner notes to the scores for LotR and The Hobbit soundtracks. I left my copy of his book at home (DOH!), so I had to buy another one and have him sign that. He was very friendly, and it was very generous of him to hold a book signing at the performance, when I’m sure he was there to enjoy the concert himself.

I don’t know much about the technical side of music, but I know that I love these soundtracks, and Mr. Wicki and the CSO performed the music perfectly in sync with the movie. It was such a joy to watch. Ravinia is also the perfect place to showcase something like this. It is easily the best venue in the Chicago area, if not in the whole Midwest. Highland Park is a beautiful (and expensive) suburb on the north side of Chicago, mere blocks from Lake Michigan. It is outdoors, with a covered pavilion and expansive lawn area. The park itself is over 100 years old, and the CSO have been playing there since the beginning. Quite the history. All throughout the summer, Ravinia has amazing concerts of all different genres (I saw Ian Anderson there last summer). I had a wonderful time, and I certainly hope the CSO does this again in the future, maybe with The Hobbit next year.