Normally I wouldn’t even bother sullying this site with a mention of the Grammys, but Pete Pardo over at the Sea of Tranquility put out an amusing and accurate video about how much they suck. He wisely didn’t watch the Grammys, but enough people wanted him to rant about how they disrespected Eddie Van Halen (and Chick Corea for that matter) that he decided to do so. Perhaps his best line is when he goes over the genres and winners – “Best dance recording: who cares.”

The Grammys, which I’ve never bothered to watch, have sucked for a long time, but now they’ve turned into a woke hellscape. They don’t give awards based on talent but rather based upon what meaningless diversity and political boxes an “artist” checks. To hell with talent. In my opinion the best metal album from 2020 was Pain of Salvation’s Panther. Real innovation with lyrics about real issues that all humans face, but why on earth would we want to recognize that and hold it up as something to respect and emulate. What’s truly sad is how many people listen to the garbage the Grammys push on them. Beyonce has won something like 28 Grammys now. That’s absurd. If Bach were alive today, I’m sure the Grammys would hate him. I’ll never forget the demeaning interview someone in the media did with Dream Theater several years back when they were nominated for a Grammy. No effort to do some research beforehand on the most talented musicians in the beginning. And they didn’t even win.

If you read Progarchy regularly then you’re awake enough to already know the Grammys suck, so I’m just preaching to the choir. But enjoy Pete Pardo’s rant anyways: 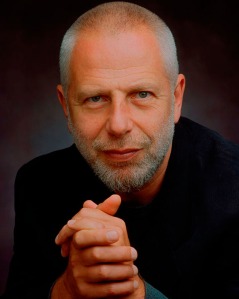 Last night, I was fortunate enough to see Modest Mussorgsky’s Pictures at an Exhibition, as well as some selections from Brahms, performed live by brilliant pianist, Vladimir Feltsman. Feltsman was born in Russia in 1952, and he made his piano debut at age 11 with the Moscow Philharmonic. He continued his study at Moscow’s Tchaikovsky State Conservatory in 1969, later studying conducting at the Moscow and Leningrad Conservatories. In 1979, after years of growing increasingly frustrated with the Soviet Union’s communist suppression of artistic freedom, Feltsman applied for an exit visa. The communists responded by banning him from giving public performances and suppressing his recordings. After eight years of this, he was allowed to leave the Soviet Union and move to America, where he soon made his debut performance at Carnegie Hall. He is now an American citizen, and he currently lives in upstate New York with his wife. All this to say, the man is a brilliant musician and a lover and defender of freedom.

Ravinia is probably the finest music venue in the Chicago area, if not the entire country. Ravinia opened in northside Chicago suburb Highland Park in 1904, and it has been the summer residency of the Chicago Symphony Orchestra since 1936. It even hosted one of George Gershwin’s final public performances of Rhapsody in Blue. It is also the oldest outdoor music festival in the United States. The venue is situated mere blocks from Lake Michigan in a lovely older suburban area. The park has a covered pavilion with seats, as well as a much larger lawn area, complete with old oak, maple, and birch trees, among many others. The site also features the Martin Theatre, which has beautiful prairie style architecture, stained glass windows, and chandeliers, as well as wonderful motifs painted on the ceiling. It is a wonderful example of early 20th century prairie style architecture. The park also includes multiple high class restaurants with excellent cuisine, with a menu that changes for each performance.

END_OF_DOCUMENT_TOKEN_TO_BE_REPLACED

I had no idea this was forthcoming, Steven Wilson mixing Yes’s most misunderstood masterpiece, TALES FROM TOPOGRAPHIC OCEANS.  The following is from Burning Shed:

The ultimate way to enjoy Yes’s most controversial album!

The towering Tales From Topographic Oceans is the fifth in a series of remixed and expanded Yes albums.
Presented in a 2 x mini vinyl replica gatefold card sleeves in a slipcase with booklet featuring new sleeve notes by Sid Smith along with rare photos and archive material, the album has been mixed for 5.1 Surround Sound from the original studio masters and is fully approved by Yes.
The 3 CDs feature a 2016 mix of the album by Steven Wilson plus an alternative extended Dance of the Dawn (mixed from multi-track by SW) and 5 single edits. The CDs also include a complete alt. album with High The Memory (unreleased studio run-through) and Ritual (live in Zurich, April 1974) – fully restored audio from original sources.
The booklet includes elements of new interviews with Jon Anderson, Steve Howe and Alan White.
The blu-ray (Region 0, NTSC) features:
– 5.1 DTS-HD Master Audio Surround (24bit/96khz) mixed from the original multi-channel recordings.
– the new stereo album mix in DTS-HD Master Audio (24bit/96khz).
– the original album mix in a DTS-HD Master Audio flat transfers from the original master tape source. (24bit/192khz). We believe this is the earliest master of the original mix to be issued in the digital era. (This master was also used for the original stereo on the CDs).
– full alt. album featuring: sides 1 and 3 from the 2003 Rhino CD, previously unreleased studio run-through of Side 2 and previously unreleased live version of Side 4.
– exclusive needle-drop of an original UK vinyl pressing transferred in 24bit/96khz audio and US branded promo pressing.
– exclusive instrumental versions of all new mixes in DTS-HD Master Audio stereo (24bit/96khz).
– 2016 stereo and 5.1 remix of Dance of the Dawn plus 5 single edits (stereo only) all mixed from multi-track by Steven Wilson.
Original artwork expanded, restored and approved by Roger Dean.
“I worked on and off for about 3 years on this new mix in my quest to do it justice. I hope it will satisfy the people who agree with me that it may just be Yes’s pre-eminent masterpiece.” Steven Wilson
Pre-order for 26th September release.

As some of you might know, I’m spending a rather significant amount of time in the Colorado Rockies this summer.  While this is my favorite spot on the whole of this planet, it lacks in technology what it makes up for in beauty.  Hence, I have very little internet connection, and, when I do, it’s tediously slow.

One of my favorite humans, Progarchist Bryan Morey, has been doing a lot of the administrative work on the site as of late.  I can’t imagine a better person to do so.  I’ve known Bryan as a student and as a friend for many years now, and I admire him immensely.  For all intents and purposes, he is, rather happily, our administrator this summer.

He’s also an ox when it comes to hard work.  If you look at the top right hand corner of the page, you’ll see a new category: ALBUM REVIEWS.  Bryan has been graciously indexing every review written at progarchy over the previous four years.  What an extraordinary task.

For those of you who have followed progarchy from the beginning (and, a huge thank you–whenever you joined our little anarchomusical republic), you know how much we admire Arjen Lucassen.  Lucassen is a wonder in every way.  What he does with music is simply mind boggling.  Not only do I listen to Arjen in all of his many projects whenever I can, I also use every chance when lecturing on modern literature, science fiction, and dystopia to talk about Lucassen.  So, it grieves me that this has to be short as a post.  I’ve spent the past week at an academic conference in Bryn Mawr, and I’m more than a bit behind on my writing.

Whenever Arjen produces something–whether it’s a solo album, Guilt Machine, Star One, Ambeon, or Ayreon–he does so with impeccable excellence.  The writing, the lyrics, the packaging–every thing is perfect.

Dear Progarchists, as always, a huge thanks to all who read us, all who write for us, and all who make the incredible music we all enjoy.

2016 has already been a really interesting year for Prog even if we’re not quite halfway done with it.  The market for Prog releases is higher than at any other time in my 48-year old adult memory.  In the meantime, we see more and more complaints and fears that the market is dead or near dead.  These cries of woe and despair began about a year ago, but now we see it becoming complacent in the music press.  Folks such as those who made huge money in the 70s and 80s now argue that they would never make an album now, as they’d find no support from labels.  I’m sure this is true, as the music market is radically decentralized from what it was in, say, 1985.

For someone listening to the music, however, all of these complains and fears seem like an incredible disconnect.  After all, the type of music I enjoy is now being produced and created at a rate I’ve not seen since my childhood.  I am not, however, looking at the market as a producer, merely a consumer.

END_OF_DOCUMENT_TOKEN_TO_BE_REPLACED

Artist: Fallujah Album Title: Dreamless Label: Nuclear Blast Records Date Of Release: 29 April 2016 ‘Dreamless’ represents my first foray into the world of Fallujah but it most definitely won’t now be my last. Hailing from San Francisco, this heavy metal behemoth has produced a startling third album which has to be heard to be […]

Artist: In Mourning Album Title: Afterglow Label: Agonia Records Date Of Release: 20 May 2016 In Mourning is a name that that have flitted around the very edges of my consciousness for a few years now. ‘Afterglow’ however, takes the Swedish quintet out of my personal periphery and re-positions them at the very forefront of […]

One of my greatest monthly treats is the Kscope Podcast with Billy Reeves.  Four reasons to love it.

Second, it’s Kscope, the Pixar of the art/Prog Rock world.

Third, Reeves is intelligent and witty.

Most importantly, fourth, no matter how witty Reeves is, he always lets the artists speak and explain themselves.  In a world of insane sound bytes and overly-dramatic personalities, Reeves allows the “other” to speak.

The latest podcast, no. 73, features the music of iamthemorning, including telling and revealing interviews with the lead singer as well as with Colin Edwin (guest bassist).

Drums. Lots of them. Lasers. Strobes and some confetti too. But beyond all the pomp and circumstance exists a message. A message of hope and love delivered the best way for King and Country knows how. The pop duo hailing from Australia, sort of, recently commenced their current world tour and brought a show that’s […]