To celebrate this 14th of February–the Feast of St. Valentine–here are fifteen tracks to enjoy.   All about love, but not necessarily romantic love.  Blessings, Brad

END_OF_DOCUMENT_TOKEN_TO_BE_REPLACED 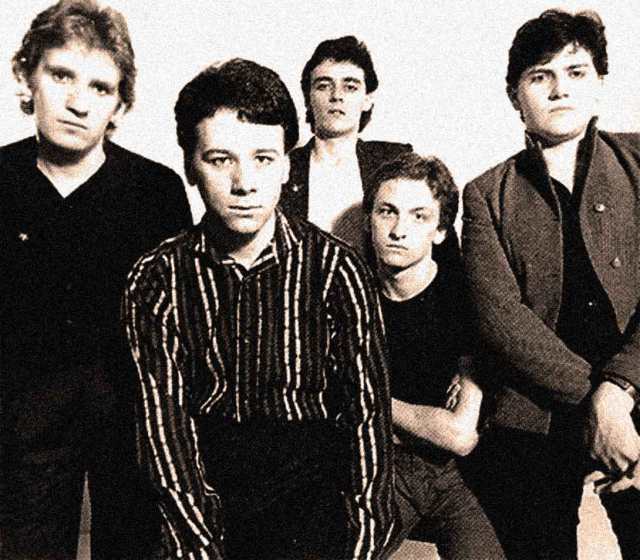 Few bands seem to cause such division as Simple Minds.  There are fans of the early stuff, fans of the later stuff, fans of New Gold Dream…. I never had a horse in that race, since I never particularly cared to follow them.  I liked what I heard on the radio of theirs well enough, it was certainly expertly crafted and, in retrospect, helped define its time.  But recently I felt like mining a bit deeper and came upon their early records.  I understand the early fans’ passions more now, since it’s made clear on Real to Real Cacophony and Empires and Dance that the band was chasing an ambition to recast pop music coming out of the 70s.  That they caught up with it is apparently a deep disappointment for those who read sellout in the tracks of Once Upon a Time, but of course the one — a deeply enjoyable confection of well-honed hooks and musicianly smarts, no matter its commerciality — would not have been possible without the other, a proving ground that was hit and miss, but when it found its mark was incendiary.

“Premonition” has at its center a chunky classic rock riff driven by Charlie Burchill’s guitar, and isn’t too distant from what the Cars and Tubeway Army were doing at a time before the keyboards really took complete hold, combining the ethic of early Roxy Music with a post-punk focus on rhythm (Derek Forbes and Brian McGee brought genius to this band).  Jim Kerr sings with a wide-eyed weirdness straight out of Marquee Moon, while Mick MacNeil’s carnivalesque keyboarding from this time must have influenced fellow Glaswegians Belle & Sebastian (thinking specifically of “Lazy Line Painter Jane”).

This live rendition — though honestly the sync seems odd enough to me and the recording good enough that there may be some yet-to-be-defined disconnect between picture and sound — catches Simple Minds in their early prime (and goes some way to explaining why they were offered a certain song to sing for a certain movie after Bryan Ferry turned it down).  They were catching fire creatively, figuring it out and putting it out live.  That their trajectory afterwards went on to follow that of Ferry et al. is perhaps the sign of one common path in a larger creative process tied to myriad motivations.  Me? If I had to decide which Simple Minds I prefer…I’d take both.

It’s rather hard for me not to feel a twinge of nostalgia as I think back a quarter of a century.  Through my great friends, Craig Breaden, Joel Haskard, and Kevin McCormick, I was discovering a world of neo-psychedelic pop.  Lush, organic, voluptuous.  The Sundays, Catherine Wheel, The Charlatans, House of Love, Mazzy Star, Jane’s Addiction, and the Cocteau Twins were in full (and fulsome!) form.  Phish, Smashing Pumpkins, and Lush were about to hit it big, though I really had no idea just how big they would hit.

Even old mainstays such as The Cure and XTC were releasing some of their best material at the same time.

END_OF_DOCUMENT_TOKEN_TO_BE_REPLACED

Very recently, I had the privilege of reviewing the deluxe, super-box set of Simple Minds, NEW GOLD DREAM.  I’ve loved this album for over thirty years, but this box set (which came out July 29th of this year) has really re-opened quite a bit for me.  It’s opened much in terms of nostalgia, of course, as those days were rather innocent, but it also has served as a reminder of exactly how artful this band once was.  That moment may have been brief, but it was immensely powerful.

Though everything in the new boxset is excellent, this is the song (this specific version) that really sticks out as a mark of genius.  There’s quite a bit of SONS AND FASCINATION/SISTER FEELINGS CALL in this version.  No bombast yet.  No arena rock.  No posturing.

For those of you who read progarchy, you know that we often (maybe not often enough, but often) review things that are, at best, vaguely prog.  We often veer into art rock and art pop.  My favorite genre outside of “straight” prog is progressive pop such as PET SOUNDS, SONGS FROM THE BIG CHAIR, and SKYLARKING.  But, I also love Thomas Dolby, early New Order, and Sixpence None the Richer.

One of my earliest loves in terms of non-Yes, non-Genesis, and non-Jethro Tull was Simple Minds.  To say that in high school and my first few years of college that I was not obsessed with Jim Kerr and company would be an outright lie.  I was rather obsessed.  This was back in the days when the internet did not exist for the public, and I had to dig like mad to find articles in various libraries about the band.  America never had the tradition of music magazines in the way that Britain did, and I would often even ask pen pals to buys articles in Europe or the UK and photocopy them for me, sending them to me in the states.  Sometimes, if I found a good bookstore, I would ask them to special order British magazines.  For better or worse, I have long since disposed of my Simple Minds articles, but there was a time when they were as critical to my being as were my paperback copies of The Lord of the Rings, my comic books, and my DnD manuals.

END_OF_DOCUMENT_TOKEN_TO_BE_REPLACED

One of my earliest musical loves was Simple Minds.  For those of us who grew up deeply loving prog, the late 1970s and early 1980s were a very difficult time.  If we couldn’t get our belovedly and outrageously complex 12-minute or even 24-minute epics, we had to find a worthy—no matter how watered down—substitute.  For me, at least at the age of 12 or 13, I wasn’t willing to go the classic rock route.  No matter how many times the radio played Jackson Brown or Aerosmith, these bands meant nothing to me.  Sometimes less than nothing.  Even worse was Top 40 pop.

In 1981 and 1982, that meant the only real alternative in the rock world was what was being called New Wave.  While their songs were way too short, the use of keyboards and bass—at least in the best of the New Wave sound—I found them rather progressive.  And, just as often, the lyrics were as intense as they were intelligently playful.

The bands I loved most:  ABC; Thomas Dolby; and Simple Minds.  I didn’t just tolerate these bands, I fell in love with them.  I couldn’t even count the number of times I listened to GOLDEN AGE OF WIRELESS or LEXICON OF LOVE.

They played over and over again on my stereo during the early 1980s.

I came to Simple Minds a bit latter than either Dolby or ABC, but only a bit later.  To this day, I think Sister Feelings Call/Sons and Fascination, New Gold Dream, and Sparkle in the Rain are some of the best albums I’ve ever heard.  Even when compared to straight-up progressive albums, I would place anyone of these albums—but especially New Gold Dream—in my top 50 albums of all time.

Anyway, a brief thought about why New Wave mattered.  Until next time. . . .

Arghh. . . my soul cries to me, “buy this!”  My favorite album by Simple Minds and an anthem and personal soundtrack for my own personal 1980s.

The following is taken straight from Burning Shed.

Containing six discs, including an Abbey Road remaster of the original album, a swathe of remixes, 12″ versions, radio edits, and a disc of previously unreleased John Peel and Kid Jensen radio sessions, recorded in 1982.

The 5 CDs are complemented by a DVD, featuring the 2005 5.1 mix of the album by Charlie Burchill and Ronald Prent, as well as promo videos and, being made available commercially for the first time, Top Of The Pops performances of Promised You A Miracle and Glittering Prize.

END_OF_DOCUMENT_TOKEN_TO_BE_REPLACED

This video makes me giddy as well as sad.  This was clearly the highpoint of this band, and what a high point it was.

Watching this video gives me absolute chills, reminding why they were once a favorite band of mine.

But, wow, did they fall fast or what.  So sad.  Still, enjoy this in all of its HD glory.  Really stunning.

As a product of midwestern America, Ronald Reagan will always dominate my main image and memory of 1984.  I write this nonpolitically. Whatever you thought of Reagan as a leader, the man wielded supernatural charisma.   He was, simply put, a presence.

But, other images emerge as well from 1984: movies such as 16 Candles, Red Dawn, and The Killing Fields.  Chernyanko becoming head of the Soviets.  Paul McCartney arrested for possession of pot.  The fall of AT&T.  The arrival of the first Macintosh.  What a year.

Beyond the above, I most remember the music.  What a year of greatness for those of us who love innovation and beauty in music.  So without further bloviation, I offer my favorites of that august year. 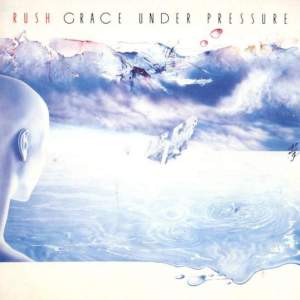 Rush, Grace Under Pressure.  This is not only my favorite Rush album, it was and remains my favorite album of 1984.  I’ve written about this elsewhere,  but it’s worth noting again that I think Rush perfectly captured the tensions of that year: the horrors of the gulags; the destruction of the environment; the loss of a friend; and so on.

I hear the echoes, I learned your love for life
I feel the way that you would

Thomas Dolby, The Flat Earth.  I’ve written about this album as well.  So brilliant.  As deep and as meaningful as Dolby’s first album was interesting and novel.

Ultravox, Lament.  My favorite Ultravox album?  Maybe.  As much as Rush captured the spirit of the year, so did Ultravox.  From the worry expressed in “White China” to the longing of “When the Time Comes,” Lament is a masterpiece.

Talk Talk, It’s My Life.  While this is certainly not Talk Talk’s best album, it is quite good.  In particular, Hollis reveals much of his genius in songwriting, whatever the “new wave” trappings of the song.  Underneath whatever flesh the band gave the music, the lyrics cry out with a poetic lamentation of both confusion and hope.

The dice decide my fate, that’s a shame
In these trembling hands my faith
Tells me to react, I don’t care
Maybe it’s unkind if I should change
A feeling that we share, it’s a shame

Simple Minds, Sparkle in the Rain.  Again, while this isn’t the best Simple Minds had to offer, it was the last great gasp of the band before entering into an overwhelming celebrity.  Kerr’s Catholicism especially reveals itself in songs such “Book of Brilliant Things” and “East at Easter.”