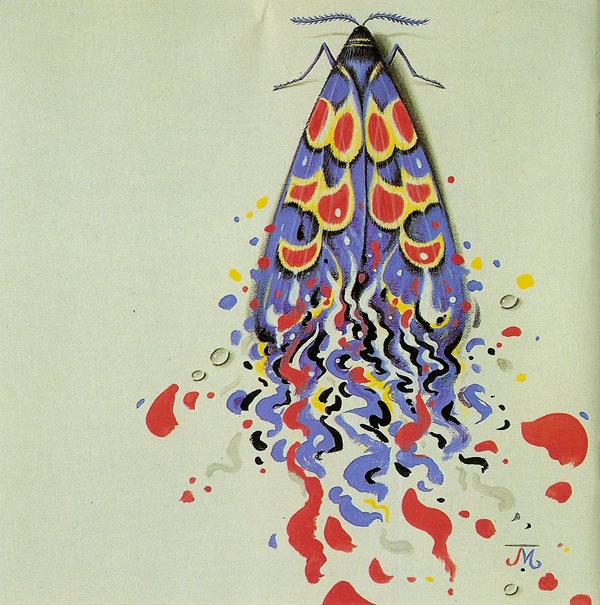 For all intents and purposes, Mark Hollis disappeared twenty years ago.

Since releasing his last full album, MARK HOLLIS, in 1998, he has appeared, from time to time, on the work of other artists–most particularluy on the work of Phill Brown, Dave Allinson, Unkle, and Anja Garbarek.  All of these collaborations, however, took place before 2002.

Ten years later, in 2012, Hollis again emerged, writing a stunning piece of music for the Kelsey Grammar TV series, Boss.  That piece, “ARBSection 1,” lasts a full 54 seconds.  No one in the music world has seen or heard from him since.

Not too surprisingly, Mark Hollis’s absence has only heightened the interest in him.

For those of us who love Talk Talk, there’s something unlrentingly fascinating about the trajectory of the band.  As is well known in musical circles, Talk Talk had its origins in punk but quickly became an MTV showcase of glam rock and pop, producing one clever synthpop song (and video) after another–Talk Talk, Hate, Today, It’s My Life, Such a Shame, and Dum Dum Girl–between 1982 and 1984.  They became a standard of the first half of the 1980s–easily lumped in with Echo and the Bunnymen, The Cure, Thomas Dolby, New Order, and Duran Duran—as part of the second British invasion of American pop culture.

Yet, even from their beginning, the band was different from all of their pop companions, even if many in the music scene of the time dismissed (or missed) those differences.

END_OF_DOCUMENT_TOKEN_TO_BE_REPLACED

I suppose one could accuse me of being just a bit too obvious regarding this fourth installment of Second Spring.  After all, it is April 5.  I even contemplated using another Talk Talk track for this fourth part.  Then, I put “April 5” on, and I realized immediately how right it is for today.  After all, it’s following yesterday’s Big Big Train track, “The Permanent Way.”

Big Big Train is as close to perfect as the world will allow.  Still, Mark Hollis joining BBT would make the band just a bit more perfect. . . .

END_OF_DOCUMENT_TOKEN_TO_BE_REPLACED

Mark Judge praises Talk Talk in this remarkable piece on 80s nostalgia versus art; here’s an excerpt (with my correction of a typo):

As mentioned earlier, the poppy 80s group Talk Talk ignored the criticism of their record label to produce two albums that are now considered works of genius, Spirit of Eden and Laughing Stock, records that could only be realized after years of practice and experimentation.

More than thirty years later, the internet and our social media addictions have changed everything. Along with helicopter parenting, the digital grid allows kids to avoid the kind of risks and hard work that was once required of artists, and that made them want to break new ground. Our goal as young writers and musicians and painters in the 1980s was to be great, and that required toil. These days, why sweat it out for years when you can just upload a half-baked idea onto YouTube?

Today, anyone with a computer can write a song, anyone with a smart phone is a photographer, and anyone with a blog is a journalist. On one level, this is wonderful. After all, too often the gatekeepers of the pre-digital era were liberal censors, or simply had too much power to decide what was art or not and what should and should not be published. Yet as the art house theaters and record stores and quirky magazines that sustained the era’s creativity have shuttered, modern writers and artist suffer no difficult time of formation.

As pop culture continues to overtake the culture at large – what’s left is an echo of a partially recalled time. There is nostalgia for the past, for the time before the dominance of our lives by Facebook and Instagram and Twitter, when people could have ditzy fun with[out] distraction or the hostile filter of social media. But this nostalgia offers a distorted view of the 80s. The irony and kitsch of the era takes prominence; left behind is the sweat that went into creating the best art the decade produced.

In 2018, the slightest criticism offered to a young writer, musician or journalist on Twitter is met with a napalm strafing of invective and resistance. The internet is wonderful in allowing talent to be exposed to the masses, but it has also made people lazy. Our culture is stuck, like Wade Watts in Ready Player One, bathing in a digital realm of shiny pop culture while the real world is a wasteland.

Ten year ago this fall, the brilliant Giancarlo Erra was in the studios writing, recording, and mixing what would become his magnum opus, LIGHTDARK, one of the first releases from the then-brand new KScope Records.  Nothing Erra writes and records is unimportant, of course, but nothing he has done has quite matched the flawless LIGHTDARK, in its composition, its harmonies, its reach, and its flow.  Never could this be wallpaper music.  It is music that demands full immersion.  As with T.S Eliot’s Four Quartets, Erra’s LIGHTDARK demands that we the listener stand within the art itself, seeing the world form the perspective of the art.  As such, Erra is a genius, bringing us fully into his music.

As with some of the best composers of the past century, Erra eschews all forms of bombast as he whispers longingly toward the true, the good, and the beautiful.  He is not afraid of silence, knowing that the notes that surround silence, do so affectionately and even passionately.

Imagine Mark Hollis writing music for Pink Floyd while serving as the backup band to Arvo Part, and you might get close to the genius and talent of Giancarlo Erra.

Though I’m sure someone could make the case for either REVOLVER or SGT. PEPPER’s being the first prog album, I’ve always turned to PET SOUNDS by the Beach Boys.  I’m sure there’s a bit of the American in me that desires this to be so, so I can’t completely claim to be unbiased.  I know English proggers–understandably–think of Prog as one of their many national gifts to the world, somewhere above the Magna Carta.  And, it is!  Still, it’s conceivable that it came about in California but then was perfected by the English.  Maybe.  Maybe not.

As Brian Wilson has noted, he found his own inspiration for the album in RUBBER SOUL by the Beatles.  Is it possible the influence went both directions across the Atlantic?  Most certainly.

Regardless, PET SOUNDS is fifty years old.  And, what an extraordinary achievement it is.  Though one might regard it somewhat probably as a Brian Wilson solo album, it came out under the name of the Beach Boys, and it carries with it many of the trademark Beach Boy sounds and touches.

END_OF_DOCUMENT_TOKEN_TO_BE_REPLACED

As much as I’d like to start with something artsy (the album deserves it), I’ll just be really, utterly, completely, and totally blunt.  This album is extraordinary.  After a summer of horrors and violence (not personally, but around the world), this album seems like the necessary art to calm the savage soul.  I think this is, quite possibly, Healy’s best.

As I’ve written a number of times before when writing about Healy (solo) and about North Atlantic Oscillation, he does three things with unadulterated excellence.