The Mute Gods, Tardigrades Will Inherit the Earth (InsideOut, 2017)

I’m going to catch hell for that title. I really don’t want to get political, but it seems that the regressive leftists are taking over this beloved genre we like to call prog. (I am, after all, the one who just last year wrote an article entitled, “Keep Your Politics Out of My Prog.”) Anyways, the first part of this article will be a subjective rant. The second half will be a relatively objective review. Both are neatly titled, in case you want to skip the rant part.

END_OF_DOCUMENT_TOKEN_TO_BE_REPLACED 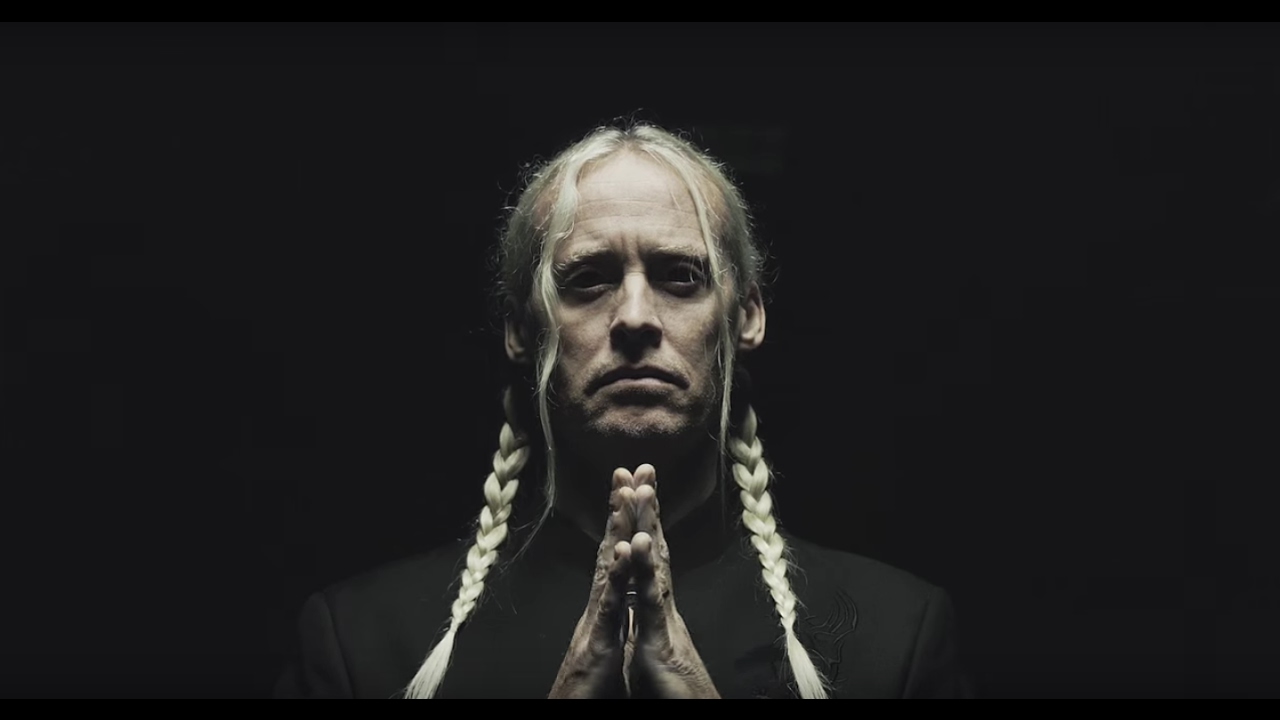 Nick Beggs recently named his 10 most influential bassists and here are his top three:

“Fronting up a band as a bass player and vocalist is a tough gig –  one with which I’ve had some experience. Geddy shows how it should be done. In a power trio, every little helps and additional duties on bass pedals, double-neck guitar and synths made for a fulsome sound in his stadium filling band Rush.”

“Also often cited as the most influential player ever, his approach to Jazz and the fretless instrument was ground breaking. It’s hard to find someone Jaco didn’t influence. The 80s music charts were populated with hits featuring many Jaco clones – and for good reason.”

“My biggest musical influence ever. His sound and tone inspired a legion of players. Chris’ own inspirations were Paul McCartney and John Entwistle, two players who probably influenced more than most. But for me, Chris will always be top of the list. Sorely missed.”

END_OF_DOCUMENT_TOKEN_TO_BE_REPLACED

The Mute Gods have released a music video for their song, “Nightschool For Idiots,” which happens to be my favorite song off of their album, Do Nothing Till You Hear From Me. This song was certainly written from the heart. I’ve read mixed reviews on it, but I love it. Enjoy.

If you haven’t listened to The Mute Gods yet, you really should. They have crafted one of the best albums of 2016.

Nick Beggs himself will personally take you through the album, track-by-track, if you listen to his detailed, in-depth interview with Progarchy from last week.

Also, here’s the press release from Inside Out records, which accurately describes what’s going on with this supremely excellent album:

Is everything truly as it seems? Are we living in a state of manufactured reality? How can regular people rise above the propaganda that floods daily existence? Those are some of the important questions The Mute Gods explore on its debut album Do Nothing Till You Hear From Me on InsideOut Music.

The album’s 11 provocative tracks explore the dark clouds governments, corporations, media, and religious institutions form atop society. Songs such as “Praying to a Mute God,” “Feed the Troll,” “Your Dark Ideas,” and “In the Crosshairs” look at how we’re driven to distraction by these forces, taking our focus away from important issues and meaningful personal priorities. Musically, the album is a mercurial journey that seamlessly shifts between the realms of progressive rock and adventurous pop.

“We live in a time of heightened religious fundamentalism in which people deliver the wrath of God or speak out on his behalf,” says Nick Beggs. “When did God appoint these dubious PR men? The people in this world who should truly be listened to are often the ones who are silenced. The voice of reason seems strangely quiet in the face of so much disinformation. The Mute Gods address this imbalance.”

The band is the brainchild of Beggs, an acclaimed bassist, Stick player, songwriter and vocalist, with a footprint stamped across a wide range of genres including progressive rock, pop, Celtic, funk, and soul. Collectively, his own band and project releases have sold more than four million copies.

The Mute Gods came together during Beggs’ tenures with Hackett and Wilson. Roger King, the album’s keyboardist and producer, worked with Beggs on Hackett’s sold-out multi-year Genesis Revisited tour. King has long been Hackett’s right-hand man, serving in production, arrangement and writing capacities for the ex-Genesis guitarist. Marco Minnemann, considered one of the most important drummers of his generation, has worked with Beggs extensively on many Wilson tours and recordings.

Perhaps the most important special guest on the album is Beggs’ daughter Lula, an emerging singer- songwriter. The album closes with “Father Daughter,” a poignant reminder of keeping family intact even in the face of difficult challenges. The emotional vocal duet between Beggs and Lula looks at the struggle of a father reconciling dealing with his responsibilities to the world with the needs of his children.

Guests on the album:

I’m old enough to remember those halcyon days of the early-to-mid-’70s when FM radio was full of great music. Every time I turned on my J.C. Penney clock radio, I knew the odds were good that something great would come blasting out of that tiny speaker. The likes of Yes, ELP, Jethro Tull, Kansas, Bowie, 10cc, and many others dominated the playlists of my local “progressive rock radio” station, WKDF.

Artists like the aforementioned walked a tightrope between pop accessibility and progressive complexity with an ease that today seems miraculous. Garnering lots of radio play, a group like Electric Light Orchestra could appeal to teenyboppers as well as college-age music geeks.

Fast forward a few decades, and those of us pining for that golden age of FM radio are now well-served by Nick Beggs’ new project, The Mute Gods. Right out of the gate, the album’s title track, “Do Nothing Till Hear From Me”, is a tour de force of instrumental prowess and spectacular vocals. Set in a totalitarian dystopia where no one can be trusted and the singer is on the run, the song is 7-plus minutes of aural bliss.

There’s a reason Nick Beggs has played with everyone from Celtic-prog band Iona to Steven Wilson: the man is a monster on the bass and stick. I’ve always been a sucker for inventive and melodic bass work, and Beggs delivers on every track. At times sounding like Chris Squire and others like Tony Levin, Beggs is able to go from providing a discreet pulse to thundering beats in a flash, all the while maintaining a unique melodicism. I’m now a huge fan.

That said, this is not a bass showcase. The band is tight as hell and every member makes significant contributions. In addition to bass and stick, Beggs also plays guitar, keyboards, and handles lead vocals. Marco Minneman (drums, percussion, guitars, sound design) played with Beggs in Steven Wilson’s band, while Roger King (keyboards, guitars, backing vocals, programming, and production) played with Beggs in Steve Hackett’s band.

This is one of the best-produced albums I’ve heard in quite a while, with a mix that allows each instrument to shine without overwhelming the overall sound. Little details are there for the discerning listener to enjoy, like the brief retro organ solo in “Your Dark Ideas”, or the Frippy guitar in “Praying to a Mute God”.

And how about the songs themselves! They move from peak to peak, with gorgeous melodies. I am often reminded of prime Alan Parsons Project as well as Hackett-era Genesis (especially on “Strange Relationship”). Lyrically, they tend to deal with alienation, paranoia, and the irrationality of current times. As Beggs states on their official site, “The record has a number of moods. But overall, it’s a rather disgruntled rant at the dystopia we’ve created for ourselves and our children.”

“Feed the Troll” is a very creepy look at an internet stalker who could have come from the dark imagination of Steven Wilson. “Swimming Horses” is a meditation on the passing of time, while “Father Daughter” is a beautiful duet between a father and daughter in which he confesses his regret at not being there for her as she grew up. “Praying to a Mute God” addresses the nutjobs who claim to speak to speak on God’s behalf. Heavy stuff, but the stunning music helps it go down easily.

There’s only one slight misstep, “Nightschool For Idiots”, which gets dangerously high on my cheese-o-meter. But hey, even that one is a pleasant listen.

So is this album pop, or is it prog? The Mute Gods successfully walk that tightrope with a superb collection of songs – it’s both and it’s more; it’s just great, great music. With Do Nothing Till You Hear from Me, The Mute Gods have set the bar very high for everyone else in 2016.