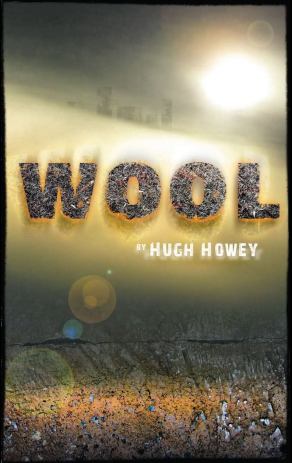 I just finished my Christmas reading, Hugh Howey’s Wool Omnibus, having bought it on special for $1.99 (for my Kindle) based on one of those Amazon emails:  “CBreaden, here are books we think you might enjoy!”  Always a leap of faith, going with this kind of marketing, but in a heat-haze brought on by recently finishing Joe Abercrombie’s Heroes and having nothing at hand I wanted to read, I took that leap.

About halfway through the collection of five novellas, I realized I needed to alert the prog world to it, thus uncovering my not-so-hidden geek love (limited as it may be) for sci-fi and prog rock’s connection to it.  I think like a lot of us I first fell under this spell with Rush’s 2112, which I didn’t hear until several years after its release but, when I did, quickly turned to Ayn Rand’s Anthem for the text on which Neil Peart based some of his story.  Rand’s most succinct novel, and to me her most powerful, coupled with Rush’s record, raised a fairly high bar.  Alternate worlds are frequently the stuff of prog, but only on occasion are they expertly wrought in song.

Wool immediately struck me as one successor to Rand’s Anthem, but with a less severe political bent, characters more like the regular people you and I know, and little reliance on metaphor.  What it has in common is a lean narrative and concise style, although the five novellas collected together in the omnibus are far longer than Anthem.  The similarities don’t end there:  like Anthem, Wool has at its center a people being kept from the truth.  It tells the story from the perspective of several characters among a large population who have for hundreds of years inhabited an underground “silo,” which as readers we understand to be an enormously deep, hugely broad, completely self-sufficient bomb shelter.  The only connection to the world beyond the silo is a series of screens that project images of the outside.  These images are produced by cameras mounted to the exterior above-ground portion of the silo, the lenses of which need regular cleaning due to the howling nuclear-desolate wastewinds whipping the landscape.  This task is given to individuals who commit crimes in the silo, which include having dangerous ideas like wanting to know what the outside is like or how we came to be in this blasted silo anyhow.  Okay, so maybe there is some metaphor.

What strikes me about Wool and Anthem, and the reason I bring Wool to Progarchy with a big recommendation to read it, is the imagination of an alternate world, not just by the author, but by his characters.  What happened outside the silo? What are our origins? Is what we see on the screens real? (Plato, anyone?) Howey’s characters are not unsubtle, one-dimensional creatures.  They struggle with these questions with both trepidation and reluctance for committing a crime, and for the mind-bending possibility embedded in “what if?”  This also strikes me as core to the experimentation necessary to successful, progressive music.

P.S. Howey has been writing like a madman.  Initially, he self-marketed Wool, beginning in late 2011, almost entirely as an e-book on Amazon.  He’s now been picked up by print publishers, but continues to offer his books online for cheap.  He’s already two volumes in to the prequel to Wool.  Check his site here: http://www.hughhowey.com/. Buy his books here: http://www.amazon.com/Hugh-Howey/e/B002RX4S5Q/ref=ntt_athr_dp_pel_1