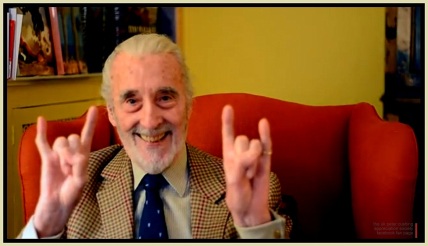 Sir Christopher Lee, the renowned British actor best known for playing Dracula in countless films, Francisco Scaramanga in the James Bond film The Man With the Golden Gun, and Saruman the White in The Lord of the Rings films, passed away Sunday, June 7, at 93 years old. Although many know him as an actor, we here at Progarchy also appreciate Lee for his musical talent. An imposing man who possessed an extraordinary voice, Lee proved an adept heavy metal singer late in his life, releasing a Christmas song as recently as December 2014. He was a great talent, and he will be sorely missed.