Rhys Marsh, THE BLACK SUN SHINING (Autumnsong, 2015).  A Song Cycle divided into seven parts: I Hear, I Know; Down to the Waves; Wondering Stars; One Step Inwards; Find Another Way; Soothe the Fear; and In the Summer Light. 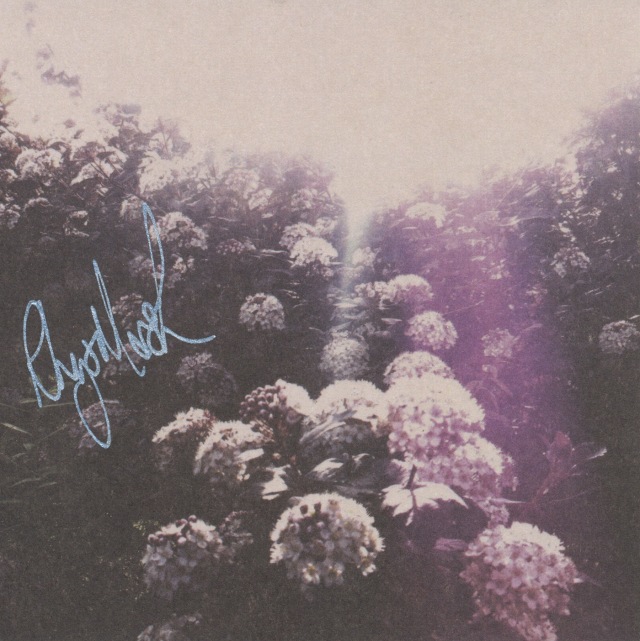 So, Mark Hollis, Robert Smith, and Sam Healey walk into a bar. . . .  Out comes Rhys Marsh.

Much to everyone’s surprise, the perfectionist Anglo-Norwegian beatnik, Rhys Marsh, who must never sleep, has released yet another album this year.  A sequel to last year’s stunning SENTIMENT, 2015’s THE BLACK SUN SHINING follows closely after his Mandala and Kaukasus releases.  I’m usually fairly impressed with my own productivity as a writer, but I’ve got nothing on Marsh’s productivity as a musician.  The guy is as astounding in his output as he is immensely talented.

Much darker and less psychedelic than the first solo album, THE BLACK SUN SHINING revels in gothic gloom, steady explosions of primitive and driving percussion, as well as heart-felt lyrics.  Listening to it demands immersion.  Preferably with headphones and in a dark room.  Impressively, Marsh has written the album as a seven-part song-cycle.  Even the track listing claims only one track, divided into seven parts, separated as a-g.

As much as I hate to admit it, I’m not quite sure what the song cycle is about.  It’s either about the death of a man who ends by finding the light of eternity, or it’s about severe depression that ends in finding real love and starting anew.  Either of these themes fit the lyrics, and, frankly, at least at some level, they fit each other.

There’s nothing Marsh does that doesn’t impress me, but this is—to my mind—his absolute finest effort. The flow of the music is nothing short of astounding, but what impresses me most is how the music fits the words just so perfectly.  The two best moments of the album:

First, at roughly 13 minutes into the album, when the percussion explodes, taking the listener from something previously mesmerizing to something ecstatic.

Second, at the beginning of the fifth part (e) of the song cycle, when Marsh brings us down again, not into the mesmerism of the first 13 minutes of the album, but into a kind of purgatorial drifting.

Each of these points make the listener realize just how completely invested he is in the music.

As I jokingly (well, my attempt at humor) mentioned above, Marsh combines the talents of numerous great musicians, but especially Talk Talk’s Mark Hollis, The Cure’s Robert Smith (the dark Smith, not the bubble-gum smith), and NAO’s Sam Healey.    Given its influences (or at least the ones that seem to me to be influential), the entrancing cover of the new solo album resembles an artsy and gothic rendering of New Order’s POWER CORRUPTION AND LIES.

Buy it now, and immerse yourself fully.