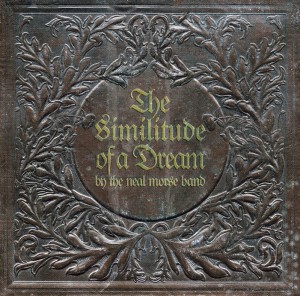 Courtesy of the folks over at Prog, the Neal Morse Band officially announced their upcoming double concept album, The Similitude of a Dream. According to Morse, the concept is loosely based upon the beginning of John Bunyan’s classic story, Pilgrim’s Progress. The first song released, “Long Day/Overture,” features both the quiet and proggy sides of Neal Morse’s career. From the get-go, this song captures your attention and leaves you wanting more. It is definitely one of the proggiest new songs I’ve heard this year.

The Neal Morse Band is made up of, obviously, Neal Morse, as well as Mike Portnoy, Randy George (bass), Bill Hubauer (keyboards), and Eric Gillette, who is quickly proving himself to be one of the best guitarists in the prog world.

Mike Portnoy has said that this is the greatest album of his entire career, even surpassing Dream Theater’s classic Scenes From a Memory. He has gone so far as to compare The Similitude of a Dream to The Who’s Tommy, Genesis’ The Lamb Lies Down on Broadway, and Pink Floyd’s The Wall. Those are bold words, and time will certainly judge whether or not those statements are true. If the first song is any indication, though, this album may very well be the best yet by Neal Morse.

The album is set for release on November 11, but you can pre-order the album from Radiant Records now: http://www.radiantrecords.com/products/634-the-neal-morse-band-the-similitude-of-a-dream.aspx.

The band embarks on a four month tour across the US, Canada, and Europe (and a show in Israel) in the beginning of 2017.