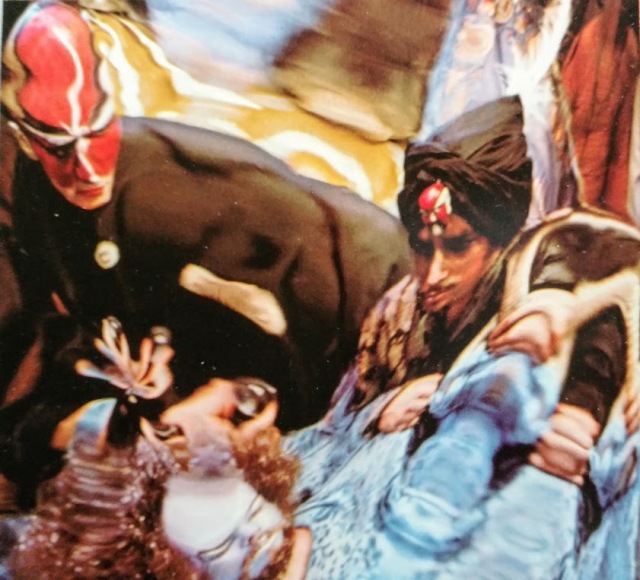 There were only a handful of them, American rock bands in the late 1960s who sunk the kind of roots that North American progressive rock could grow from.  Spirit was one of them, and by the time they released their fourth album in 1970, they’d covered enough territory that they managed to have both a pop single, in the garage rock monster “I Got Line On You,” and a back catalogue of albums critically respected for their sophistication in arrangement and playing.  Although recently dwarfed by the attention given to their instrumental “Taurus,” which Led Zeppelin may have heard and used, probably unwittingly, for “Stairway to Heaven,” Spirit’s albums up through Twelve Dreams of Dr. Sardonicus are rich canvases that, some have observed, may seem too eclectic, don’t always sum the band’s talents as they could.  So that when you look for a definable Spirit sound, it eludes definition.  I can see this, but at the same time Spirit’s appetite for musical movement was its guide, a definable point not being the point at all.

“When I Touch You” was not the song off of Twelve Dreams you’d hear on the air back when rock stations were just rock stations — that was “Nature’s Way,” the centerpiece of a record that dwelt on themes of conservation and modern-day alienation.  But “When I Touch You” is where it’s at, an early metal art mammoth lumbering across its own post-Hendrix plain into the 1970s.

2 thoughts on “soundstreamsunday: “When I Touch You” by Spirit”