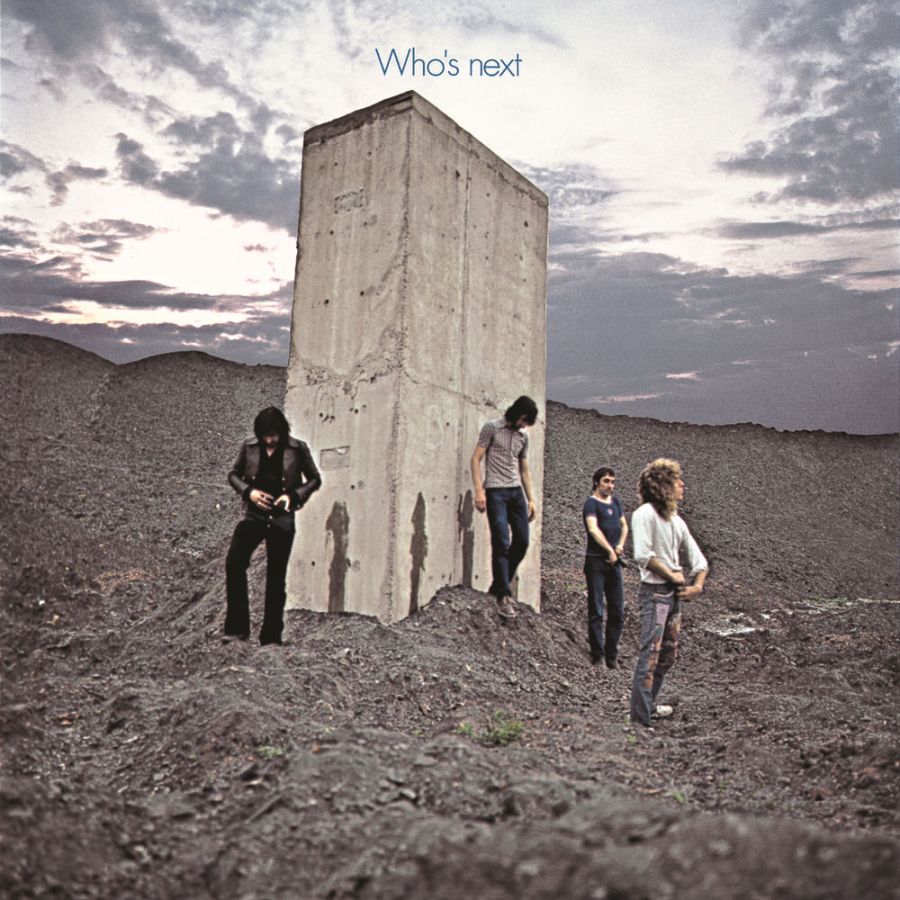 “Rock ‘n’ Roll might not solve your problems, but it does let you dance all over them.” — Pete Townshend of The Who on Good Morning America, 1978.

From the 1960s through the early 1980s and beyond, Michigan loved The Who.  The only place their first single “I Can’t Explain” was a hit in the USA was Detroit.   Flint’s Holiday Inn became infamous as the hotel where, according to legend, Keith Moon drove a Lincoln Continental into its swimming pool on his 21st birthday.  Their 1975 show at the Pontiac Silverdome briefly held the record for largest indoor concert.

So it wasn’t as if I hadn’t heard songs from Who’s Next before I went to college in 1979; at that point, “Baba O’Riley,” “Behind Blue Eyes” and “Won’t Get Fooled Again” were inescapable on FM radio.  But it was at the end of my first term away from home that the 1971 album became something more to me.

Picture the scene: finals week in mid-December.  I had moved out of my first dorm room, but couldn’t move into my new room until January; so I was temporarily staying in yet another room on the same hall.  Cue my hallmates, who quickly pegged me as an easy mark for a bucket of water placed over my door, stolen clothes and towels stolen while I was in the communal shower, etc.  Plus, I had come to college determined to get somebody to fall in love with me — which of course hadn’t happened.  I was lonely, vulnerable, a little desperate, as 18-year-olds so often are.

And on that dark winter Sunday night, “Song Is Over,” which I’d never heard before, came on the radio:

This wasn’t a typical maudlin break-up tune or a venomous revenge fantasy.  This was lament, deep sadness expressed fearlessly, sung with tenderness and regret by Pete Townshend, then with open-hearted, steely determination by Roger Daltrey.  If this was a funeral march, though, it was a combative one: Townshend’s stinging guitar and synthesizers, John Entwistle’s bone-deep bass and the unpredictable fireworks of Moon’s drumming (anchored by Nicky Hopkins’ solemnly bluesy piano) relentlessly drove the procession forward.  Out of the fragments of Townshend’s Lifehouse, his unfinished parable about the Universal Note, The Who offered the stunned survivors of Woodstock Nation what they could: grief without sentimentality, strength without brutalism, spirituality and hope tinged with skepticism about definitive answers.

Really, Who’s Next could have easily been titled “What’s Next?” The songs repeatedly ponder the next step: in the face of disappointment, disillusionment, catastrophe, even your own failings, what do you do? For The Who, how could the band that conjured up the rock opera top Tommy — especially when the magic refused to happen in early live attempts to create Lifehouse?  For their listeners, what was worth finding in “teenage wasteland,” where the politics of revolution had collapsed into “meet the new boss, same as the old boss,” where “my dreams, they aren’t as empty as my conscience seems to be”?

It’s to Pete Townshend’s credit that his songs reject grandiose solutions, offering simple gifts in their place.  “Bargain” is, in Dave Marsh’s words, “the most furious prayer ever offered up to heaven,” as Daltrey and Townshend beg any god who’s listening for peace, knowing “I’m worth nothing without you.” “Love Ain’t For Keeping” seats contentment in the flowering of spring, home and family.  “Getting In Tune” wraps the making of music, the longing for love and the search for the divine into “banging on the old piano, getting in tune with the straight and narrow.”  Even the villain of Lifehouse portrayed in “Behind Blue Eyes” knows he needs the people who hate him — if only to save him from his own worst impulses.  (Believe it or not, I got to perform “Behind Blue Eyes” as a solo piano/vocal piece on a college choir tour the following winter; it was remarkably effective, especially with high school audiences in informal settings.)

And all the while, The Who own the music; every ringing power chord from Townshend, every titanium-throated Daltrey vocal, every Entwistle bombing run, and every improbable Moon fill builds their claim to rock and roll greatness.  Out of the failure of Lifehouse, Who’s Next paradoxically became the band’s most resonant album, speaking down the decades to a community of the lost, the wasted, and the searching.  It didn’t claim to answer life’s stubborn questions, but with its strength, empathy and generosity, it offered a way forward.  And for me in December 1979, like so many Who fans down the years, that was enough.

More Favorites by the Who: The Who Sell Out; Live at Leeds; Quadrophenia.  Also the 1979 documentary The Kids Are Alright (which includes definitive live takes of “Baba O’Riley” and “Won’t Get Fooled Again”) and the 1994 box set Maximum R&B.   And a confession: I prefer the wonderful cover album The Smithereens Play Tommy to the original.

The Kinks, The Ultimate Collection.  A solid double-disc survey of the early rifftastic singles, the rock operas of the late 1960s and early 1970s, and Ray Davies’ empathetic story-songs.

Living Colour, Vivid.  The only band I’ve ever heard that matched the Who’s intensity from top to bottom.  They never topped this debut album — or the ferocious opening track “Cult of Personality” for that matter.

Soundgarden, Superunknown.  For my money, the late Chris Cornell was the only grunge-era singer who could even come close to Roger Daltrey’s power and sensitivity.  “Fell On Black Days” feels like a Who’s Next outtake to me.

Previous albums in this series:

3 thoughts on “The Albums that Changed My Life: #4, Who’s Next by The Who”