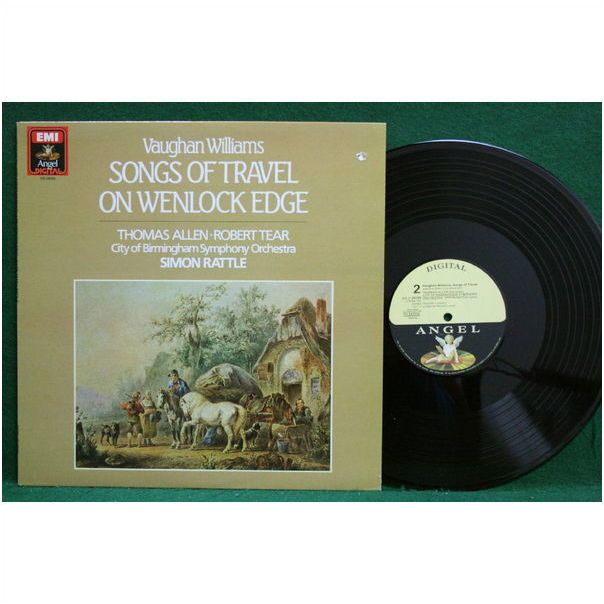 In our casually audiophile age of 96 kHz/24 bit BluRays and 180-gram virgin vinyl, it may be hard to comprehend what a difference digital recording made when it came of age in the late 1970s.   I remember cueing up Keith Jarrett’s Concerts: Bregenz, München and being blown away as much by the background silence, the clarity and depth of the piano sound, and the extended dynamic range as by Jarrett’s freewheeling improvisations.  The compact disc was still in the future — but at that point, after suffering through muddy, distorted mass-produced pressings of way too many albums, it seemed like that future was all upside.

Classical record companies were the most fervent backers of digital recording from the beginning; the prospect of “perfect sound forever” made both corporate executives and their target demographic (single men with money or credit to burn — surprise!) salivate in anticipated ecstasy.  Certainly, as I built a classical collection during graduate school, the word “Digital” on the front cover of a record always counted in its favor.

That’s one reason I picked up the album pictured above.  Another reason: I’d already heard some fine Mahler recordings by the young conductor Simon Rattle, precociously helming the scrappy City of Birmingham Symphony Orchestra.  And there was one more burning question: was Benjamin Britten right about Ralph Vaughan Williams?

In his uphill battle against the British musical establishment, Britten had railed against Vaughan Williams as much as any of the other Grand Old Men he thought were in his way.  While RVW (as he quickly became known) consistently supported the younger composer — bawling out orchestras that laughed at Britten’s music, supporting his application for conscientious objector status, putting in a good word for him to The Times at every opportunity — Britten found it impossible to forgive what he saw as Vaughan Williams’ slipshod, unclear technique, both as a composer and a conductor.  And in many ways, the man was an easy target — an well-to-do dilettante who never really needed a job, who parlayed his inheritance and connections (including time at Charterhouse School, the eventual birthplace of Genesis) into a late-blooming musical career, whose self-deprecation sometimes seemed more like a stubborn defense of amateurism, wrapped in the guise of doing good to your inferiors.

Britten’s attack had an Achilles’ heel, though; whatever his personal and technical faults (which he frequently admitted, with no outside prompting), Vaughan Williams knew a great melody, whether he borrowed it or wrote it himself.  His meandering musical development finally blossomed through his collecting English folk songs for nearly 10 years, saving many of them from vanishing forever.   Songs of Travel was a product of these years; RVW sets nine “love ’em and leave ’em” poems by Robert Louis Stevenson in a rich, romantic style, halfway between Franz Schubert’s lieder and long-lost ballads from Norfolk and Essex.  Both virile and sentimental, the cycle was immediately popular, with “Whither Must I Wander” becoming the biggest hit.

Gaining a lighter, clearer style through orchestration studies with Maurice Ravel, Vaughan Williams carried on, moving from his early, Teutonic-tinged textures toward a uniquely British sound, influenced equally by folksong and by the modes of Gregorian chant.  On Wenlock Edge was the first work where RVW really sounded like his own man.  Setting six concise, pessimistic verses of A. E. Housman (whose naive country lads are usually betrayed by lovers and/or tragically killed by poem’s end), Vaughan Williams gleefully depicts the gale of the title poem in both the austere, windblown melody and the sweeping orchestral backdrop.  And I’m only being semi-facetious in calling “Bredon Hill” the first prog song ever: the poet and his girlfriend refuse to go to church on a summer Sunday morning until the bells peal for their wedding.  Bad move: winter comes, only one bell tolls, the girl goes to church alone (“the mourners followed after”), and the narrator’s only remaining desire is to follow her to the grave — all deliciously depicted in major/minor key shifts, the orchestra playing the role of a giant, malignantly deranged bell tower.  If that’s not over the top, I don’t know what is.

Lusciously played and sung, thrillingly recorded, this album convinced me that, whatever his technical and personal shortcomings, Ralph Vaughan Williams knew his musical stuff.  As with Britten’s War Requiem,  Songs of Travel/On Wenlock Edge pointed me in the direction of a composer whose works I’ve enjoyed for more than 40 years, whether through listening (see my favorites below) or through singing his Dona nobis pacem, Fantasia on Christmas Carols and Sea Symphony with the Grand Rapids Symphony Chorus.  So I think I can forgive Ben Britten’s blind spot.

Unfortunately, this recording is out of print.  But, fear not: of course it’s on YouTube!

Songs of Travel (“Whither Must I Wander” is eighth on the playlist):

On Wenlock Edge, Part 1 (which starts with the title song):

On Wenlock Edge, part 2 (which starts with “Bredon Hill”):

Other Favorites by RVW:

Previous albums in this series:

One thought on “The Albums that Changed My Life: #6, Songs of Travel & On Wenlock Edge by Ralph Vaughan Williams”