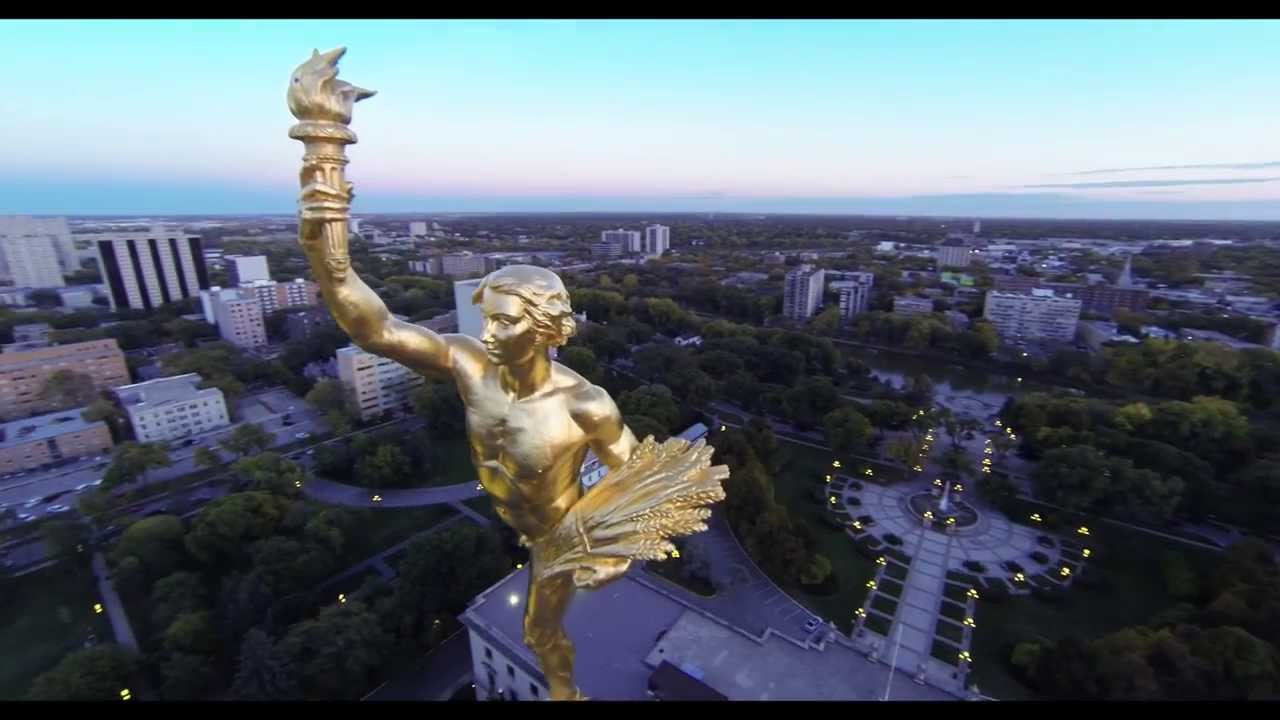 “I hate Winnipeg,” sings the ironic refrain of the song One Great City! by Winnipeg indie band The Weakerthans.

In the last verse of the song, an “arcing wrecking ball” delivers the brutal sentiment on behalf of “our Golden Business Boy,” who “up above us all, leaning into sky,” tells a pious lie (“I love this town”) as he watches “the North End die.”

The lyrics refer to the statue gazing northward on the dome of the Manitoba Legislative Building. Popularly known as the Golden Boy, the “Eternal Youth” (his official name) surveys the architecture of Winnipeg.

In the poetic lyrics of The Weakerthans’ John K. Samson, the statue symbolizes the commercial imperatives of secular culture. Money and power rule the city, extracting profit from the weak.

The genius of the song consists in its many ironic contrasts between words and deeds. For example, money and power demolish the past, proclaiming love for “one great city” (on Winnipeg’s highway welcome signs) at the same time as they wreck it for further profit.

On the other hand, a humble artist writes a tune repeating, “I hate Winnipeg.” Yet with its wistful music and poignant storytelling, the song communicates his real love of home.

I feel how the example of sacred architecture, in the midst of a crude and rapacious secular culture, can instead cultivate for humans a real and lasting sense of home.

Without such beautiful architecture, utilitarian commercial interests will define the landscape of one’s hometown. The ugly skyline created by such cruel economic motivations contrasts ironically with real humans, whose nature will always seek to love the place where they live, just as The Weakerthans observe in their song:

And in the dollar store
The clerk is closing up
And counting loonies, trying not to say
I hate Winnipeg.