The greatest thing about Top Ten lists is that I get to learn about the best stuff during the year that I missed. For instance, take Gungfly’s On Her Journey to the Sun (2017).

I knew of it earlier, but never got around to listening to it. And for the dumbest reasons too: I had no idea how to pronounce either one of Rikard Sjoblom’s names (first or last); I figured solo work by any BBT dude would never be as good as BBT itself; and I had no idea what the hell a “gungfly” was (although I do know Socrates the “gadfly”).

Well, a bunch of Progarchy people, whose taste I trust, put the disc on their year end lists. So, finally, in January, I set aside time to listen. Sure enough, the album is absolutely freaking amazing, one of the best things I have heard in ages. As for 2017, I can’t decide which masterpiece is better: Dave Kerzner, Schooltree, or Gungfly.

In any case, I am now officially revising my 2017 lists, due to Rikard’s amazing achievement. Because I had built-in overlap between my BEST METAL and BEST PROG lists (in order to accommodate this very type of “late to the party” 2018 situation), I can take Sons of Apollo and Unleash the Archers off of my best prog list, since they are already duplicated on my BEST METAL list. Instead, I am swapping in Gungfly and one other worthy artist that I discovered in January 2018 (thanks to all those awesome Progarchy Best Of lists). Curious? Stay tuned, or else take a peek at my revised BEST OF 2017 list.

By the way, I cannot wait to hear the five disc box set coming out from Rikard this year, in 2018! If you haven’t yet pre-ordered, do so now, because it is an amazing deal: Rumbling Box. Click on the image below. 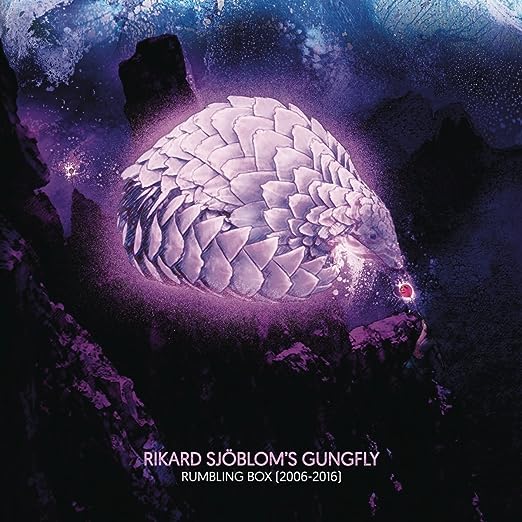