(1) “Land Animal” by Bent Knee: One of my favorite albums of 2017, regardless of genre, classification, categorization, etc. As I marveled in my mini-review for Progarchy: “the whole of Bent Knee is, again, hard to describe, a mixture of orchestral-ish passages, raw but tight guitar, polyrhythmic craziness, classically-imbued moments of open tenderness, angst-packed explosions, and much more.” Don’t miss it.

(2) “In Contact” by Caligula’s Horse: The lads from Down Under rarely disappoint, and this powerful, masterful album catches them at the height of their powers. As I wrote in my fairly detailed Progarchy review: “In Contact proves the band is incapable of producing anything less than exceptional, and it is arguably their best work to date.”

(3) “Malina” by Leprous: More pop-ish and less overtly prog-ish than previous releases, this is a lean, catchy, and often anthemic album that still packs plenty of heavy punch while clearly reaching out to a wider audience. Great driving music!

(4) “The Source” by Aryeon: A wild, over-the-top sprawl of an album filled with more hooks than a deluxe fishing kit, equalled only by the number of singers (dozens? hundreds?). Considering the dystopian, apocalyptic nature of the story and lyrics, this is simply aural fun at its best. Ear candy deluxe!

END_OF_DOCUMENT_TOKEN_TO_BE_REPLACED

Most of us have some sort of superstitions.  Maybe we believe in a lucky number, carry a lucky rabbit’s foot (the rabbit might disagree about the luck associated with the foot), or have a pre-game ritual for our favorite sports team.  On the flip side, we may harbor some superstitions about bad luck.  Walking under a ladder, opening an umbrella indoors, having a black cat cross your path … those superstitions are prevalent as well.

For me, I always had a thing – negative that is – about the number 17.  For some reason it just felt like an unlucky number.  Whenever there was an occurrence of something not to my liking, any association with the number 17 was immediately seized upon.  So, it was with a little trepidation that I approached 2017, including in terms of music.  Boy, was I wrong, and boy, was I glad to be.  Superstition status: shattered.

Once again, for the umpteenth year in a row, it was a great year in music, particularly in the genre of progressive rock that brings us all to this site.  Once again, it was a year where the number of great releases exceeded the amount of time available to listen to all of them – as the wide variety of picks in the year-end lists on this site demonstrates.  So, without further adieu, her is my own list.

END_OF_DOCUMENT_TOKEN_TO_BE_REPLACED

As the above diagram illustrates, some bands hit all the sweet spots.

But however you classify it, great music is just great music, wherever it lands.

Thank you to all my fellow Progarchists for sharing so much great music this year.

Keep calm and prog on!

Or, as BBT would also say, “Merry Christmas!”

As promised, in addition to my TOP 10 PROG and TOP 10 METAL lists for 2017, here are my TOP TEN ROCK ALBUMS of 2017. I say “rock” but really this is the list where I include everything that is not so easily divvied up onto either my metal list or my prog list. So I guess it’s really ROCK/POP/OTHER, but that doesn’t sound as good in the title. In any case, I am sticking to the usual constraint of ten, but of course (as usual) I also abandon the metric system to make the list into an expanded imperial dozen: 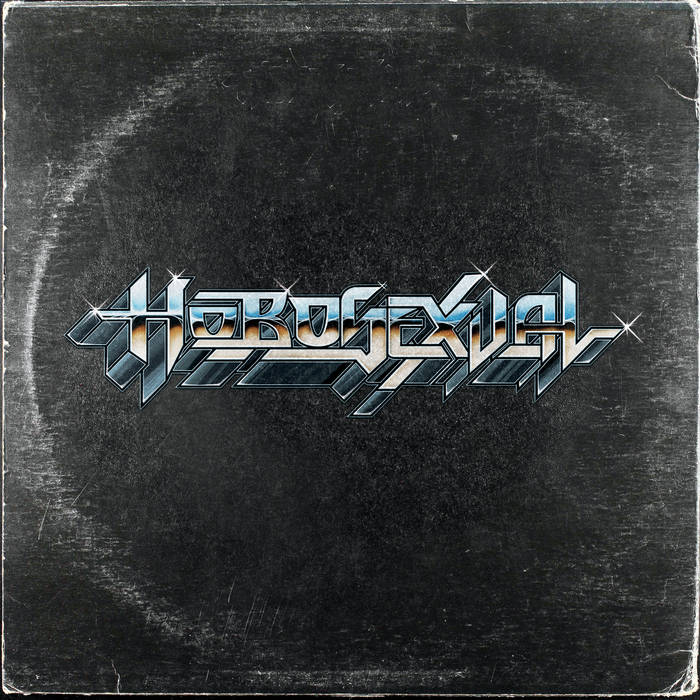 Hobosexual Monolith is heavy and hilarious retro rock, so good that you will want to own it in its delicious gatefold LP edition. The lyrics will have you laughing at all the references, especially in wild songs like “VHS or Sharon Stone.”

U2 Songs of Experience is an unexpected delight, being the best album they have released in eons. It incorporates all the best elements of each of their past musical periods. I have been with these guys since Boy and October, so my opinion carries credibility. Believe me, it’s so good it takes you back to those happy memories from the early days, when you heard something truly fresh and unique and infectious.

Weezer Pacific Daydream starts off with the archetypal Weezer sound on “Mexican Fender” (a killer single) but then suddenly morphs, around about track five, into an album that mines the sounds of the 1950s and 1960s for the rest of the disc. Unexpectedly, it works. Kudos to Weezer for not playing it safe, and for taking musical risks.

END_OF_DOCUMENT_TOKEN_TO_BE_REPLACED

In Part 2 of Yet Another ‘Best Of’ List, I showed you the albums that I’d ranked sixteenth to ninth; now its time to conclude proceedings by counting down my top eight releases from 2017…

I confess to being ignorant of Guy Manning’s repertoire, which is very remiss of me if this is any way representative of his output. Put simply, this album is an absolute joy, wonderfully melodic and catchy as hell – read Erik Heter’s excellent review if you want a detailed breakdown of its myriad delights. A sure sign of a great album is the difficulty you have in singling any track out for special praise, but I feel compelled to highlight the cool jazz-funk of Believer – Redeemer and the extended soloing in Oil Over Arabia as particular favourites. Guaranteed to get those toes tapping!

The second album to emerge from Daniel Tompkins’ collaboration with Skyharbor’s Keshav Dhar. (I’ve yet to hear the first.) When I checked my music software stats, I just couldn’t believe how often I’ve played this. To these ears, it is a thing of beauty, flowing effortlessly from one track to the next, with Symmetry and The Sage the tracks that particularly stand out. Critics may lament the lack of bite, but if you just sit back and give it a chance, its gentle charms may seduce you and warm your soul. Who needs chemical stimulation when you have something as genuinely mood-enhancing as this?

END_OF_DOCUMENT_TOKEN_TO_BE_REPLACED

Haha, one of the year’s very best ROCK albums… coming soon to my forthcoming TOP 10 ROCK list, which will supplement my TOP 10 PROG and TOP 10 METAL lists…

As the resident metalhead among the Progarchy editors, I offer not only my Top 10 (Prog) Albums of 2017, but also my TOP 10 METAL ALBUMS of 2017 (below). Ever since I first discovered Rush, my favorite genre is prog metal, and you’ll observe the tilt in taste in that direction below. If you like prog, then you will enjoy all the complex and satisfying metal that has made my list below.

Every few albums, Rush would include a pure instrumental showcase, but what if they had ditched Le Studio and took off to Scandinavia to record an entire album of instrumentals? That’s what sleepmakeswaves Made of Breath Only sounds like to my ears, and it puts a smile on my face every time I hear this amazing album.

Odd Logic Effigy gives you everything you want in an advanced prog metal album, woven here into an especially satisfying, coherent musical whole, and it is truly a shame that this band is not better known, because their art is magnificent.

Soen Lykaia is a distinctively original metal album that combines all the sounds you love from intricate metal into a highly unique whole, marked with upper-echelon musicianship.

Lucid Dreaming The Chronicles Part II is an incredible heavy metal concept album with populist vocals that sound like the cast of a Broadway musical, in service of the dramatization of The Chronicles of Prydain. (Dream Theater totally blew it with The Astonishing pile of crap, but Lucid Dreaming shows what a stage musical metal concept album should really be like instead.)

Leprous Malina is a mysterious and infectious slab of metal that I can thank Progarchy editor Carl for turning me on to, and its richly dark textures get better and better with each listen. Thanks, Carl!

END_OF_DOCUMENT_TOKEN_TO_BE_REPLACED

In a few other posts, I have had the privilege of listing my top albums, in the order I loved them.  My 2017 list goes, from no. 10 to no. 1: Anathema, The Optimist; Bjorn Riis, Forever Comes to an End; My Tricksy Spirit; Ayreon, The Source; The Tangent, The Slow Rust of Forgotten Machinery; Cosmograf, Hay-Man Dreams; Glass Hammer, Untold Tales; Newspaperflyhunting, Wastelands; Dave Kerzner, Static; and Big Big Train, everything released in 2017!

There are, however, a number of great releases from the year that I simply did not have time to grasp fully or immerse myself in the way I think necessary to review properly.  None of this, however, should suggest–to my mind, at least–even a kind of lesser quality or second-hand citizenship in the world of Prog, or in the republican anarchy that is progarchy.

For what it’s worth, I thought each of the following extraordinary as well, and, I hope, when Kronos allows, time to embrace each in the way it deserves.

Lifesigns, Cardington.  I think John Young is a treasure of a musician and composer, and I’m honored to travel this world at the same time as he.  Intelligence radiates from everything the man does, and, even better, it’s an intelligence utterly in the service of good things.  The first Lifesigns was a shock of joy to me.  This one as well, though I’ve just not had the time to dive into it.

When I listen to Lifesigns, I actually think of Young and the band as the anti-Radiohead guys.  Imagine the darkness of Radiohead and then do exactly the opposite, in terms of melody and lyrics.  And, you might arrive at Lifesigns. My favorite track on this new release is nine-plus minute “Different.”

END_OF_DOCUMENT_TOKEN_TO_BE_REPLACED

Welcome to Part 2 of Yet Another ‘Best Of’ List!

After presenting that montage of my top sixteen albums from 2017 in Part 1, it’s time to start ranking them. So here we go, from sixteenth place to ninth place…

A controversial release, given the opinion of some that ‘The Tangs’ should have bowed out gracefully following the death of founder and last remaining original member Edgar Froese a couple of years ago. But Thorsten Quaeschning has proven himself a safe pair of hands, more than capable of moulding the ideas and musical thumbnail sketches that Edgar left behind into something that is most satisfying, and recognisably a TD album. Definitely worth a listen if you are a fan of the band, or of electronic music in general.

Charlie’s taken time out from bass-playing duties with Knifeworld and his various other musical projects to produce his first solo release – and very good it is, too! An utterly delightful collection of subtle and fascinating compositions, some with a distinctly oriental feel, played largely on acoustic instruments. Charlie handles guitars & sitar, and a host of others play everything else (among them various other members of Knifeworld, and Haken’s keyboard maestro Diego Tejeida). Particular highlights are The Earth’s Answer, Garden Of The Mind and closing track Apotheosis.