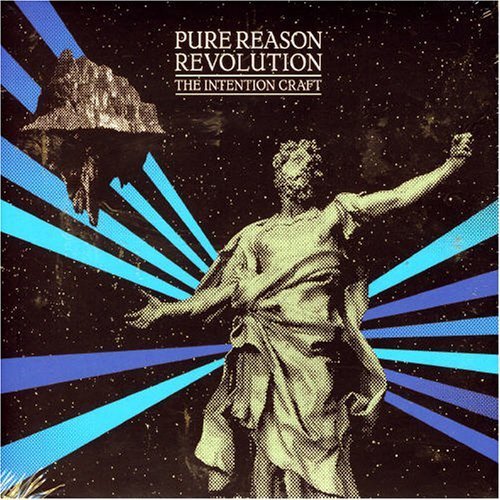 The three tracks were also released on 10″ blue vinyl with a picture sleeve (as SonyBMG 6759306).

The entire album of The Dark Third was then released on April 10, 2006, but without “The Intention Craft” on the UK version.

There, The Dark Third was the nine-track version with “The Exact Colour” and “The Twyncyn/Trembling Willows” as tracks 5 and 8, respectively.

Not until July 25, 2006, was the US version released, which was now a ten-track version (adding “Asleep Under Eiderdown” as a hidden track). This was the version that you (like me) probably know best, with “Nimos and Tambos” and “Arrival/The Intention Craft” swapped in for tracks 5 and 8.

For me, “Nimos and Tambos” was the gateway track. It immediately grabbed me and has never, ever let go since.

I call this 12-track playlist “The Definitive Version,” and I wish someone would do a CD reissue with this optimal track order, all on one CD.

As a band we’re fascinated with the questions raised about the origins and meanings of dreams. By the time we die we’ll have spent more than six years of our life dreaming, and a third of our lives asleep, relays Pure Reason Revolution’s lyricist/songwriter Jon Courtney. The Dark Third is kind of a concept album that investigates the supposedly sharp boundary between dreaming and wakefulness, and that perhaps the two states aren’t so different. So begins the surrealistic sonic journey of The Dark Third, Pure Reason Revolution’s explosive debut album. A love of art and a passion for music come together on their debut, where the surreal serves as inspiration for concrete lyrical and musical ideas. Pure Reason Revolution’s sound marries all that is good in rock `n’ roll, an infectious blend of today’s pop sensibilities and classic rock stylings as refreshing as it is timeless.

Also preceding the full album was a limited promo sampler:

1. Goshen Remains
2. Apprentice of the Universe
3. The Bright Ambassadors of Morning
4. Bullits Dominae
5. The Intention Craft

1. In Aurelia
2. The Bright Ambassadors Of Morning
3a. Arrival
3b. The Intention Craft
4a. He Tried To Show Them Magic
4b. Ambassadors Return

“In Aurelia” was also later released as a single (Nov 2005), and on An Introduction to Pure Reason Revolution (July 2006):

Note how this sampler ends with “The Intention Craft.”

Because The Dark Third is such a startling, unexpected masterpiece that towers above decades of releases, it deserves to be kept in print, but this time in a definitive edition. I would add “In Aurelia” and “Sound of Free” to fill out such a one-disc edition, to 14 tracks.

One thought on ““The Intention Craft” by Pure Reason Revolution”