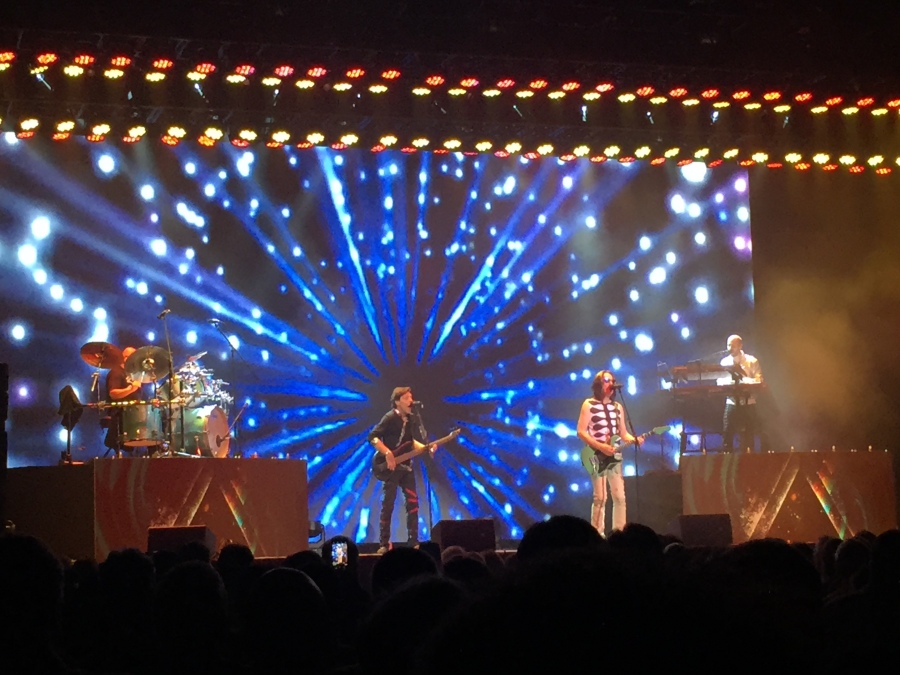 Thirty minutes into their opening set, Utopia had played just three songs — the entirety of the sprawling “Utopia Theme”, a five-minute instrumental chunk of the half-hour epic “The Ikon” and the extended progressive soul workout “Another Life.”  Todd Rundgren seared and soared on guitar; Kasim Sulton dexterously laid down the thunder on bass; Willie Wilcox channeled the jazz drumming greats he grew up on; and tour keyboardist Gil Assayas adeptly covered piano, horn and synth parts originally done by three people.  All that, plus pin-sharp four-part harmonies.  No wonder that Rundgren’s first words to the audience were, “we call that ‘The Blizzard,’” before Utopia stepped “out of the notestream” with a hard-rocking take on The Move’s “Do Ya.”

Surprisingly for a tour marketed to fans of classic pop-rock (their first in 33 years), the first half of Utopia’s show leaned on proggier repertoire; the precision-tooled flurries of notes kept coming, whether packed into tight unison licks or splattered across plentiful solo slots.  There were lots of stellar vocal moments too: Rundgren traveled effortlessly across his multi-octave range on “Freedom Fighters” and “The Wheel”; Sulton played a genial McCartney to Todd’s acerbic Lennon on the gritty “Back on the Street” and the yearning “Monument”; and the choral build of “Communion with the Sun” fit perfectly with the giant pyramid & sphinx projected on the back screen.  All in all, impressive, well-wrought stuff, performed with enthusiasm and landing with maximum impact.

The second set did take a decided turn toward power-pop.  Tunes like “The Road to Utopia”, “Love in Action” and “Hammer in My Heart” consistently cut to the chase, with less time between sing-along choruses, briefer solo spots and more opportunities to clap along in rhythm.  (And honestly, I’ve always preferred Utopia’s simpler moments; from 1977 on, they consistently mixed killer riffs, Beatlesque vocals and hi-tech gloss into tasty pop cocktails, with just enough rock crunch to give their albums an decided kick.)  They even played the perfect song for my lovely wife  — “Princess of the Universe,” with Wilcox’s only lead vocal of the night.

Ultimately,  the gathering energy of the second set had the desired result; as Rundgren ditched his guitar to focus on singing, the audience leapt to their feet for the gospel-flavored home stretch of “Love Is the Answer,” “One World” and “Just One Victory.”  Without question, Utopia deserved their standing ovation at the end; just over halfway through this tour, they’d given the 800-900 folks in attendance a evening of first-class music delivered with gusto (as well as with spectacular hi-definition visuals).  Here’s hoping this week’s planned audio/video recording of their Chicago show came off, so lots more fans can see and hear it.  A thrilling, fun concert! 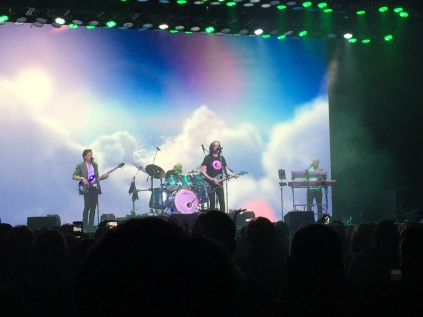 5 thoughts on “In Concert: On the Road with Utopia”