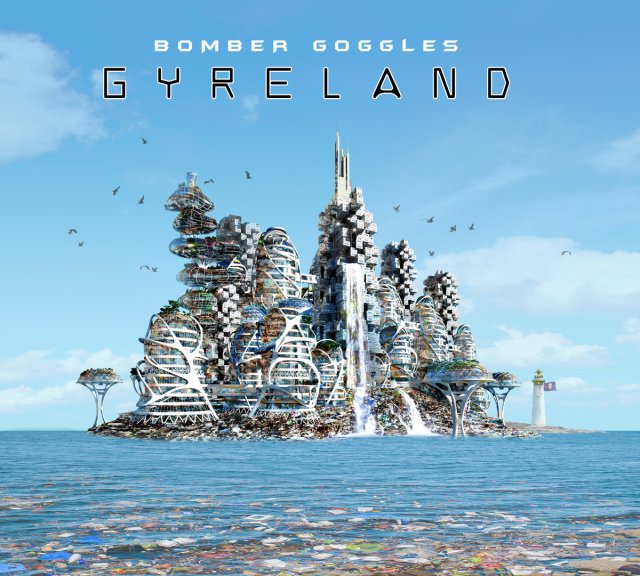 Perhaps it is a fortuitous time for this three-piece band hailing from California to be promoting their first album (although released in March of this year) given the news over the past month on the worldwide concerns around the growing mass of pollution in various oceanic parts of our planet. Namely the dumping of plastic bags and other items having a terrible ecological effect on the life that dwell in our seas. The beginning of this month set off alarm bells when an autopsy on a dead whale revealed over 80 plastic bags lodged in its stomach. When these sorts of things happen then you know we all have to do something before its too late. So maybe a poignant allegoric reminder via music is a good way to get the message across and that’s what Bomber Googles have done with this wonderful and highly conceptual, well, Prog concept album, Gyreland [CD Melodic Revolution Records, 2018]. 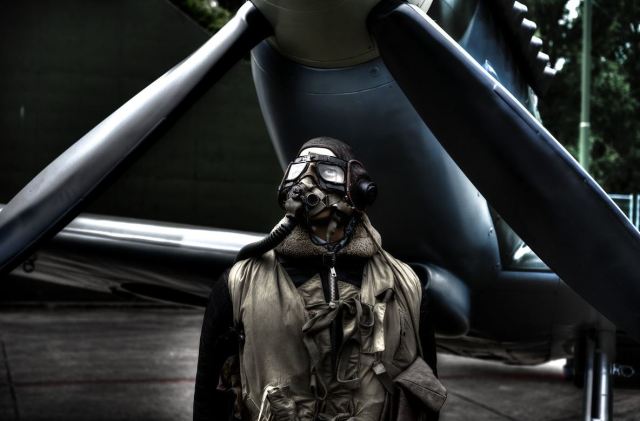 “Gyreland tells the story about a new continent constructed out of the plastic debris floating in our oceans. As the currents swirl, they bring the plastic together, something we are witnessing in our oceans today. The oceanic swirl is called the Gyre, and so in our story the new inhabitants name the new floating continent “Gyreland.”

Funnily enough I was doing some background research on another artist I was aiming on writing about and purely by accident came across the music being played on an online Prog radio station. I liked it well enough to want to find out a bit more about them as hadn’t come across them before.

One of the things that really got my attention was their great band name. Almost like one of those Big Big Train moments when you hear it. Prog reviewer, Kev Rowland asked Peter Matuchniak how their name came about. “I had a temporary band name made up of the first two letters of our last name: Bo, Ma, Gl, and pronounced it phonetically as “Bomaggle”. It was never intended to be our real band name, until I accidentally referred to us as “Bomber Goggles”. We all laughed, but the name stuck and everyone we knew told us to keep the name!”

These guys don’t muck around either. Gyreland was an album that came together pretty fast at the end of last year recorded over a couple of months based around a conceptual idea Gloster came up with and the band expanded on. Jimmy Keegan spent just one day getting the drums down for these thirteen tracks! Even though there is an important message behind if not in front of this album, there’s also an enjoyable tale to get into.

“As more people are drawn to it, they experience a strange phenomenon; they can almost anticipate each other’s thoughts, and this ability allows them to build Gyreland at an unprecedented pace. Some think the Gyre possesses strange forces or powers, while others believe it enhances our empathy or telepathy. Or perhaps it’s the earth’s way of rewarding those who choose to take care of her? We never find out the reason, but Gyreland attracts the interest of countries around the Pacific Rim who now want a piece of its power.

Three powerful countries form an alliance to invade Gyreland. At home, their citizens protest, but the “Triangle of Power” proceeds with their invasion plans, as well as plans to break the alliance once they get what they want.

The new people of Gyreland have no armies or weapons, and so they wait uneasily for the invasion to occur. Some hope the oceans that gave them a second chance will provide them an answer, an answer in the wistful waves. But on the day of the invasion, something strange happens. As the invading soldiers set foot on Gyreland, they are overwhelmed by a sense of empathy, which prevents them from wanting to fight. Perhaps empathy is the same force that allowed Gyreland to be built in the first place? Whatever the reason, the transformation makes any hostile takeover impossible because the new invaders simply abandon their army and join the people of Gyreland, a new turning point in the history of mankind. “

If you like Kayak, Pendragon and Roine Stolte to name drop but a few, then I think this will appeal to you. That’s not to say they’re exactly the same but there are bit and pieces here and there throughout that made me think of them in a neo prog frame of mind. They’ve also thrown in some interesting instrumentals that I think will serve them well if ever they plan on touring. Enjoy.