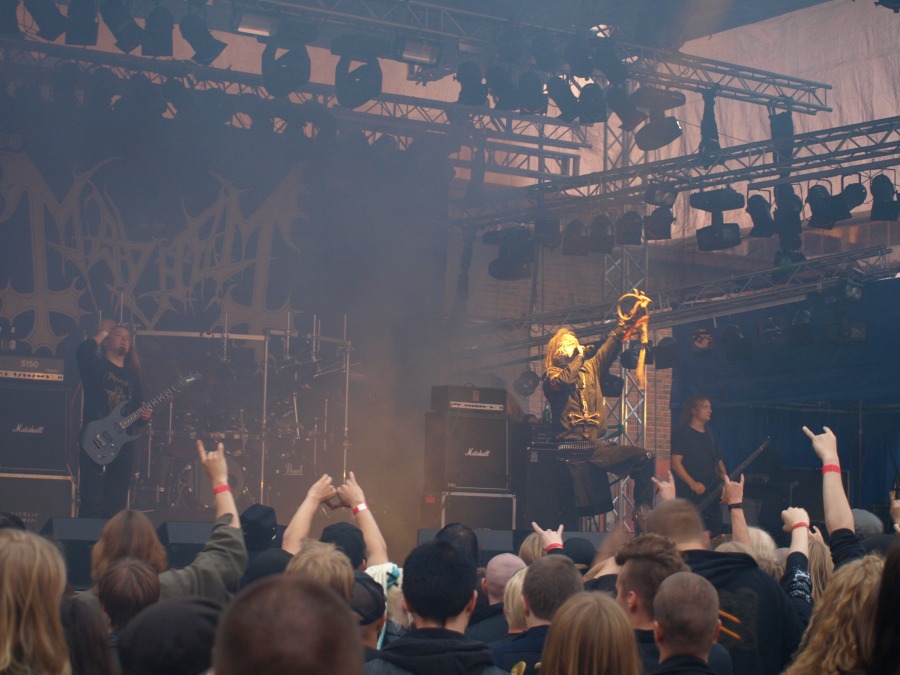 For an album which emerged out of utter chaos, De Mysteriis Dom Sathanas is flawlessly breathtaking. Just imagine, some of the real world events surrounding its release included suicide, murder conviction, conspiracy and deception. An ancient Greek philosopher once said — “The whole is more than the sum of its parts” – never been this evident. Musically and culturally, seems like Mayhem just defined the pinnacle of Norwegian black metal, which includes all its marvels and malice.

The album derives on that Darkthrone like dissent, the same aesthetic and cultural statement. But then proceeds to elevate black metal to a stunning jazz like refinement. It’s sophisticated and raw, complex and grounded, malevolent and dazzling. A rare infernal blend. Beneath the layers of intricate drums, riffs and abominable vocals is a sheer morbid coherence. Halfway into the record Csihar wails – “The past is alive” – followed by a staggering Hellhammer drum passage. Just about then you will realize, the album is unforgiving, and it’s just not going to let off on that technical intensity.