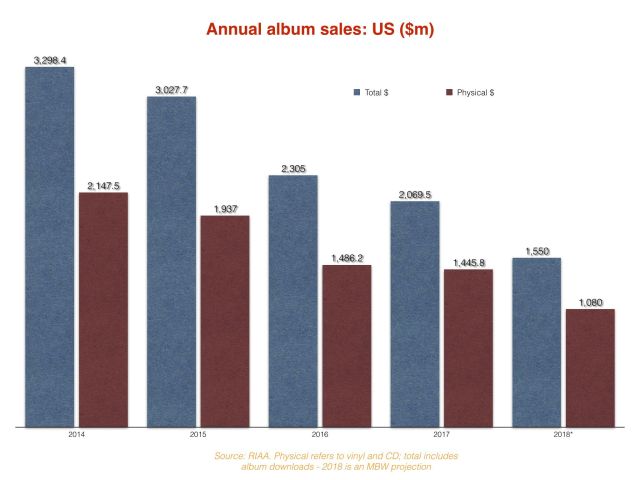 As we all know, the music business held hands with [Spotify’s Daniel] Ek and dived profit-first into a streaming-led industry.

Now, however, a murmur is quietly breaking out: In the rush to follow the money, did the music business sacrifice something more valuable than it could have realized?

Sure, hits on streaming services make a lot of people a lot of money. But as the death knell rings for the album — and the music industry returns to the pre-Beatles era of track-led consumption — are fans being encouraged to develop a less-committed relationship with new artists?