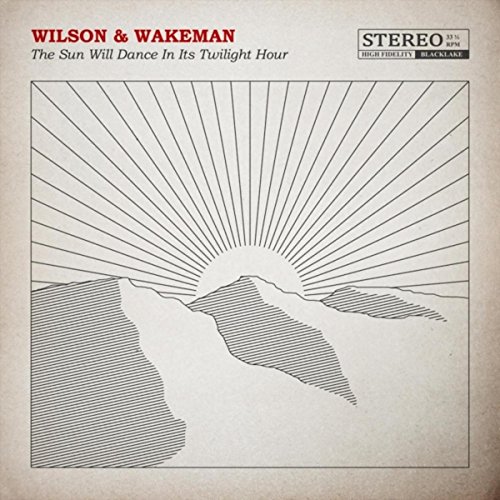 Some people may quarrel with me for calling this a prog album, but in that case I’ll leave you to debate with my fellow editor Bryan Morey over the definition of prog.

Damian Wilson’s singing with Headspace has been part of some of the most interesting prog of recent times. Headspace’s All That You Fear is Gone (2016) is a prog masterpiece. So, for me, Damian’s highly distinctive voice will always be freighted with my memories of that glorious album.

And if you’re Adam Wakeman, well, for crying out loud, as the son of Rick Wakeman, you are basically born as forever prog royalty. So, there can be no way this is not a prog album. QED.

Okay, seriously now: Perhaps the most progressive thing about this album is that it subverts our prog fan expectations. It totally strips everything down to the bare essentials of great songwriting, giving the vocals (alternating between Damian and Adam) lots of room to breathe, adding just enough keyboards or guitar (sometimes both), supported only occasionally by strings or the slightest sprinkling of percussion.

It’s like they decided, hey, let’s do a concept album: let’s do — here’s the concept — the opposite of prog.

And, funnily enough, that makes this album more than prog enough for me. Because, man, it is stacked, front to back, with emotionally devastating songs and perfectly calibrated musicianship.

Hey, question: who needs every bar of an odd-numbered time signature jammed full of a thousand weird instruments playing 32nd notes? Answer: no one, if you can deliver the emotional goods just with a powerfully simple song.

I have to confess that for me “The Last American Hero” and “Blackpool Clip Joint Racket” (tracks 1 and 4) are not the strongest of the album’s songs, a fact which kept me from getting into this album right away, if only because they occur so up front.

But they are surrounded by a number of superb and moving songs. “On This Battlefield” and “Always the Lonely One” and “Laugh In Time” and “Better Than That” (tracks 2, 3, 5, and 6) are clearly nothing other than perfection in songwriting and performance. They each captured my heart immediately.

Yet it is track 7 that I find most moving of all. In “Red Socks,” Damian tells the affecting story of how his heart was crushed at a young age, and it becomes a universal human story thanks to the poignant simplicity and emotional power of the way he unfolds the tale of his nascent inner life.

From there on to the end, the last three songs (tracks 8, 9, 10) continue on at the level of the preceding three tracks (tracks 5, 6, 7). “Shining a Light on a Miracle” and “Tried and Tested” and “The Sun Will Dance in Its Twilight Hour” are all lovely and uplifting.

Indeed, “lovely and uplifting” is how I could also describe the music of Yes. But while, yes, more is more, sometimes also less is more, no?

Wilson and Wakeman prove that less is more on this album.

To blow your mind. Just because they could.

And what could be more prog than that?