DJ Brass Camel is an amazing band that has already developed a style uniquely their own. They play a very cool blend of proggy funk, but some people may have been wondering why I placed their debut album at #2 on my Top 10 Prog list this year, rather than on my Top 10 Rock list, since one could argue that there is more funky rock on the album than funky prog.

The short answer is that it is a judgment call. For a quick justification, watch the incredible video embedded below, which is the best recorded version of their live playing that I have yet seen. The video, which can be replayed again and again, bottles their magic so that you can see for yourself the delicious progginess with which they infuse their music. The nimble riffing is simply fantastic, and you can see their magic recipe includes sweet doses of Moog and Rickenbacker. There are beautiful little moments when their playing takes on what I call “the Rush aesthetic” — that is, the playing is so tight, and then even more wondrously there are sudden subtle insertions of instrumental virtuosity into a little corner of a bar here and there: especially check out the instrumental break that begins at 1:44 below.

The long answer is that this band put on the most incredible prog concert I have ever seen at the Planetarium this year on Nov 2. (Note: because it sold out so quickly, they added a second show on Nov 1 which I was unable to see because I had to be teaching a class; in retrospect, I should have required my students to go to this masterclass in prog instead!)

I saw some pretty unbeatable concerts this year — Sloan, Lake Street Dive, Haken, Leprous, Bent Knee — but this concert was on a completely different level. DJBC rented the Planetarium at the Vancouver Space Centre, projected cosmic visuals cycling on the dome, and played note-perfect version of some of the greatest songs in prog, moving through a jaw-dropping set list:

Pre-show social with wine and beer

Intermission with wine and beer

The band brought in a host of authentic instruments in order to re-create the pristine sounds of the originals. Watching any one of the original bands play these songs on their original tours would have been a priceless experience, but what DJ Brass Camel did was give you an experience equivalent to hearing all these of these superstar bands live together on one night. You had to hear it to believe it, and it sounds almost unbelievable to say it, but the songs sounded just as good as anything the original artists can do live.

The evening began as Daniel came out in a lab coat and announced via a bullhorn: “This is an announcement from Genetic Control — the concert will begin in five minutes.” After everyone finished their drinks and took their seats, the light show began and you heard the keyboard washes introducing “Watcher of the Skies” as Adam Wazonek (a.k.a. “The Wizard of Waz”) began working what would be his evening of magic; you would swear he was Keith Emerson himself later when you heard him play the ELP.

Curtis Arsenault (a.k.a. “Professor B” — and B is for BASS) played every bass line faithfully all night long, which was nothing short of a miracle, and his tone was the most perfect live bass playing imaginable, you could hear all his bass runs so crisp and clean, it was so divine. When you heard him doing those snaking riffs from “Xanadu” in airtight dynamic synchronization with Cole George (a.k.a. “The Governor of Givin’ ‘Er) on drums, the second coming of Neil Peart, you were in Rush heaven.

The band brought in Brice Tabish as guest vocalist to sing a perfect imitation of Geddy Lee on all the Rush tracks. And yes, you read that right on the set list, they did all of 2112 as their encore. Brice’s emotion and expression was so good, he even added something extra to the Rush tunes, evoking passion and pathos in unexpected ways that a longtime fan may have forgotten is at the heart of this music.

Lisa Brady was another great guest vocalist, who came in to do the requisite female vocals on all the Pink Floyd classics. As an added bonus, the band’s shadows were projected from the stage onto the Planetarium dome as they played, and her own elegant shadow danced among the planets and stars.

Speaking of vocalists, the band had planned to bring in another guest vocalist to do Jon Anderson’s vocals on the Yes tracks. But in rehearsals, when guitarist Axel Attal (a.k.a. “Lebanese Lightning”) stepped up to the mic to sing placeholder lead vocals during an early rehearsal, they realized that he himself sounded exactly like Jon. So, in a moment reminiscent of Genesis discovering Phil Collins as their Peter Gabriel replacement, they called up the dude they had hired as their Anderson imitator and told him they no longer needed him for the gig!

J.T. Platt brought his soprano and alto sax skills to the proceedings, and many people I spoke to at the intermission considered “21st Century Schizoid Man” to be one of the highlights. But I think they just said that because it was the last song they had just heard. In truth, every song was a highlight of evening! There was no filler, not even the DJBC original instrumental that they inserted into the concert, because remarkably their own music stood as tall as the greatest hits of prog. Hearing them play their own music side-by-side with the greatest songs of yesteryear, you knew you were in the presence of musical greatness, as they proved themselves worthy to do justice to these sacred songs of prog.

I was prepared for the virtuoso guitar talents of Daniel James, since I had seen the band at an earlier concert, but what I was unprepared for was his unexpected vocal abilities. Previously, I was familiar with him shredding his vocal chords to bring the spirit of James Brown to the funky rock on Camel’s songs from their debut album, but it turns out he has more vocal abilities than he has revealed on recordings yet.

In particular, because of his love for early Genesis, he does an amazing imitation of Peter Gabriel. I think subjectively my favorite song of the evening was “Dancing with the Moonlit Knight” because of his stunning vocal rendition of it, packed with so much power and emotion. But right from the beginning he knocked me out my seat with “Watcher of the Skies” when he came out dressed in authentic Gabriel garb and wielded a tambourine with all the right signature moves.

Objectively, perhaps the finest musical achievement of the evening was the rendition of “Starless” which held together in an amazing way, despite all the dissonance and cross rhythms built into the track. Everything they played that night was difficult for musicians to play, but this one takes the cake, for sure.

Overall, it was the concert of the year for 2018, maybe even for all time, because when could I ever see all those original prog bands on one night in such an intimate setting? The sound and lights were more perfect than they could be at any arena or medium size venue. And why don’t more prog bands do planetarium shows? It was a revelation to be orbiting various planets during “Roundabout” and “Long Distance Runaround” — finally I understood the lyrics, haha! — and it was simply the best theatrical way to complement these songs.

Prog on, DJ Brass Camel. I hope more people will see your live magic soon. In 2018, you gave us a show for the ages. Thank you! 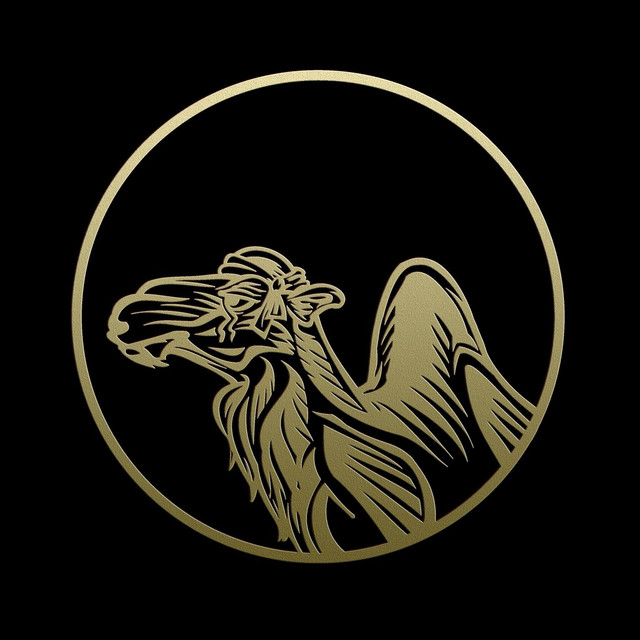