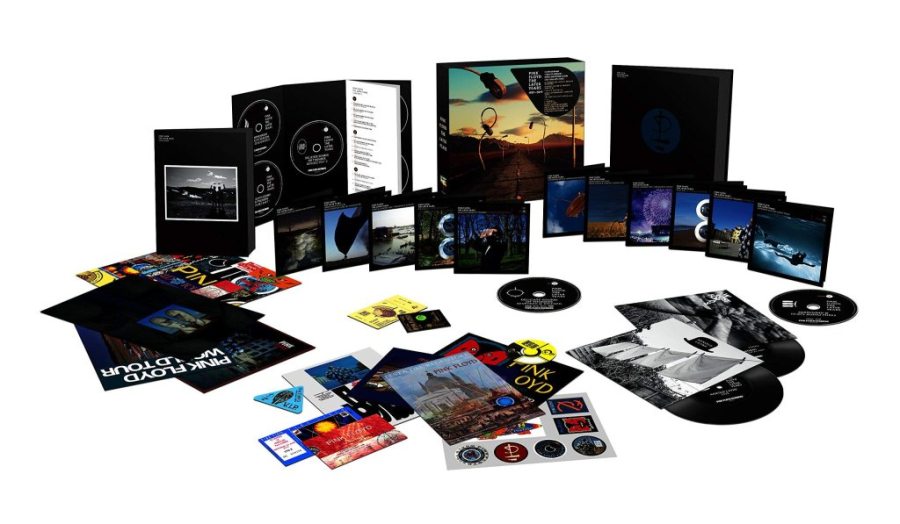 After 2010’s reworking of their catalog (single-disc Discovery remasters, with Dark Side of the Moon, Wish You Were Here and The Wall also released in multi-disc Experience and super-deluxe Immersion sets), followed by 2016’s massive Early Years set, the Floyd is preparing to unleash The Later Years: 1987-2019 this November 29th.  Focusing on albums and shows from after the split with Roger Waters, you may be surprised at what’s included — what’s not — and what it’ll set you back.  But that’s for after the jump …

The Later Years is set to include:

Call me cynical, but WHY??  This set costs nearly as much as The Early Years, which included probably twice as much material.  And six months after that big box was released, Pink Floyd broke that set up into six smaller, much more affordable boxes.

It’s tempting to wait for a similar thing to happen with The Later Years.  (Or just pick up the single CD/2 LP sampler that will come out the same day.)  But if the price drops enough … or if I just can’t resist … well, watch this space.

(P.S.  The Later Years will leave Animals and The Final Cut as the only Floyd albums that haven’t received some level of deluxe treatment, although a surround mix of Animals has been rumored for a while.  Maybe they’ll save that for The Middle Years …)