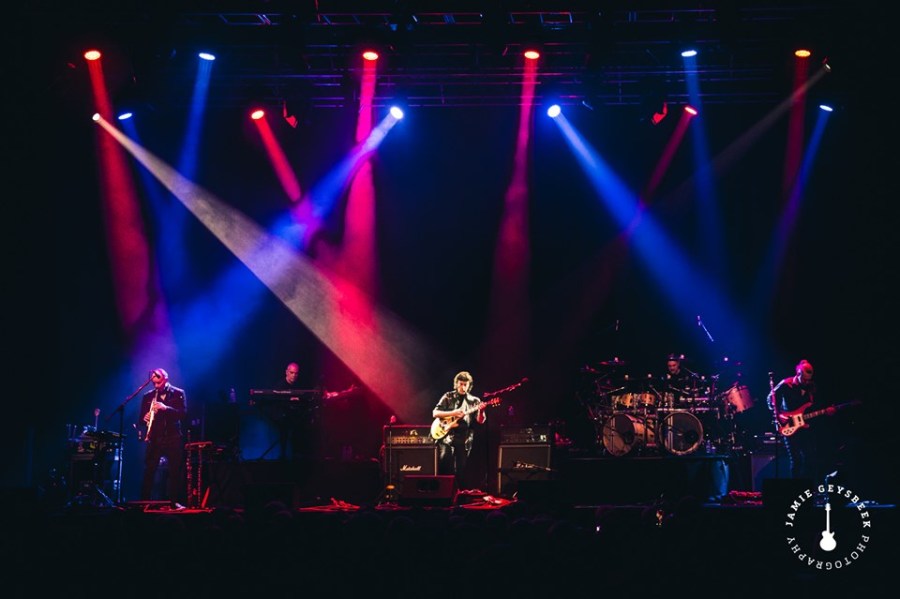 Setlist:
Set 1
Every Day
Under the Eye of the Sun
Fallen Walls and Pedestals
Beasts in Our Time
The Virgin and the Gypsy
Tigermoth
Spectral Mornings
The Red Flower of Tachai Blooms Everywhere
Clocks – The Angel of Mons 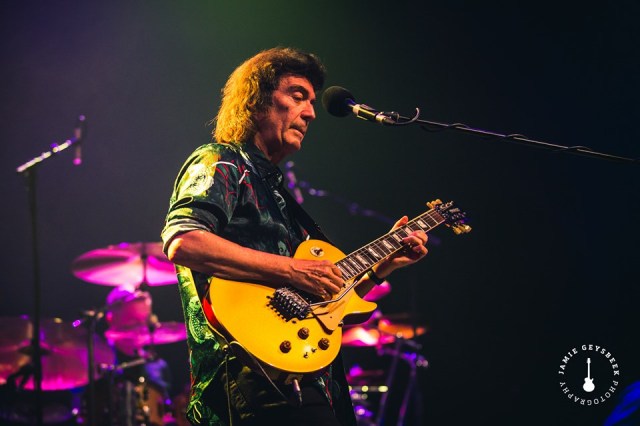 I had been looking forward to this concert ever since I bought tickets at the beginning of the year. I had never seen Steve Hackett live, but it had been at the top of my bucket list for a while. He’s my favorite guitarist, and I’ve loved all of the recent Genesis Revisited live albums. I consider Selling England By the Pound to be one of the finest albums ever made, so I couldn’t pass on the opportunity to see Mr. Hackett and company perform it live. They didn’t disappoint. 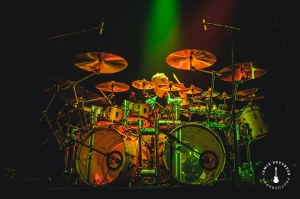 During the first half of the show, the band played highlights from Hackett’s 1979 solo album Spectral Mornings and this year’s At the Edge of Light. The whole set was very strong, but I particularly enjoyed Craig Blundell’s drum solo. Some drum solos can be a little boring, but not this one. Very engaging, interesting, and complex. The opening “Every Day” really highlighted the light and airy style of Hackett’s solo music, while “Beasts In Our Time” showed how heavy his music can be. Jonas Reingold’s bass was exceptional all night, but the bass line on “Under the Eye of the Sun” really allowed his talent to shine.

“Spectral Mornings” and “Clocks” were probably the best songs from the first set, but everything was played extremely well. Hackett explained to the audience how he came up with the idea for the song “Spectral Mornings” after thinking about what a great response the guitar solo in “Firth of Fifth” had gotten from the fans back in the 70s. He decided to make an entire song in that vein. Hackett also mentioned that Nick D’Virgilio was in attendance at the show. At the beginning of the intermission, I saw D’Virgilio walk down the aisle three feet away from me – that was pretty cool. I wasn’t going to bother him, though. I also got to catch up with fellow Progarchist Rick Krueger during the intermission – always a treat speaking with him.

At the beginning of the second half, we got what we were all waiting for – “Can you tell me where my country lies…” Hearing one of the greatest albums ever recorded in its entirety was absolutely fantastic. Nad Sylvan was spot on through the whole album. “I Know What I Like” found the band improvising a little bit in instrumental parts throughout, but it worked wonderfully well without taking anything away from the song. After the “Me? I’m just a lawn mower” part, Sylvan did his own little lawn mower walk across the stage, which I found amusing.

Roger King’s piano on “Firth of Fifth” was exceptional, but anyone who has watched some of the Genesis Revisted DVDs from the past several years will know that. Hackett’s guitar solo on that track was precise and smooth. He played it exactly how it appeared on the album.

Again I must say how phenomenal Nad Sylvan was. He made multiple costume

changes throughout the show, and he usually walked off the stage during instrumental sections. Phil Collins sang incredibly high on “More Fool Me” (one of the rare songs prior to Peter Gabriel’s departure where Collins sang lead), and Sylvan nailed it. I was blown away by “The Battle of Epping Forest.” That song can’t be easy to sing, but he imitated Gabriel’s style of singing perfectly, right down to the R rolling. Rob Townsend’s high-pitched “you’re telling me!” made me laugh. “The Cinema Show” found Sylvan drilling every note, complete with his own theatricality. It’s clear he enjoys his role, and I’m glad he’s able to bring his own personality to these shows.

“Deja Vu” was an interesting surprise. Originally written by Gabriel during the Selling England recording sessions, it wasn’t recorded until Hackett finished it for his first Genesis Revisited album back in 1996. It’s a very nice song, and I’m glad Hackett decided to include it on this tour.

The final songs of the show kicked up the intensity a few notches with “Dance on a Volcano” and an extended version of “Los Endos.” The heaviness of these songs (particularly compared to Selling England) made a nice end to the evening.

Seeing Hackett live really reinforced for my opinion that he’s the best guitarist in the world. No one else plays like he does. He can make sounds on a guitar that most people would use a synthesizer for. Beyond that, he’s brilliant on classical and acoustic guitars as well. His 12 string was a gorgeous instrument custom made for him by the same guitar maker who made twelve strings for Mike Rutherford, George Harrison, and others I’m forgetting. It had a beautiful tone, and in Hackett’s hands it sounded majestic.

This was one of those rare concerts where I didn’t need earplugs for the entire show. I wore them in the first half, but I didn’t need them for Selling England, although I put them back in for the loud encore. I took them out after “Dancing With the Moonlit Knight” because Nad’s vocals were too low in the mix. With the earplugs out I could hear him better, but he was still a little low overall, which was a shame considering what a great job he did. I was sitting just to the right of the sound booth too, so in theory I should have had one of the best seats in the house as far as sound goes. Rob Townsend’s saxophone was way too high in the mix – it drowned out Hackett’s guitar on a couple of songs. Other than that, though, the music wasn’t deafeningly loud. There was no obnoxious crunch in the sound, which happens all too often at rock concerts. The instruments all sounded clear and distinct, which you really need for this music.

The only downside to the show was the number of alcoholics who seemed to think the show was just another bar night. I hope Hackett at least gets a cut from the beer sales. There were a few times when some people started shouting incoherent idiocies, and Hackett sarcastically replied “thank you” to the crowd. I’ll never be a fan of beer flowing under my feet at concerts. I don’t remember the Yes show I saw at this venue last year being like this at all – I’m not sure what the deal was at this show. But that didn’t impact the quality of the music at all, and I’ve had worse experiences at concerts. While there was some degree of senseless yapping during the songs, none of it was loud enough to really distract me from the show.

Nevertheless I still like this venue (20 Monroe Live in downtown Grand Rapids) for a couple reasons. For one, it isn’t too big so you can get a pretty good view from basically anywhere. Since it isn’t massive, you don’t have to wade through such a big crowd when you’re leaving. The venue is also connected to an old building that has several good restaurants to choose from, so it’s easy to make an evening of it. It is definitely a good venue for downtown Grand Rapids.

Definitely catch a show on this tour if you haven’t already. The concert was fantastic. The band did justice to this phenomenal music, and Hackett is a wonder to behold on the guitar. Each of the musicians played exceptionally, and Nad Sylvan is perfect in this role. You couldn’t ask for a better vocalist for this music. Hackett does this legendary music justice, and I’m glad he’s continuing to share this music with the world in a live setting long after the rest of Genesis gave up on it.

Check out Rick Krueger’s take on the same show – https://progarchy.com/2019/10/06/in-concert-steve-hackett-at-the-edge-of-spectral-mornings-light/.

Photos courtesy of Jamie Geysbeek Photography on behalf of 20 Monroe Live. See all the photos from the show here.