Touch guitarist Markus Reuter’s new album Truce is utterly bracing, a cold slap in the face that boggles the mind and kicks off 2020 in the best way possible.  Recorded live in the studio on a single day in collaboration with bassist Fabio Trentini and drummer Asaf Sirkis,  this is the unfiltered sound of three virtuosos throwing caution to the winds and just going for it. Put simply, these seven instrumentals rock — hard, sharp and smart.

Reuter (best known for his partnership with King Crimson members Tony Levin and Pat Mastoletto in Stick Men) lets rip without a pause, now firing off astonishingly ballsy/brainy solos, now laying down pensive, brooding soundscapes — then layering the one atop the other! Trentini is stunningly melodic and stunningly powerful on fretless bass, always laying down a deep, unshakeable foundation for Reuter’s explorations.  Sirkis (one of the subjects of Bill Bruford’s doctoral dissertation Uncharted) is a genuine revelation on drums — simultaneously disciplined and free, tight and loose, spinning out endlessly compulsive grooves, whether subtle or stomping.  From start to stop, the music these three make is unbeatably powerful, head-snappingly varied, and vividly compelling — whether on the searing stomp of a title track, the brutal mid-tempo funk of “Bogeyman”,  the abstract balladry of “Be Still My Brazen Heart”, or the Police-ified dub wig-out of “Let Me Touch Your Batman”.  Listening to Truce is an hour-long thrill ride with tons of substance to chew on through multiple listens — one you need to experience for yourself.

Beyond its sheer brilliance, Truce is also a testament to one of progressive music’s unsung heroes — the 100th release masterminded by Leonardo Pavkovic.  Since 2001, Pavkovic’s one-man operation MoonJune Records has been on a mission to “explore and expand boundaries of jazz, rock, ethnographic, avant, the unknown and anything between and beyond” with artists from across the globe.  Whether relatively well-known (Tony Levin, Stick Men, Soft Machine) or criminally anonymous in the Western Hemisphere (Indonesian fusioneers Duwa Budjana and Dwiki Dharmann, Sirkis’ rewarding solo projects and marvelous International Quartet featuring vocalist Sylvia Bialas, masterful European musos like guitarist Mark Wingfield and drummer Xavi Reija), Pavkovic has believed in them, recorded them on their own and in exciting combinations (often at Spain’s La Casa Murada, where Truce was laid down), and helped them take their music to the people.   Already this year, Pavkovic has mounted North American tours of The Levin Brothers (cool jazz with Tony and pianist brother Pete) and vintage English/German proggers Nektar; Stick Men dates in Asia and North America follow starting in February.  Whew!

If all of the above intrigues you, MoonJune currently offers two in-depth ways to get in on the action.  A subscription plan gets you everything released for a year as multiple format downloads plus bonus back catalog albums and samplers plus 25 percent off vinyl, CD and merch purchases. (I splurged on this with Christmas cash, and am already plotting what to get next.)  Or the same amount ($100) gets you 19 album downloads from across MoonJune’s catalog or 19 CDs (selected catalog titles, with a minimal shipping charge added).

But if the above is too rich for your wallet, or you want to dip a toe in the water first, take my advice: listen to Truce.  And buy Truce.  Then dive deeper into what MoonJune Records has to offer.  I think you’ll be glad you did!

Submitted for your consideration: perfect pairs that have been engaging my two ears and two eyes for the past two months, recalled as a Michigan summer enters its last hurrah …

I’m thrilled that Esoteric Recordings’ reissue series from British folk-proggers Renaissance now includes 1976’s Live at Carnegie Hall;  recorded over three sold-out nights at the legendary New York venue, this set has been a favorite since high school days.  It captures Renaissance’s essence: Annie Haslam’s clear soprano vocals soar over Michael Dunford’s spacious acoustic guitar, John Tout’s supple piano and keyboard work, Jon Camp’s agile bass and backing vocals and Terry Sullivan’s orchestral drumming.  Members of the New York Philharmonic join the band for most of the set, bringing out the delectable French and Russian flavors of extended classics like “Can You Understand”, “Running Hard” and the “Song of Scheherazade” suite.  A bonus disc of BBC session versions show that Renaissance could conjure up the same magic without the orchestra as well.  If you don’t know this worthwhile band’s music, Live at Carnegie Hall is a perfect introduction.

As is a pair of new live albums from the Norwegian trio Elephant9!  Recorded during an extended Oslo residency, Psychedelic Backfire I and Psychedelic Backfire II (the latter with Dungen guitarist Reine Fiske sitting in) are two sets of unremittingly scorching jazz-rock improvisation.  Organist/keyboardist Ståle Storløkken spins out one mesmerizing solo after another, whether by himself or trading licks with Fiske, while bassist Nikolai Hængsle and drummer Torstein Lofthus stoke relentless, hard-driving grooves.  Whether subjecting Stevie Wonder’s “You Are the Sunshine of My Life” to a Bitches Brew-era Miles-style breakdown or building unstoppable momentum on “Habanera Rocket”, the music captured here is endlessly inventive and thoroughly compelling.

END_OF_DOCUMENT_TOKEN_TO_BE_REPLACED

I really was going to write about hearing Bill Bruford’s scintillating lecture “Give the Drummer Some: Distributed Creativity in Popular Music Performance” with a packed house at the University of Michigan’s School of Music.  But stuff happened.

As previewed here, two days after the Bruford lecture I traveled to New York City to perform at Carnegie Hall with the Grand Rapids Symphony & Chorus.  (How’d it’d go? 15 seconds of singing Beethoven’s 9th Symphony on The Today Show, 2300 in attendance on the night with multiple standing ovations, and a solid review from the New York Times — so it was cool.)  This was followed, not just by the renewed demands of workday life, but also by ten days of the death flu (from which I’ve finally recovered).

With all this intervening, the best thing is for you to do is check out Dr. Bruford’s lecture, as delivered last year at Edinburgh Napier University.  My impressions and photos will follow the jump:

END_OF_DOCUMENT_TOKEN_TO_BE_REPLACED

“The shape of it is perfect,” Bill Bruford once said of the title track of the 1972 Yes album, CLOSE TO THE EDGE.  It’s hard to dispute Bruford on this.  If Yes wrote a perfect track, it is certainly “Close to the Edge.”  Other songs might be more innovative, more melodic, more complex, or quirkier, but no other Yes song matches the intensity of “Close to the Edge.”

In his own recollections of writing the song, Jon Anderson claims to have been influenced by a dream, and the dreamlike imagery is rather strong.  He also believed it to be a comment on the various Christian churches all vying for superiority, with the song actually introducing a “majestic church organ” with a Moog, itself replaced once again by “another organ solo rejoicing in the fact that you can turn your back on churches and find within yourself to be your own church.”

END_OF_DOCUMENT_TOKEN_TO_BE_REPLACED

Further dates have been added to Bill’s series of talks on creativity in music performance … The trip ends appropriately enough in Cleveland, OH, at the Rock and Roll Hall of Fame for this recent inductee. Just to clarify: excepting the R&R HoF, these talks are gently academic in nature and not about Bill or his career per se. He will not be performing, but he is happy to autograph a book and one other item only, should that be requested.

Dates are as follows:

END_OF_DOCUMENT_TOKEN_TO_BE_REPLACED 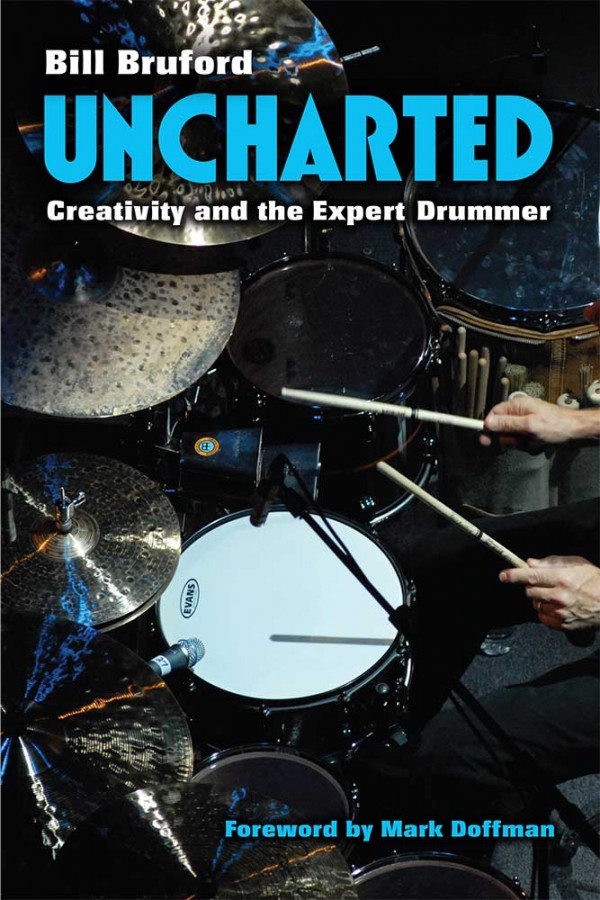 How many of your favorite albums has Bill Bruford played on?

All those amazing early Yes albums (oh man, who can ever forget the way the drums come back in along with Rick Wakeman’s organ solo in “Roundabout”?), plus King Crimson albums like Red and Discipline (to name just two of my favorites), not to mention his insanely great solo work (I will always love “Fainting in Coils” — am I right, Kruekutt?) and, all considered, it is undeniable that if anyone ever deserved 100 honorary doctorates for contributions to progarchy, that man would be Bill Bruford.

But now he’s Dr. Bill Bruford, and he earned the doctorate himself. You can download and read his dissertation (thanks, Internet!) or buy it this year in print because it is being published by the University of Michigan Press. 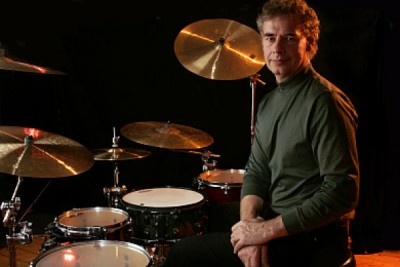 I still have a few more albums to listen to before finalizing my favorite new releases of 2017.  To warm up, here are the reissues from this past year that:

END_OF_DOCUMENT_TOKEN_TO_BE_REPLACED

I think it’s fair to say that this 8-disc set is going to be my reissue of the year.  It’s pure delight from first to last, covering three brilliant studio albums, two distinct live sets (one previously unreleased) and a fascinating batch of rough-draft outtakes — all spearheaded by paradigmatic progressive rock drummer Bill Bruford.

END_OF_DOCUMENT_TOKEN_TO_BE_REPLACED

It took me a while to get my hands on a copy of the late Allan Holdsworth’s new compilation, Eidolon.  It was well worth the wait.

What strikes me on the second listen to Eidolon is the seemingly endless flow of melody Holdsworth tapped.  Despite his stunning contributions to the first U.K. album, it’s clear in retrospect that the man wasn’t comfortable in a highly structured musical environment.  Like his hero John Coltrane, Holdsworth was much happier stating the tune at the start, in bebop head style, then seeing where he could travel with it.

Taking on the basic materials of scales and arpeggios from oblique directions, chaining them together into lightning fast, super-dense sheets of sound, slowing or stopping dead on a sustained note or an unexpected harmonic twist at just the right moment, all somehow connected to the chord changes he floated above — this is what Holdsworth brought to the Tony Williams Lifetime and Soft Machine, what he developed further in Bill Bruford’s band (before and after U.K.), and what he spent the rest of his life exploring.  From the evidence here, he never ran out of new territory to pioneer; minds were duly blown, and hearts were duly moved.

Despite the admiration and support of more famous shredders like Eddie Van Halen and Joe Satriani, Allan Holdsworth never broke through to wide acclaim. But Eidolon leads me to believe that the gift of music — especially of melody — always brought him joy. Kudos to Manifesto Records for their re-release of all of Holdsworth’s albums (compiled as The Man Who Changed Guitar Forever) and this excellent compilation — which you can check out below.