The prog universe is full of surprises. In my search for obscure prog bands I just happened to discover Universe.  Although not quite as profound or mysterious as the universe we inhabit, the band is by far one of the best American prog bands I’ve ever heard.  Mixing the sounds of Hawkwind and Syd Barrett era Pink Floyd, Universe successfully created their own acid rock sound.  Formed in the mid 1970s in California by Gary Paul Van and Dennis Lee Askew, Universe released one eponymous album in 1977, and what an album it was.  Before you even listen to the music, you should dedicate some time to appreciate the album cover for its psychedelic beauty.  I’ll let everyone appreciate it before I carry on. 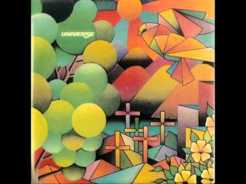 Notice the dove and the crosses on the cover.  There are religious overtones on this album.  The last song, titled “Light From Above,” is the most explicity  religious song on the album. The lyrics are not a distraction, however; rather, Van’s ethereal vocal work on each song only emphasizes the brilliant cosmic vibe (in the humble opinion of a self described connoisseur of space rock).  Each song is keyboard, synthesizer, and guitar driven and all are performed with equal dexterity.  Some highlights:

Touchdown features fine acoustic and electric guitar work.  It is the longest song on the album (about 10 minutes) and reminds me of the Yes masterpiece Awaken.

Dream is the “spaciest” song on the album and may remind some listeners of The Beatles’ psychedelic classic Tomorrow Never Knows.

Remember the Stars opens with a bang and transitions with cosmic delight to Light From Above; it is one of the best American acid rock songs I’ve ever heard and my favorite piece on the album.

This is another one of those albums that does not receive the attention it deserves.  All seven songs can be found on Youtube, but unfortunately none are for sale on iTunes.  Although Universe will appeal mostly to fans of acid and space rock, anyone who calls themselves a progger will enjoy this album (at least to some extent).

“Music is a moral law. It gives soul to the universe, wings to the mind, flight to the imagination, and charm and gaiety to life and to everything” -Plato

I bring to you, my fellow Progarchists, yet another fine American band that  would have been left in the dustbin of history if not for the saving graces of the Internet.  This group chose the rather optimistic name of Lift.  Hailing from New Orleans, Lift released one album in 1974, the curiously titled Caverns of Your Brain.  It is probably the best obscure prog album I’ve ever listened to.  All five band members are more than capable when it comes to handling the complex rhythms and lengthy compositions that distinguishes progressive rock from other musical genres.  Fans of Yes, ELP, Hawkwind, and even Premiata Forneria Marconi will enjoy this band.  Lead singer and flautist Courtenay Hilton-Green sounds similar to Jon Anderson (sans Lancashire accent) and Franz di Cioccio (of PFM fame).  Cody Kelleher’s bass guitar sounds similar to Greg Lake and, at times, Chris Squire (from his pre-Fragile days).  The standout on the album, however, is keyboardist Chip Gremillion.  His work on all four songs is comparable to that of Tony Kaye, and he does a superb job on each piece.  Guitarist J. Richard Huxen and drummer Chip Grevemberg are excellent on their respective instruments as well.  Here is a brief description of each song:

These are four well executed songs.  For those of you who enjoy the symphonic side of prog and the fantastic keyboards that accompany it, this is an album for you.  And for those who are not excited by keyboard driven prog, it is still an album worth listening to.

Hope everyone had an enjoyable beginning to the New Year.  Let’s hope it’s a good year for freedom!

Here is the full album:

So much to do, so little time…

With half-finished reviews of recent releases from Amplifier and Cosmograf still vying for my attention, I’ve not been feeling much enthusiasm for the idea of writing about my experiences at the recent HRHProg festival at Magna in Rotherham. Thankfully, Alison has spared me the trouble with her excellent account, leaving me free to try something different.

So here it is, in the form of Images Not Words (to misquote Dream Theater). Clicking on any of these photographs takes you to the Carousel, where you can view it at higher resolution and move between photos using the left and right arrow keys. Just a few of my photographs are included here; the full set can be viewed on Flickr.

Rachel & Keith of The Reasoning 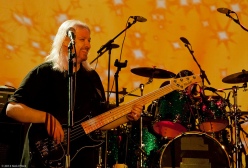 Matt Cohen of The Reasoning 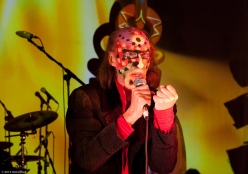 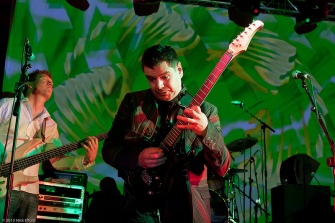 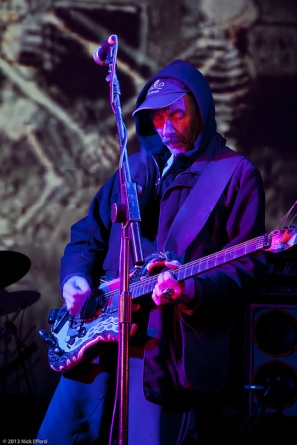 Max Read of The Enid 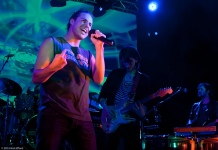 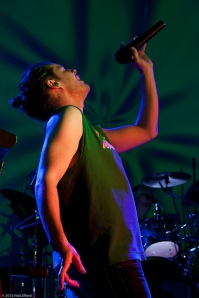 Joe Payne of The Enid