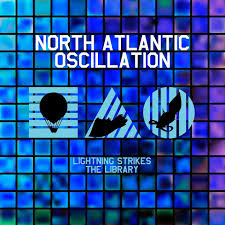 Granted, it’s only a full-eighteen seconds worth, but it’s eighteen more seconds then we had before. . .

Though NAO’s Sam Healy is not religious in the least, there might be something culturally reflective here.  I have no idea, frankly.  But, I’m sure I’m not the only who imagined the Jewish creation story when reading the title of NAO’s third album.

Whatever the origin of the title, I was actually prompted to re-reveiw the album because of listening to the NAO compilation, LIBRARY STRIKES THE LIBRARY TWICE.  Listening to  the three tracks on that “best of,” taken from THE THIRD DAY, and listening to them out of context gave me an entirely new perspective on the 2014 album.

END_OF_DOCUMENT_TOKEN_TO_BE_REPLACED

One of my all-time favorite musicians, Sam Healy (North Atlantic Oscillation), has his second SAND album, the extraordinary A SLEEPER, JUST AWAKE on sale for $9 (cd and download) or $6 (download).

Definitely worth taking advantage of.  SAND’s A SLEEPER, JUST AWAKE was certainly one of my top three albums of 2016.  Healy understands sound as well as anyone in the scene today (or yesterday).

I’m rather embarrassed to admit I missed this video when it came out.  Better late than never.  NAO is as good as it gets when it comes to prog-pop.  Extraordinary video and music.

As much as I’d like to start with something artsy (the album deserves it), I’ll just be really, utterly, completely, and totally blunt.  This album is extraordinary.  After a summer of horrors and violence (not personally, but around the world), this album seems like the necessary art to calm the savage soul.  I think this is, quite possibly, Healy’s best.

As I’ve written a number of times before when writing about Healy (solo) and about North Atlantic Oscillation, he does three things with unadulterated excellence.

END_OF_DOCUMENT_TOKEN_TO_BE_REPLACED

Time flies when you’re having fun listening to great music! 2014 brought in a bumper crop of excellent music in general, and prog in particular. Here are my favorites of the year:

Mr. Plant returns to his folk roots of Britain, and delivers a thoroughly enjoyable set of songs. A couple rock out, but this is mostly an acoustic tour de force that transcends any musical trends of the day.

This album didn’t garner the rave reviews of his first two, but I still think anything Mariusz Duda produces is far better than 90% of anything else out there. “Treehouse” may be my favorite song he’s ever recorded. 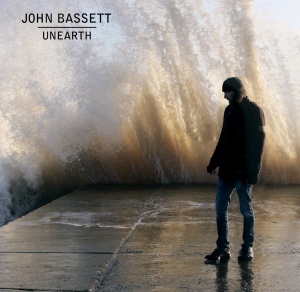 This album opened my eyes to entirely different side of Mr. Bassett’s talent, and I love it. I hope he does more music in this vein – thoughtful, melodic, acoustic pearls.

Mr. Wesley has been Porcupine Tree’s secret weapon when they play live, and on the side he has been quietly making extraordinary music of his own. Disconnect is his best ever, and it features the inimitable Alex Lifeson on “Once A Warrior”. 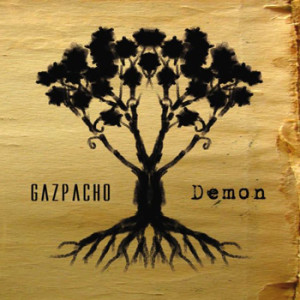 It took me awhile to get into this album, but it was definitely worth the effort. It is a beautiful package, from the artwork and lyrics to the music itself. The subject matter is very dark, but listening to the entire album is a cathartic experience. It also has Jan-Henrik Ohme’s strongest vocals to date.

Their third album, and the third one to make one of my best-of-the-year lists. Soaring vocals, gorgeous string arrangements, a wall of sound that is indescribably exhilarating. If Brian Wilson produced Catherine Wheel, it might sound as good as this. 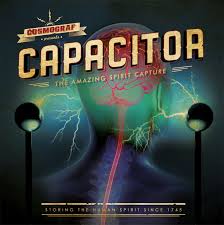 A marvelous steampunk trip through metaphysical dimensions. Robin Armstrong’s imagination knows no bounds, and his musical talent matches it.

Wow. No “sophomore slump” for this band. One of the many Neal Morse/Mike Portnoy projects that are active these days, Second Nature is an outlet for the more melodic side of their talents. Throw in the genius guitar work of Steve Morse, and this is an irresistible set of songs. 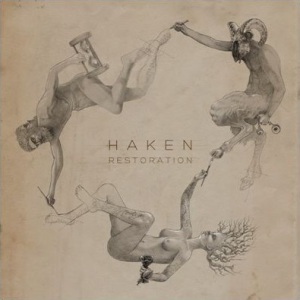 Their Mountain album was my favorite of last year, and the only reason this isn’t number one is because it’s only 34 minutes long. I admit it – I’m greedy for more Haken music!

With Kaleidoscope, Stolt, Morse, Portnoy, Trewavas finally become a real group. On earlier works, you could tell which bits were Neal’s, which were Roine’s, etc. Every song on Kaleidoscope is stamped with Transatlantic’s distinctive sound, and it is a glorious one.

I, for one, completely disbelieve that “rock is dead” or almost dead.  Many folks I could care less about believe this, and many folks I think the world of believe it as well.  I just can’t accept it.

If rock—or what passes as rock—has been so commercialized and corporatized to die because the huge companies don’t know how to sell, promote, and market a band or singer any more, too bad and tough luck.  My guess is that that band or singer lost its or her or his soul long, long ago.  Too bad by far.  If rock is corporatized, it’s really not rock.

And, frankly, I hope Rolling Stone and NME each die a quick death.  They were never more than glossy catalogues anyway.  They wanted conformity, not excellence.  In their pretense to fight the Establishment, they were the Establishment.  I could start citing Marshall McLuhan and Noam Chomsky here—two thinkers I admire immensely—but it’s not the intent of this post.  Despite my nasty introduction, this is meant to be a post of celebration.

The Incredible and the Magnificent of 2014.  Where to even start?  So much amazing music came out this year.  So very, very far from dead.  Not even close.

In no particular order (except for what I consider the absolute best-est of the year).

North Atlantic Oscillation, THE THIRD DAY.  I don’t think it would be possible for these guys to disappoint.  It’s obvious they put everything they have into the very structure and fabric of their music.  While I probably still prefer the more Mark Hollis-esque FOG ATLANTIC, The Third Day really offers some electronic beauty. 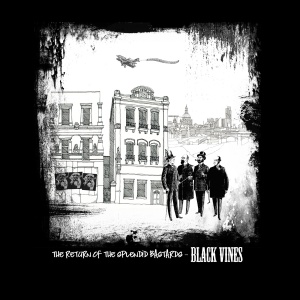 The Black Vines, RETURN OF THE SPLENDID BASTARDS.  Doubting my claim that rock is very much alive?  Pop this baby into the CD player, and I give you Exhibit A of how great and alive rock is.  Schnikees, this baby rocks.  This rocks like rock should.  Clever, intense, and driving.

The Ben Cameron Project, TIPPING POINT.  Only two tracks long, TIPPING POINT is one of the most interesting and traditionally proggish of all prog this year.  An album is integrity and beauty.  You have to immerse yourself in this one.  You’ll be well rewarded for doing so.

Jason Rubenstein, NEW METAL FROM OLD BOXES.  Talk about putting the “progressive” in progressive rock.  No, not the Woodrow Wilson kind of progressive.  The real kind—the kind that does actually advance something.  Rubenstein is a genius, and his music shows just how much creativity and glory one person can offer in this rather tragic world.  This is the soundtrack to every Dirty Harry movie that mattered, but presented with 2014 technology and sensibilities. 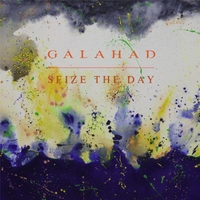 Galahad, 3 EPS.  Who wouldn’t love Stu Nicholson?  God made the man for us all to love and admire.  Here, he takes prog toward House music.  This is highly danceable prog, and yet it maintains that high intelligence that Galahad has always brought to music.  There’s nothing really new, just new ways of looking at old things.  A great success. 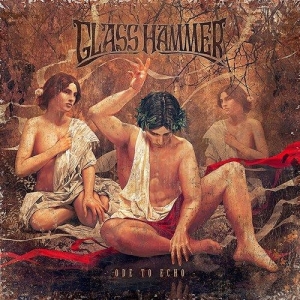 Glass Hammer, ODE TO ECHO.  Again, who wouldn’t love Steve Babb?  The guy radiates charisma.  This outing sees Glass Hammer turn toward the mythic and the pagan.  While generally open about faith, GH follows the path of C.S. Lewis, noting that the Christian is also the pagan, at least in his or her imagination.  The bass thumps, the drums rock (phew!), the vocals soar, as do the keyboards and the guitars.

And, the adventure continues in Part III. . . .