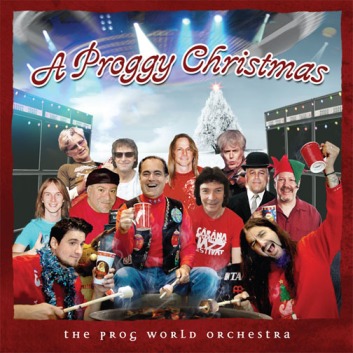 Every Thanksgiving night, we watch “Home Alone,” knowing perfectly well how successful Kevin’s antics will be.  This little ritual of laughs inaugurates the annual Christmas season for the Birzers.

From that showing of Home Alone until the arrival of the Three Wise Men on Epiphany, we celebrate the season of Christmas rather vigorously in our house.  Though we don’t put up the tree until the 24th of December, we certainly let the house ring with festive music–operatic, pop, classical, jazz, and rock.  Indeed, such music plays almost the entire season.

I must admit, I’m a big fan of Christmas albums.  There’s something about such familiar and comforting music being reworked in some kind of new fashion that almost always hits me in particular but probably predictable ways.

I am always especially impressed with artists who rework these Christmas classics, knowing that their songs will be judged by enduring and relatively rigorous standings.  In particular, I especially enjoy the Christmas music of George Winston, Vince Garibaldi, Sixpence None the Richer, Sarah McLachlan, and Loreena McKennitt.

This year, joining this impressive list is Neal Morse’s Christmas band, “Prog World Orchestra.”  Arriving on November 20 (Tuesday, a week from tomorrow) from one of the finest record labels around (Radiant), “A Proggy Christmas” offers a wonderful take on a number of holiday classics.  Not surprisingly–as this comes from the mind of Mr. Progressive himself–the production is rigorous, the music is serious but tinged with Morse’s humor, and a number of pleasant surprises await the listener.

The name of the group, “Prog World Orchestra,” is appropriate.  All of the members of Transatlantic (Portnoy, Trewavas, and Stolt), Steve Hackett, Steve Morse, and Randy George.  Portnoy is even “The Little Drummer Boy”!  Jerry Guidroz does his usual extraordinary mixing and engineering.

Songs include “Joy to the World,” “O Holy Night,” “Hark! The Angels Sing,” “Carol of the Bells,” and the aptly named “Shred Ride.”

While I’m thoroughly enjoying the entire album (breaking my rule of not listening to Christmas music until Thanksgiving), my favorite track is “Frankincense,” an absolutely brilliant collision of Edgar Winters and “Deck the Halls.”  I can’t help but smile for all 3 minutes and 53 seconds of the song.  I would love to know the story behind this song–especially how Morse came up with it.

The video featuring a rough-and-tumble Santa (is that Portnoy dressed as St. Nick?) fighting a mischievous Frankenstein is pretty great as well.  My kids and I have enjoyed watching it on Youtube several times.

My second favorite track is Morse’s rendition of “Carol of the Bells,” perhaps the most purely prog song on the album.  At almost eight minutes long, keyboard solos abound.

As I listen to this song, I can help but be reminded of Kevin running to his home after the conversation with the “South Bend Shovel Slayer” in the church in his neighborhood.  The clock tower bells are tolling nine.

Please don’t get the image that this album is in any way sacrilegious, as I’m afraid some of my above descriptions might very well seem to make it.  The music is certainly playful, but it’s never in bad taste.  Not in the least.  This is Neal Morse, after all.  Neither, though, is the album as a whole evangelical in the sense that, say, Morse’s excellent “God Won’t Give Up” is.  Perhaps the closest Morse gets to evangelical is in his delivery of the traditional lyrics of “Hark! The Angels Sing.”  Of course, if this song can’t be pro-Christian and evangelical, no Christmas song can!

Again, the album is done in good and respectful taste, but with definite prog and metal arrangements.  There’s an equal amount of jazz, pop, and big band in here as well.

My guess is that even non-proggers will immensely enjoy Morse’s take on Christmas as well.  Remember how wildly popular the Mannheim Steamroller/Fresh Aire Christmas albums were in the 1980s?  Some of Morse’s arrangements have that same feel, but “A Proggy Christmas” is much, much better.  The same is true, of course, of the Jethro Tull Christmas album.  Still, Morse’s is better.  This album might even be a great way to introduce a non-progger to prog.

Arranging and recording these ten Christmas classics, Morse’s efforts reveal how much more can be done.  Here’s hoping the Yuletide spirit possesses Morse for years to come.  Take my advice.  Run–don’t walk–to the Radiant Records store and treat yourself to a copy in preparation for Thanksgiving, Advent, Christmas, and Epiphany.