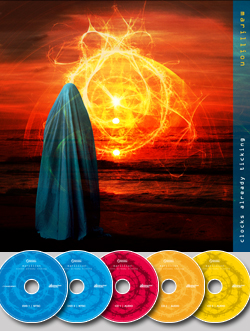 Ayelsbury, Buckinghamshire (April 16, 2013) – Crowd-funding pioneers Marillion have broken the record for World’s Fastest DVD Release by recording their live performance on the evening of Friday, April 12 and officially releasing the final product 10 hours and 31 minutes post-show at 7:03am!  The release is a live recording of their opening night of the UK Marillion Weekend in Wolverhampton!  Production teams “Toward Infinity” and Abbey Road’s “Live Here Now” pulled an all-nighter editing and producing the release, Clock’s Already Ticking, for a 2 DVD/3 CD souvenir package made available at the venue that morning.

Fans from across the globe can purchase the set at www.marillion.com.

Wolverhampton marks the finale of the three Marillion Weekend conventions scheduled this spring in three different countries, with more than 6500 fans in attendance!  The seventh biannual Marillion Weekend is the most unique music experience, wherein fans have an opportunity to not only see their favorite act perform different sets, three nights in a row, but also become immersed in the Marillion culture and history with various activities.  Please visit the following link for the official trailer: http://www.youtube.com/watch?v=kRoHD2OEDR4.

Marillion Weekend activities included “Swap the Band” – fans submissions earn a spot to perform with the band, the “Marillion Museum” – boasting limited edition items, stage wear and various items from the band’s history, fan Futbol match, Marillion Pub Quiz, charity 10K Run, and more.  There were also Merchandise Shops stocked with signature items only available at the events…thousands of items sold at each convention!  Additionally the nominated charity for 2013 was the Hoping Foundation.  There were various fundraisers over the course of the Holland weekend including charity raffle of a special book for all attendees to sign, that will include handwritten lyrics by h and signatures and photos of the band.  For more information on Hoping, please visit http://www.hopingfoundation.org/

Weekend one is for the purists.  A ‘residential non-stop party’ as they returned to Holland on March 8-10, 2013 at CenterParcs Port Zelande – imagine a seaside resort where all the residents are Marillion fanatics.  Attendance is north of 3000!

Weekend two was a teaser trek to North America, in Canada!  March 22-24, 2013, at the stunning Théâtre L’Olympia in Montréal where the performances features the three unique shows performed at the Holland weekend.

Weekend three is for those suffering the Petrol crisis in the UK, April 12-14, 2013, scheduled three nights at the Civic Wolverhampton. As with Montreal, the concerts will feature a different show every night and will be based around the shows in Holland.

Marillion are Steve ‘h’ Hogarth (vocals), Steven Rothery (guitar), Pete Trewavas (bass), Mark Kelly (keyboard) and Ian Mosley (drums).  Since 1997 Marillion have had an intimate relationship with their fans, beginning with the first ever fan-sponsored US tour fund.  They continue to pre-sell releases, even before the recording process begins.  The Marillion conventions are bi-annual and feature three separate weekends in three different countries, Netherlands, Canada and the UK.

You too can find a better way of life at Marillion.com