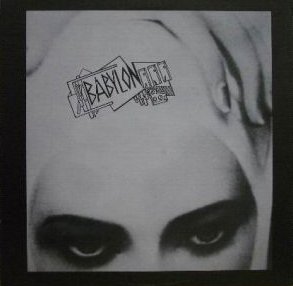 Following a busy (and triumphant) end to another college semester, I have finally returned to help bring to light those bands which would have been lost to history if not for the wondrous powers of the Internet.  There are many groups left to cover, and this Christmas week I would like to call your attention to a band called Babylon.  This Florida based quintet released one eponymous album in 1978.  It was an excellent effort but, due to lack of sales (the common cause of death amongst up and coming prog bands), the group disbanded shortly after the album’s release.  Nevertheless it is an album worth listening to.  Babylon has been compared to Genesis, but they are more than mere copycats.  Like Genesis, Babylon found its niche in the symphonic school of prog; their sound is primarily driven by keyboards and a guitar synthesizer (no flute is present, however).  The lead singer could best be described as a blend of Peter Gabriel and Peter Hammill, producing distinct and dramatic vocals.  Guitarist J. David Boyko was no doubt inspired by Steve Hackett’s unique sound, and he does some fine work on the album.  The individual members are comparable in sound (and nearly in skill) to the members of Genesis, but some of the lyrics are darker.  The music is of high quality and the sound is, for lack of better descriptors, tight and cohesive.  Here are brief descriptions of the four songs featured on the album:

Cathedral of the Mary Ruin: vocals sound like Fish and Gabriel; another fine keyboard and guitar synthesizer driven song

All four songs are over seven minutes in length and each is of the utmost quality.  It’s unfortunate this group never released another album, but thanks to Youtube and iTunes, prog aficionados from around the world can appreciate Babylon and groups like them.

Have a Merry Christmas and Happy New Year!