Review of Frost*, FALLING SATELLITES (Insideout Music, 2016).  Release date: May 27, 2016.  Tracks: First Day; Numbers; Towerblock; Signs; Lights Out; Heart-strings; Closer to the Sun; The Raging Against the Dying of the Light Blues in 7/8; Nice Day for It; Hypoventilate; and Last Day. 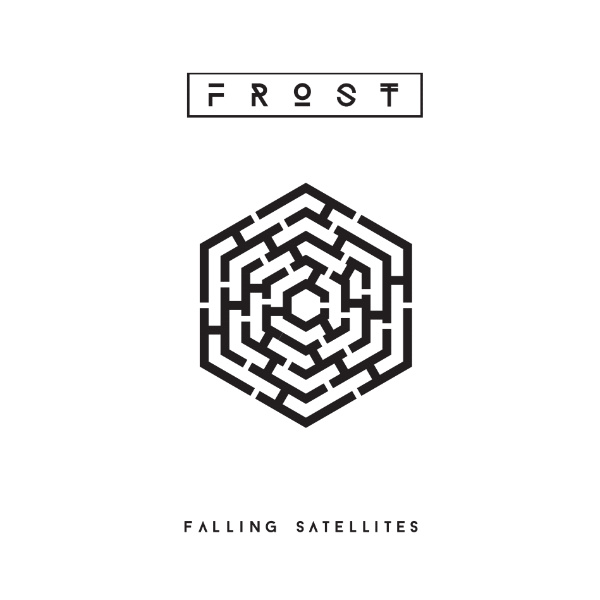 Our name is Frost*

How do you do?

We’re here today to play for you.

We’ve come all this way.

We came on a plane.

We’re from the U.K., where it always rains.

Apart from Nick and his beautiful locks—but he’s only on loan from his friends in Spock’s.

To play some songs.

That is why we are here.

Although we plan to also drink your beer.

Any fan of Frost* knows this full glorious intro by heart.  In the Birzer household, it’s one of those little things that helped me convince my wife and kids that prog was not just a brilliant genre of music, but also a rather hilarious one.  For years, we began every car trip (whether local and just around town or on one of our insane three-week odysseys into the American West) by playing this song.  Of course, being rather silly, we changed every instance of Frost* to Birzer*.

A little bit of familial pride, I suppose, but also always resulting in immense and prolonged laughter.

When Frost* first appeared in 2006, they seemed to be one of the most significant and best outgrowths of third-wave prog.  Carl Olson and I listened to them so intensely (emailing back and forth our ideas) that I got into the habit of trying to explain and evangelize prog music to my friends by claiming: 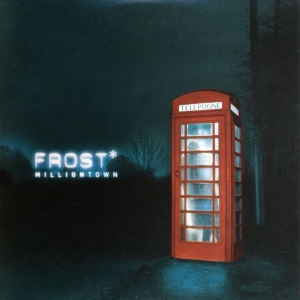 Indeed, Frost* came on fast and furious during the second half of the first decade of the twenty-first century.  MILLIONTOWN came out in 2006, EXPERIMENTS IN MASS APPEAL in 2008, and FROST*FEST in 2009, and THE PHILADELPHIA EXPERIMENT in 2010.  At some point, the band also recorded an interesting cover of ELP’s Copeland’s “Fanfare for the Common Man,” and Godfrey contributed an over-the-top keyboard solo to Big Big Train’s THE UNDERFALL YARD.

Godfrey would be almost manic on social media, reveal that he was utterly overwhelmed, and then disappear, only to reappear months later.  His website stopped and started and restarted.  When in hyper mode, Godfrey would make some of the funniest pronouncements on Twitter, then offer a tidbit about himself and the band, such as the huge influence NURSERY CRYME by Genesis had on Frost*.  This one surprised me a bit, but, in part, because only because Godfrey expressed shock that no one had noticed the connection yet.

Then, in 2013, Frost* exploded on the scene again, but, this time, somewhat unusually.  The band released two things: 1) a reworking of the first album, MILLIONTOWN and 2) a CD/DVD package called THE ROCKFIELD FILES.

Then, as quickly as Frost* had re-emerged in 2013, the band simply faded away again for the next three years.

Suddenly, we reach 2016, the horrific “Age of Trumpery and Clintonianism,” but with a nice ray of light breaking through our uglified morass called western civilization: Frost* is back and not with reworked songs from the past decade, but with brand new material, courtesy of Insideout Music.  The new album, FALLING SATELLITES, is 11 songs long, coming in at a total of 56 minutes.  The longest song is just short of eight minutes long, with the shortest song at a little over a minute and a half.

Though the whimsy of the first two albums lurks behind the corners of these new songs, the eleven tracks here are a bit more straightforward and more serious than their earlier counterparts.  Still, this is definitely Frost*, just Frost* a decade later, a decade more mature.  There’s still a sonic perfection as well as a dynamic flow that seems unique to Godfrey.  Godfrey can readily glide from contemplative and eerie (“First Day”) to punctuated and techno (“Numbers”) to spacey and minimalist, or from poppy (parts of “Lights Out,” for example, would not be out of place on a 1980’s XTC album) to Galahad-esque (“Heart-strings”) in mere moments.  Some parts of the album—especially the lyrics—are introspective while others are angry and righteously so.  While the whole of FALLING SATELLITES is an outstanding work of art, the last four songs are probably the best.  The whole album winds down rather beautifully into track 11, “Last Day.”

While Godfrey never shies away from recognizing those who have influenced him, he always makes whatever he takes into himself his own.  So, Godfrey might hear his own music and think of NURSERY CRYME, but we, the listeners, just hear the brilliance of Godfrey.

For prog, 2016 has been a strange year.  What seemed so utterly dynamic in 2012 or 2013 seems to have started to congeal and become something almost tapiocaish in 2016.  The prog scene, while definitely reaching a bigger audience than at any time over the last twenty years, also seems to be coming down in quality a bit, many bands and acts in the scene finding that middle point between sales and art.

Whatever one might think of him or Frost*–and I happen to think VERY highly of him—he is always his own man.  And, in this day and age, that’s something wonderful to find and necessary to praise.

In addition to being his own man, however, he also happens to be one truly interesting and excellent artist.

3 thoughts on “The Whimsy of Frost*”