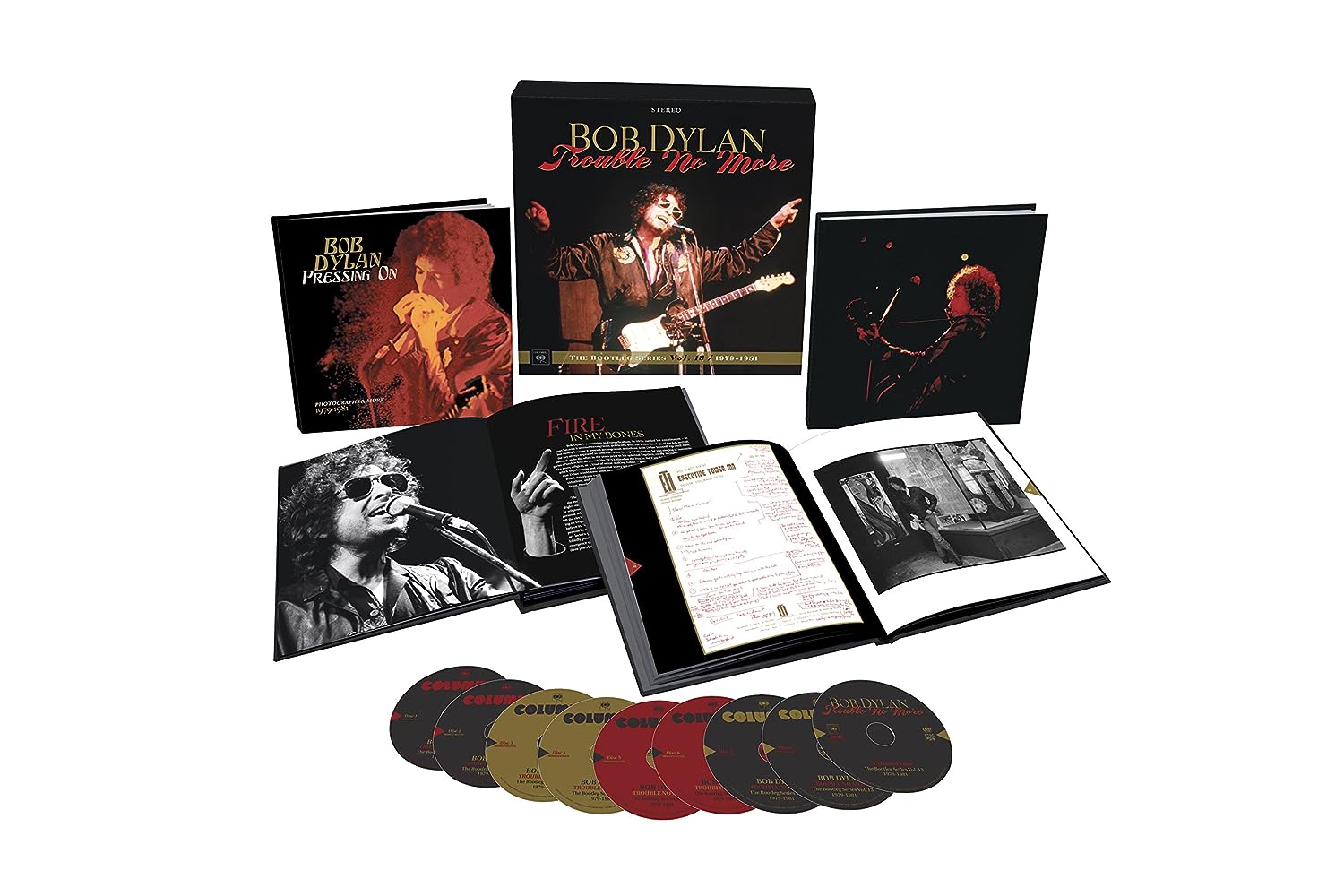 Dawn Eden has a theologically astute review of the Bob Dylan box set Trouble No More over at Angelus. Here’s a taste:

It is a long way from the almost pugilistic attitude of the opening track of “Slow Train Coming,” in which he announces in his best Bobby Zimmerman sneer, “You’re gonna have to serve somebody,” to the heart-wrenching introspection of the final track of “Shot of Love,” “Every Grain of Sand”: “There’s a dyin’ voice within me reaching out somewhere / Toiling in the danger and in the morals of despair … I am hanging in the balance of the reality of man / Like every sparrow falling, like every grain of sand.”

“Trouble No More,” in showcasing versions of those songs and dozens more from Dylan’s gospel period, affords a wealth of insights into what took place between those two moments. It is a moving chronicle of the believer’s journey toward the virtue of true Christian hope, in the sense that Aquinas means when he defines hope as desiring an unimpeded union with God in the manner of “a future good, difficult but possible to obtain.”

And so it was that, for a few years at the cusp of the 1980s, Woodstock Nation’s greatest revolutionary rebelled against rebellion itself, against the old enemy whom Saul Alinsky in “Rules for Radicals” admired as “the very first radical.” Although he afterward returned to secular music, he never disavowed it. In fact, in 2015, when receiving the MusiCares Person of the Year Award, he even indicated a desire to record another gospel album.

The only footnote to her analysis that I would add would be to argue that the subsequent track “Ring Them Bells” from Oh Mercy (1989) is one of Dylan’s best songs ever, right up there with the aforementioned “Every Grain of Sand,” because it epitomizes what Dylan learned in his Gospel period, and yet also signals a shift beyond his Vineyard theological training, both with its explicit mention of “St. Peter” and also its intensely mystical mode of vision.