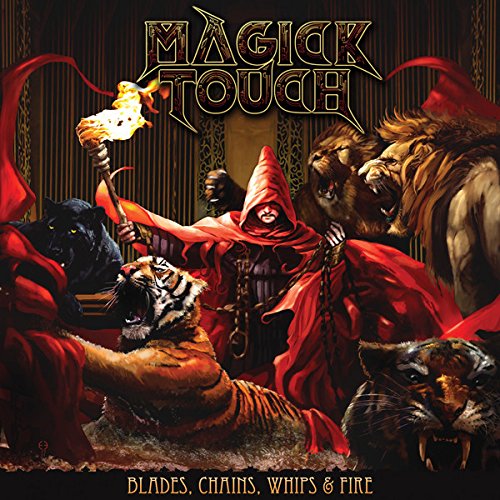 We’re only halfway into the first month of the new year, and already a solid, superfun metal release is with us. On January 5, the awesome new album from Magick Touch was released: “Blades, Chains, Whips & Fire.”

LOL! If you are like me, then you’ll say: excellent, dude! Bring on the old school!

This album is pure undiluted fun, and it’s totally guaranteed to lift your spirits on any down day.

Check out the (for me) especially standout tracks: “The Great Escape” (video below, complete with chains), the AOR adrenaline-fused “Believe in Magick,” the slick metal odyssey “Siren Song,” and the magnificent “After the Fire” (which is perhaps my fave headbanger here).

Who says you can’t travel back in time? It’s worth the trip! Especially if you’re a time lord on a quest for the best “dad metal” currently available before the March release of the new Judas Priest album.

Prog fans will note the running time of the title track, which concludes the album: 6:18. Yeah, baby!