Finally I have unpacked the trunk of album reviews that backed up last year, and this reviews catches up on two albums Bad Elephant released back in October last year, and which are worth having a listen to, before they unleash the new Tom Slatter album on the unsuspecting world.

The Far Meadow: Given the Impossible

Formed back in 2014 this is the first album on Bad Elephant from London based 5 piece, The Far Meadow and was released back in October last year.

As is common with so many of the wonderful artists signed to Bad Elephant, the band defy categorisation, veering from traditional progressive sounds to folk and back with a dazzling array of performances and sounds that make this an excellent album to listen to.

END_OF_DOCUMENT_TOKEN_TO_BE_REPLACED

Patchwork Cacophony is the solo project of multi-instrumentalist Ben Bell, (keyboard player with Fusion Orchestra 2, and now keyboard player with Gandalfs Fist) in fact it was Stefan Hepe (Fist drummer) who passed my details onto Ben who dropped a nice little note asking if I’d be kind enough to listen to this, his second ‘solo’ excursion under the Patchwork Cacophony name.

I duly downloaded the album, and was blown away by what I heard.

Bit of background first, Ben, as a multi-instrumental plays pretty much everything on here, apart from a couple of guest guitarists (more about them later) and in a small genre like ours, it’s easier for albums like this to slip out unnoticed and slowly build up their reputation by word of mouth, particularly if bigger bands have new releases out there.

END_OF_DOCUMENT_TOKEN_TO_BE_REPLACED

I seem to have spent most of the last few months catching up with a backlog of album reviews that have landed either on my door step or in my inbox which built up during a traumatic move, (I am never spending two weeks sleeping in the living room again!!) and so I fear this latter part of the year has been chasing my own tail, as whilst I’ve reviewed older albums, never ones have appeared!

My new Years resolution is to be more organised (honest!)

This is my first word on Bad Elephant Music this year, wrapping up some of their fine releases last year.

The Fierce and the Dead: If it carries on like this we’ll be moving to Morecambe

This is where it all began, and what better place for a shiny new remastered edition of TFATD debut long player to be released, complete with new artwork by Mark Buckingham, than their new home. BEM and TFATD have become synonymous with adventurous and eclectic music, and as some one who previously bought the original release from band camp, the remastering is absolutely superb, and does make a difference to the sound. Not that there was ever anything wrong with the production originally, but it’s like the difference between watching your favourite TV show on a normal telly and then switching to HD, it highlights certain nuances and little pieces of music on the album that you might have missed originally.

END_OF_DOCUMENT_TOKEN_TO_BE_REPLACED 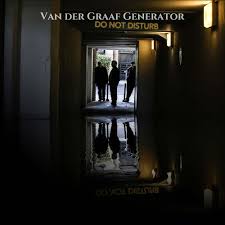 Revitalised as a trio of Hugh Banton, Guy Evans & Peter Hammill since 2008’s Trisector, this is the latest (and maybe last) album from one of the most innovative, exciting and original bands from progs first wave.

This was released back in September and it has taken me a while to get round to writing this review, due to as previously mentioned life getting in the way, and of course I needed time to live with and digest this album.

With the added shadow of this potentially being their last album, the mood of regret, or closure and a sense of finality hang over the record, which for my money is one of the finest they have produced in this latter period of their mighty career.

END_OF_DOCUMENT_TOKEN_TO_BE_REPLACED

It would be an understatement to say that this has been an eventful year for Mariusz Duda and Riverside.  As the year began, they were riding high on the success of “Love, 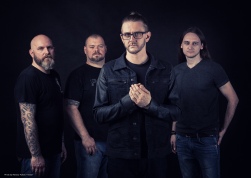 Fear, and The Time Machine,” and it seemed things couldn’t be going better.  But life doesn’t always cooperate, and February saw the tragic gut-punch of losing Piotr Grudzinski, which left Riverside’s future indeterminate for a time.

Duda himself, as I found out in the interview, lost his father some time after that.

It’s a lot to take, but some how Duda and Riverside soldier onward, as their recent announcement to continue as a three-piece attests.  I was fortunate enough to be connected to Duda for another conversation (my first one can be found here), as we discussed what he and the band have been through and where they are going from here.

Progarchy: Well, it has been an eventful year for you guys … how are you holding up?

Mariusz Duda: Thank you so much, every day better and better.  You know, time flies, and time also heals our wounds a bit.  This year for me, personally, has not been good because I lost my father in May.  So if you just imagine three months after Piotr’s death, I had a death in my family. Piotr was also my family.  Anyway, this year was not so happy, and I just needed time to recover.  But now I feel better and I have the strength to talk about Riverside and some other stuff, both in the past in the future.

END_OF_DOCUMENT_TOKEN_TO_BE_REPLACED

Six of the prog entries below are brand new. Four of them have previously appeared on my Top 10 Metal Albums of 2016 list. (What can I say? I like prog metal!)

All together, they constitute my Top 10 Prog Albums for the year of 2016.

I begin my list below with the six brand new entries, and I end it with the four previously announced “prog metal” masterpieces:

Headspace — All That You Fear is Gone

The Mute Gods — Do Nothing Till You Hear From Me

END_OF_DOCUMENT_TOKEN_TO_BE_REPLACED 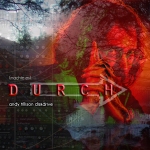 Andy Tillison Diskdrive, MACHTE ES DURCH.  Sadly, this release has gotten very little press, and, yet, as with all things Tillison, it’s simply genius and extraordinary.  When thinking of Andy and The Tangent, think intensity and integrity.  When thinking of Andy Tillison Diskdrive, think of taste and integrity.  On his solo albums (at least this one and the previous one), Andy has been exploring–rather expertly–jazz-rock-fusion.  He is a natural and a master. 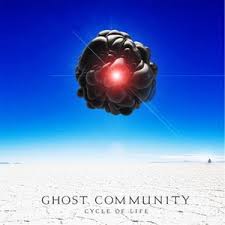 Ghost Community, CYCLE OF LIFE.  I’ve been rather joyously following the trajectory and art of Matt Cohen for almost a decade now.  The guy is simply put–the kind of guy you really, really, really want to support.  Whatever tragedies the man has experienced, he comes out on top and with an infectious joy.  Not only is his bass playing on this album gorgeous, but the album itself is just joy made manifest.  Imagine a truly progressive and non-cheesy Styx of 1975, and you have Ghost Community.  Probably more rock than prog, it’s what prog needs right now to keep some balance. (Notice, please, that I used some form of “joy” three times in this mini-review!)

END_OF_DOCUMENT_TOKEN_TO_BE_REPLACED

Among the Progarchy editors, I happen to be the resident metalhead. So, on that basis, here is my list of the 10 best metal albums of the year. I have listened to them many times with the utmost enjoyment. They each have aspects that grab you right away, while other aspects must grow on you over time. In any event, they are all musical achievements of the highest quality, and I give them each my highest recommendation.

The albums below are listed in chronological order. As each month of the year went by, it was clear which album I was listening to the most and enjoying the most. So, on it went to my Top 10 Metal playlist. By November it was abundantly clear, simply from my daily listening habits, what my top 10 picks for the year are. So, here they are, but please note that I will also publish a supplementary “pure prog” Top 10 list later on this month. For now, here is the metal list.