Welcome to Part 2 of Yet Another ‘Best Of’ List!

After presenting that montage of my top sixteen albums from 2017 in Part 1, it’s time to start ranking them. So here we go, from sixteenth place to ninth place…

A controversial release, given the opinion of some that ‘The Tangs’ should have bowed out gracefully following the death of founder and last remaining original member Edgar Froese a couple of years ago. But Thorsten Quaeschning has proven himself a safe pair of hands, more than capable of moulding the ideas and musical thumbnail sketches that Edgar left behind into something that is most satisfying, and recognisably a TD album. Definitely worth a listen if you are a fan of the band, or of electronic music in general.

Charlie’s taken time out from bass-playing duties with Knifeworld and his various other musical projects to produce his first solo release – and very good it is, too! An utterly delightful collection of subtle and fascinating compositions, some with a distinctly oriental feel, played largely on acoustic instruments. Charlie handles guitars & sitar, and a host of others play everything else (among them various other members of Knifeworld, and Haken’s keyboard maestro Diego Tejeida). Particular highlights are The Earth’s Answer, Garden Of The Mind and closing track Apotheosis.

This deserves to be so much better-known. When trying to promote it to fellow proggers, I’m still unable to find a more succinct analogy than likening it to Kate Bush doing her own The Lamb Lies Down On Broadway. As with Gabriel’s Genesis swansong and comparably lengthy high-concept pieces such as Tales From Topographic Oceans and The Wall, there are moments of lost momentum here and there, but overall this is admirably bold and inventive stuff.

Manchester’s leading proponents of the heavy groove rarely fail to deliver, and this is a worthy addition to their repertoire. Huge filthy riffs abound, not least in the magnificent Kosmos (Grooves Of Triumph), but there are moments of delicacy too, notably in the acoustic guitar-infused Anubis.

12. The Tangent – The Slow Rust Of Forgotten Machinery 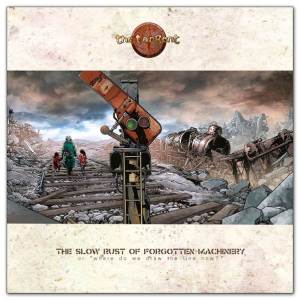 I’m a huge fan of The Tangent, but for some reason this hasn’t quite gelled for me as much as their two previous releases – else it would certainly have been placed more highly in this list. Nevertheless, there’s some excellent music to enjoy here. Doctor Livingstone (I Presume) is superb, simply one of the finest prog instrumentals I’ve heard, and the lyric twist at the end of A Few Steps Down The Wrong Road is painfully delicious the first time you encounter it. Andy Tillison’s prodigious talent hardly needs to be highlighted further, but the contributions that Luke Machin and Marie-Eve de Gaultier make to this album deserve a special mention. 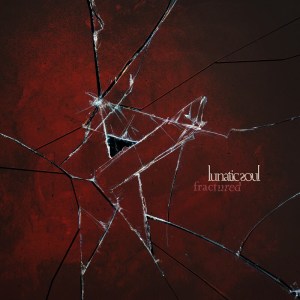 The fifth album from Mariusz Duda’s Lunatic Soul side-project is a deeper excursion into electronica territory than its predecessors. Risky, perhaps – but the result is a hypnotic, bewitching triumph, certainly the project’s boldest, and arguably its finest, release to date. Picking highlights is difficult, but Anymore, Red Light Escape and the title track stand out for me. Highly recommended.

If not quite reaching the stellar heights of last year’s magnificent Folklore, this is, despite its rather prosaic title, another fine offering from one of the best prog acts – indeed, one of the best bands – around. Particular highlights for me are the dramatic and powerful album opener Brave Captain, the duet with Judy Dyble on The Ivy Gate and closing track As The Crow Flies.

9. Isildurs Bane – Off The Radar 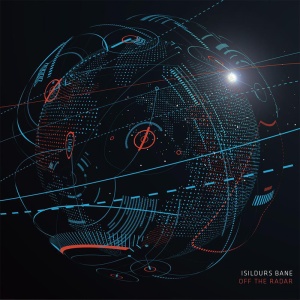 A late discovery for me – and one of these cases where an album just grabs you, for reasons you can’t fathom entirely.  Opener Drive! (Part 1-3) sounds like something North Sea Radio Orchestra would do, albeit less sparse in its arrangement. Elsewhere I’m reminded variously of Pierre Moerlen’s Gong, Tangerine Dream and late-period Talk Talk. This is complex and challenging instrumental music, promising much satisfaction from the exploration of its many layers. Personal favourites are the intricate ten-minute epic Xenolith and the beguiling laid-back groove of Goodbye Berlin.

Stay tuned for my top eight albums, in Part 3!…