2012 has been a fantastic year for progressive music. I’ve listened to a huge pile of albums and still don’t feel like I have scratched the surface of all the great material that’s out there at the moment. I know of albums that would probably be on my ‘Best Of’ list if only I’d had the time (and money) to hear them in full before now – Katatonia’s Dead End Kings, Mörglbl’s Brutal Romance and The Void from Beardfish spring immediately to mind. But a list must be produced, so let’s activate the ERTEM and get on with it!

First, some restrictions. My list considers only original releases of full albums from 2012: no reissues or remixes and no EPs. (Hey, I’ve got to simplify things somehow, OK?)

I’ll also split my list into three parts: ‘Highly Commended’, ‘Top 5 Contenders’ and ‘Top 5’. To avoid the paralysis of indecision, only the last of these will actually be ranked; the other two will be listed alphabetically.

We’ll begin with my Highly Commended category: 10 albums that I have enjoyed hugely this year. 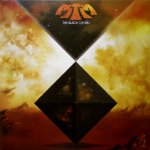 Follow-up to their 2009 debut The Weirding, boasting higher production values. Variously described as ‘retro’ or ‘classic’ in sound, I suppose because of the liberal use of Hammond organ and Mellotron. I don’t know what you’d call it, but it’s trippy, atmospheric and darned good! The epic title track is particularly splendid.

A big brooding monster of an album from the stoner prog legends, probably their best yet – although I have yet to hear the follow-up that appeared recently, No Sadness Or Farewell. (Yes, you read that right: two albums in one year). Pretty much how I’d expect Pink Floyd to sound if they’d all been born 25 years later. 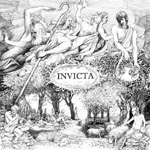 How do you even begin to categorise such a unique band? Some people simply don’t ‘get’ The Enid, but if your tastes encompass the classical or symphonic, there’s a good chance you will fall in love with them. This latest release features a wonderful new lead vocalist, Joe Payne. There is high drama here – think opera or musical theatre – but also moments of great beauty and delicacy.

Given my innate scepticism regarding supergroups, I really wasn’t expecting this to be as good as it is. Album opener Blue Ocean starts off like a more upbeat version of a track by The Doors, and Kayla is a superbly catchy pop anthem. There’s even some real, honest-to-goodness prog in here, in the form of long-form album closer Infinite Fire. A thumbs-up to all concerned; on this evidence, the second album really will be something to relish.

What can I say? A set of well-crafted, tasteful reinterpretations of classic Genesis tracks spanning the entire Hackett era, plus new versions of a few songs from his solo career. Call me a heretic, but I think some of them improve upon the originals. There are things on here that will make you smile and probably one or two that will make you frown, but discovering which is part of the fun. See my review for more details! 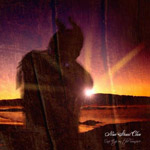 Nine Stones Close – One Eye On The Sunrise

The follow-up to 2010’s Traces. Powerful and atmospheric, achieving true Floydian grandeur in places, with plenty of long liquid guitar solos that would would make Dave Gilmour proud. The excellent vocals of Marc Atkinson – sadly now moving on to pastures new – are also worthy of note. Stand-out tracks are probably The Weight and Frozen Moment.

Alan Reed – First In A Field Of One 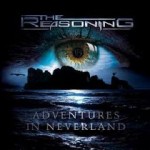 The Reasoning – Adventures In Neverland

Reviewed elsewhere in the hallowed pages of Progarchy. A real statement of intent from a band still mourning the disappearance of former guitarist Owain Roberts. I might quibble with the production, which needs to be more crisp and dynamic, but the songs are very good – particularly those on the second half of the album.

Shadow Of The Sun – Monument

Debut album from ex-Reasoning guitarist/singer Dylan Thompson’s new band. More straight metal than prog, with only hints of The Reasoning here and there. A very enjoyable blend of heavy stuff with one or two quieter and more mellow pieces. Definitely worth a listen.