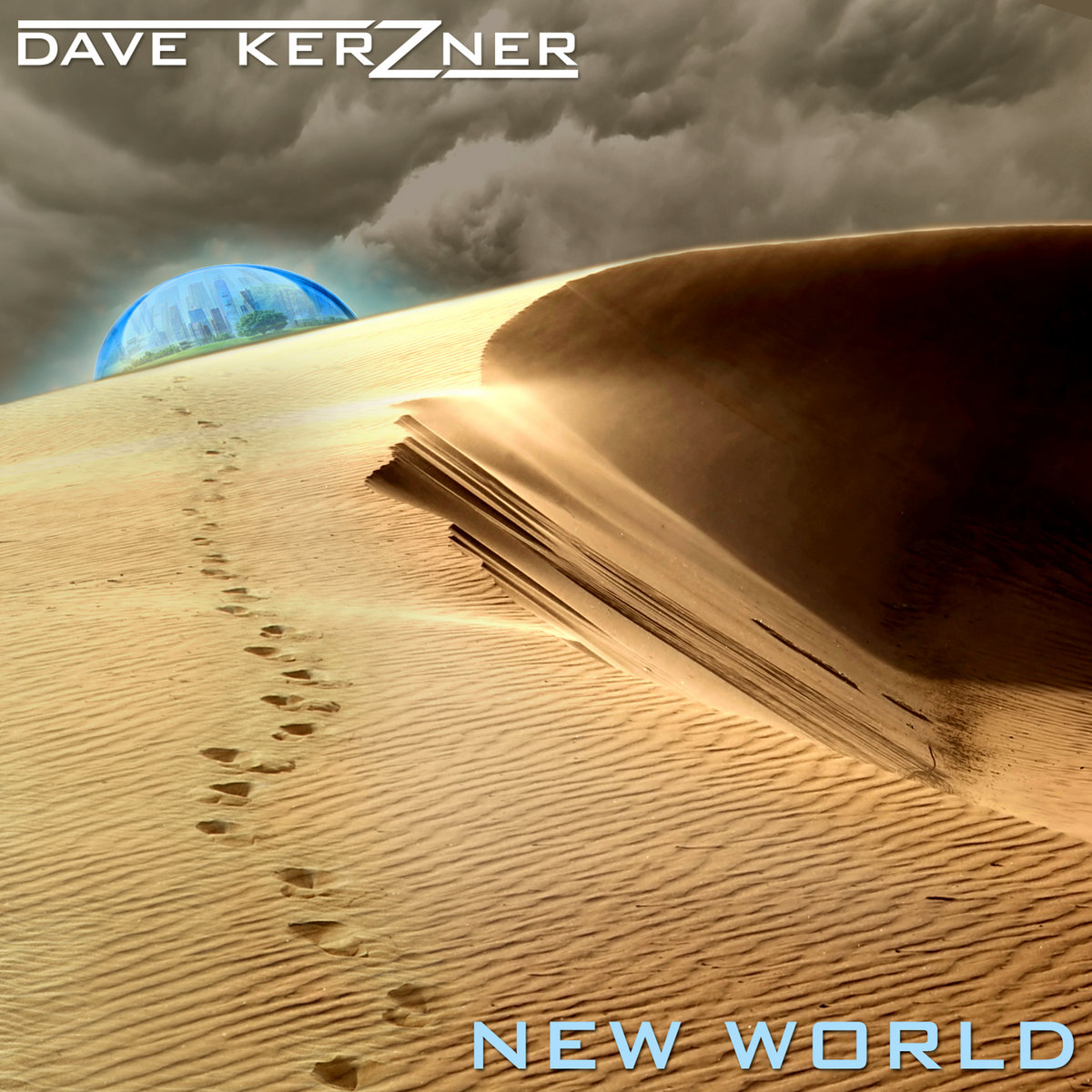 With Dave Kerzner’s sonic marvel, New World, I today finish sharing with you my Top Ten Prog Albums of 2014. It’s been an incredible year for music, as the best of 2014 began with the release of the new Transatlantic, and then ended with this prog masterpiece from Dave Kerzner.

Tracks 1 and 11 on their own (“Stranded” [Parts 1-5: “Isolation,” “Delirium,” “March of the Machines,” “Source Sublime,” and “The Darkness”] and “Redemption” [“Stranded” Parts 6-10: “The Oasis,” “Resilience,” “High on the Dunes,” “Mirage of the Machines,” and “To the Light”]) would have been enough to make this a two-song Top Ten album, as together they comprise a 28-minute, ten-movement top-flight prog journey. But instead the two tracks are epic bookends to a concept album that tells a story with nine other amazing tracks between the bookends.

There are a number of great influences that can be heard on this album. It’s like Dave asked himself, “What could I do to make a prog lover smile from ear to ear?” and then went ahead and did it, with detail after detail. Dave is his own man, and transcends all his great influences, while simultaneously paying homage to them. You will begin listening to this album and be amazed that it sounds like a side three of Dark Side of the Moon, where in an alternate universe Genesis showed up and combined with Pink Floyd to rock further into the beyond. And no wonder: Steve Hackett actually shows up to provide wonderful guitar work on Parts 3, 9, and 10 of the epic “Stranded” bookend tracks.

Dave himself is able to sound somewhat like David Gilmour and his vocals on this album establish him as major force in prog. But even above and beyond his vocal charisma is the fact that he is now the Keyboard King of Prog, which he shows on this album with its incredible array of keyboard colors and textures. One of my favorite moments (on an album chock full of them) occurs in the song “The Lie” where, after Fernando Perdomo dazzles us with a virtuoso guitar solo, Dave comes in unexpectedly with a cool 80s synth sound and makes us smile from ear to ear. If I collected keyboards like Dave, I am sure I could identify the synth model that generates this distinctive retro sound, but the important thing is that it shows you what kind of guy Dave is and what he is up to on this album. Namely, every moment is obviously him saying to himself, “What would be awesome here…?” and “Hey, let’s try this… oh yeah!! That’s it!!! Hahaha!!!!” It is uncanny how Dave has a magic ability to surprise and excite us with his new sonic soundscapes and yet at the same time reference what is familiar to us from the history of prog. It is this “genius blend,” of the familiar old, blended with the articulation of the visionary new, that distinguishes this album. How many albums can you think of that pull this off, where they sound completely and astonishingly new, and yet feel familiar and comfortable, like an old friend? Dave does it!

The album is nicely paced between tracks that are bridges in the storytelling and that reward repeated listens because they reveal their subtle charms more slowly, and those tracks that arrest your attention immediately with their prima facie brilliance. I call these latter tracks the “event songs,” because their arrival instantly declares an undeniable excellence that is immediately convincing and appealing to even the general listener. For me, these “event songs” are all the odd numbered tracks, since they immediately show themselves to be instant classics accessible to all: i.e., in addition to the opening and closing bookends, we have “The Lie,” “Crossing of Fates,” “Ocean of Stars,” and “Nothing” that are undeniably rare events in the history of rock: unforgettably great songs channelled by perfect musicianship. The only exception to my “odd numbered track” rule is “My Old Friend,” which is obviously also an “event song,” (don’t believe me? I defy you not to think of Pink Floyd as Dave sings, “Hello…”); but that’s okay, it gets to be a special exception because it is the central track in the sequence, as 6 comes in the middle of 1 and 11, and it is obviously a totally epic prog guy move to have three “event tracks” positioned in the centre of your album: “Crossing of Fates,” “My Old Friend,” and “Ocean of Stars.”

Perhaps you might wish to quibble with my favorite tracks on this album; my favorites may be all the odd-numbered ones (because during the even-numbered ones I am always anticipating what is coming next), but no doubt you might have your own particular favorites. After all, who can deny the greatness of a track like “Into the Sun,” especially at the spine-tingling moment where Dave sings, “Brace yourself for impact”? This is a brilliant album and surely we can all agree to call it an “event album” — in its entirety.

With its arrival this year, we have witnessed what it is like to be present at the creation and dissemination of a seminal moment in prog. Don’t miss downloading this album this year and getting in early on what is destined to become a classic album for the ages. Nick D’Virgilio on drums is perfectly teamed up with Dave and Fernando, and I hope we will hear much more from this astonishing trio (and their parade of prog guest stars — be sure to read the jaw-dropping album credits!) in 2015. I can already predict that the Deluxe Edition of New World will be a highlight of next year.