Snakes and Arrows, Rush’s 18th studio album, came out on May 1, 2007.  It was the last Rush album to be distributed by Atlantic, but the first to be produced by Nick Raskulinecz.  Snake and Arrows was profoundly progressive, but it was also one of Rush’s blues-iest album, almost certainly influenced by their EP, Feedback, a 30th anniversary tribute to the bands the three members loved in the 1960s.  And yet, even the blues on the album is mischievous, an inversion or twisting of blues, propelling the flow into more classical progressive directions.

The album also sees the return of Peart, the cultural critic and observer.  The first track, “Far Cry,” begins with the harrowing “Pariah dogs and wandering madmen,” a commentary about the evil in society and those who would sell their own souls and become evil to destroy the other evil.  Each, tellingly, is a fundamentalist, “speaking in tongues.”  The track begins, musically, with a psychedelic blues feel.  This was not the world we thought we would inherit, Peart laments.

You can almost feel the current flowing

You can almost see the circuits blowing

Even when we feel we might actually make something right, the world spins and we find ourselves rolled over. 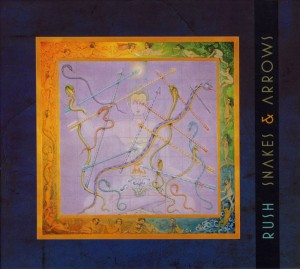 Track Two, “Armor and Sword,” considers what we might do to protect ourselves and the ones we love from the insanities of the world.  Little, it seems.

Confused alarms of struggle and flight

Blood is drained of color

By the flashes of artillery light

No one gets to their heaven without a fight

The battle flags are flown

At the feet of a god unknown

No one gets to their heaven without a fight

Sometimes the damage is too great

Or the will is too weak

What should have been our armor

Becomes a sharp and burning sword

Even when we diagnose our problem and attempt to correct it, we mistake our defense for our offense.

Taken from observations Peart had regarding an older, married couple, “Workin’ Them Angels,” track three of the album, considers the grace of life, the things that go well when we definitely deserve such help.

I’ve been workin’ them angels overtime

Riding and driving and living

So close to the edge

Riding through the Range of Light to the wounded city

Filling my spirit with the wildest wish to fly

Taking the high road to the wounded city

Memory strumming at the heart of a moving picture 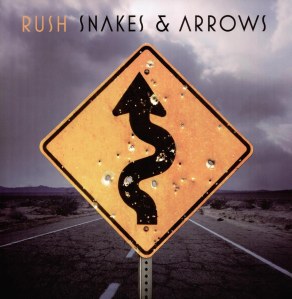 Using the same title as a chapter from his memoirs of his bicycle trip across West Africa, The Masked Rider, Peart reflects on justice and injustice in the fourth track, “The Larger Bowl.”  Why does one person have so much while another has nothing?  Why does one do little but find everything he needs to live well, while another works his entire life but experiences disaster after disaster?  “It’s somehow so badly arranged,” he laments.

These first four songs really serve as a prelude to the album that is Snakes and Arrows, as track five, “Spindrift,” begins a relentless journey of majesty until track thirteen, “We Hold On.”  If there’s a flaw in any of these nine tracks, this author has missed them.  Peart earns his natural historian hat as he considers the natural phenomenon of “spin drift,” the lyrics matching the music perfectly—haunting, swirling, and mesmerizing.

As the waves crash in

On the western shore

It makes me feel uneasy

The spray that’s torn away

Is an image of the way I feel

The same happens with relationships, too.  “What am I supposed to say?” the lyricist pleads.  “Where are the words to answer you, when you talk that way?”

After a rocking instrumental, “The Main Monkey Business,” the lyrics return with “The Way the Wind Blows” and the listener experiences the perfect inversion of the traditional blues rock song.  With a title harkening back to Bob Dylan, the song begins with a standard blues rock guitar progression.  At forty-five seconds into the song, the rhythm changes completely, and the track becomes a swirling mass of prog and, frankly, beautiful, driving confusion, but complete with a refrain that might have come from a Crosby, Stills, and Nash protest song, circa 1968.  In many ways, “The Way the Wind Blows” is Rush’s finest statement of purpose in their four decades of existence.  Lyrically, it mocks those who would allow the times and the spirit of the times—especially if fundamentalist and anti-rational—to sweep over them and to shape their fate.

Now it’s come to this

Now it’s come to this

It’s a plague that resists all science

It seems to leave them partly blind

And they leave no child behind

While evil spirits haunt their sleep

While shepherds bless and count their sheep

Again, as if to tweek the band’s critics, an instrumental—“Hope”—comes after “The Way the Wind Blows,” followed by Peart’s updated version of “Free Will,” “Faithless.”

I don’t have faith in faith

I don’t believe in belief

You can call me faithless

But I still cling to hope

And I believe in love

And that’s faith enough for me

The song is a paean to individualism and freedom of rational decision making.

Track ten, “Bravest Face,” embraces even the smallest things of life, while also recognizing—much like “Lock and Key” (1987)—that each person has a number of levels to his or her emotional desires and the manifested will.  Lifeson’s guitar blazes with blues riffs.

The best we can agree on

Is it could have been worse

What happened to your old

You know the one with stars

That revolve around you

Beaming down full of promises

As if to put an exclamation point on the previous song, thus challenging Rand’s egoism, Rush follows it with a brief instrumental entitled “Malignant Narcissism.”

The final track, “We Hold On,” once again offers a Stoic determinism. How many times, it asks, are we ready to give up, to surrender, and to flee.  Winston Churchill supposedly once claimed that if you’re going through hell, make sure you keep going.  This is Peart’s sentiment as well.

How many times must another line be drawn

We could be down and gone

But we hold on

While the press had come to love Rush after Peart’s tragedies, and a multitude of stories about the band appeared almost everywhere throughout the media, very few sources actually reviewed Snakes and Arrows.  Nastily, Rolling Stone gave the album three out of five stars, claiming “If you’re Rush fan, add two stars; if not, subtract two.”  In contrast, their old British stalwart, Geoff Barton, proclaimed the album glorious.  “The masters are back.  They have assumed control.”

This piece is an excerpt from my biography of Neil Peart: Neil Peart: Cultural (Re)Percussions (Wordfire Press, 2015) 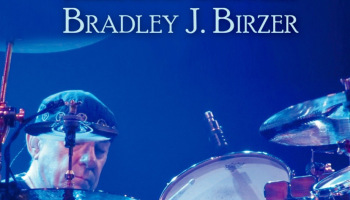 And, if you want more progarchy on Rush, here’s a handy list!

The Saving Grace of Neil Peart – Essay by Brad Birzer

3 thoughts on “It’s a Far Cry: The Genius of Rush, Snakes, and Arrows”